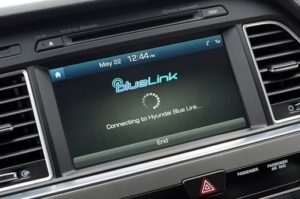 Verisk and Hyundai executives last week reported strong customer interest in usage-based insurance, a demand which could lead to greater automaker-insurer collaboration on the underwriting and claims side.

“This is soon becoming the year of the connected car,” Mortimer said. One Markets and Markets study put the value of connected cars at $72.9 billion, growing to $219 billion by 2025, she said.

OEMs and insurers both have a stake in leveraging those vehicles to satisfy customers, according to Mortimer. About 36 percent of policyholders might defect from insurers after a “claim event,” and 40 percent might switch auto brands, Mortimer said.

A Hyundai presentation to the conference said the OEM had checked with its vehicle owners on their interest in usage-based insurance, which uses telematic data from actual vehicle trips to set rates based on factors such as how well or how much customers drive.

About 46 percent found such insurance a “highly appealing” prospect, and 30 percent called it one of the Top 5 features they wished to see soon, according to Hyundai vehicle technology planning senior group manager Cason Grover.

They can have such a policy with the help of Hyundai’s $99/year telematics Blue Link platform, which as of the 2018 models is now free for the first three years of ownership. Mortimer said Hyundai owners in 2017 alone used the platform for nearly 8 million health checks and 5,000 automatic collision detection notifications.

Trying to wrap your head and plan your business around trends like OEM certification and connected cars? Learn more during the SEMA show in Las Vegas with “The Evolution of OEM Network and Expectations” and “The Future of Telematics, Technology and Transportation and the Collision Industry.” The Nov. 1 sessions are part of the OEM Collision Repair Technology Summit portion of the Society of Collision Repair Specialists’ Repairer Driven Education Series Oct. 29-Nov. 2. Register here for individual RDE classes or the series pass package deal.

This year, Hyundai initiated a partnership with Verisk to share vehicle information with the company, which is one of the data exchanges taking raw information from a variety of sources and converting it into something that a user like an OEM or insurer can conveniently interpret. (It’s like how the three credit bureaus take a bunch of disparate financial data and boil it down to a three-digit number everyone understands.) Mortimer said Verisk sees about 15,000 data messages a minute and 16 million a day.

“It’s all about normalizing that data,” Mortimer said.

It also makes for easier B2B communications. OEMs couldn’t “possibly work with every insurance company,” Mortimer said. Instead, Hyundai can offer owners the option to receive premium quotes based upon their driving. If the motorist says yes, Verisk facilitates that communication. Mortimer said Verisk talks to regulators on an “often basis,” and they are “very excited” at the idea of using actual driving information rather than a crude proxy like age or sex.

“That is where the future will be,” she said. Verisk’s driving score has been approved by regulators in 43 states, she said.

Many Hyundai owners are opting to receive such offers “right at the dealership,” she said.

About 90 percent of customers have opted to share data with OEMs and Verisk for telematics services, and about 60 percent are opting in to receive offers from insurers based upon their scores, according to Mortimer.

“They want to know what’s out there,” she said.

Customers want value-added services like driving feedback (which if done right can actually improve driving) in the apps they use every day, especially an OEM app, Mortimer said. She said Verisk sees 70 percent to 90 percent of customers using their OEM’s app, citing General Motors’ OnStar as one particularly loved. Telematics also facilitates immediate OEM or insurance referrals from the scene of a crash — something with the potential to disrupt the collision repair marketplace.

Mortimer said Verisk is also running a program with key OEMs to connect their customer to insurance companies and get them to a “certified” or “direct repair shop.”

She also said that while luxury OEMs are a little hesitant to embrace usage-based insurance over the possibility it’ll criticize their luxury clientele’s driving skills, the automakers are interested in telematics that could help those consumers after a crash.

Verisk and Hyundai executives at Connected Car Insurance USA 2018 reported strong customer interest in usage-based insurance, a demand which could lead to greater automaker-insurer collaboration on the underwriting and claims side. (Verisk slide; photo by John Huetter/Repairer Driven News)