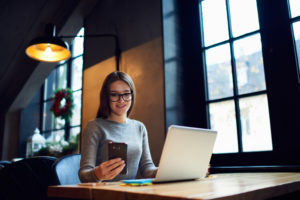 In what a California Autobody Association lobbyist called “Great News,” the California Bureau of Automatic Repair has adopted regulations confirming modern technological means are acceptable ways for shops and customers to communicate and document repair decisions.

“This is much needed change in current law and will help streamline the authorization process for both shops and customer,” CAA lobbyist Jack Molodanof wrote Thursday.

The BAR announced plans for the regulation in September 2017, noting that its records requirements were developed “several decades ago, during a time when records such as estimates and invoices, as well as customer signatures, were primarily in writing.” (The Automotive Repair Act which created the BAR and launched such regulations was adopted in 1971.)

“The proposed regulatory action modernizes these requirements, particularly in response to the use of information and communication technologies in automotive repair businesses and their potential for improving efficiency and transparency,” it continued.

“The primary reason for the new regulations was to allow for electronic authorizations (e.g. text messages) rather than wet signatures so to streamline the estimating process for both consumers and shops,” Molodanof wrote in an email Friday.

The BAR indicated in September 2017 it was trying to clarify such digital authorizations were OK and oral communication didn’t have to be just “in person or telephonically,” as the existing regulations defined it. Videoconferencing was fine too, for example, the BAR noted. “Oral” was redefined to anything involving a “voice.”

Electronic communication was redefined to more than simply email or fax. Now, it’s anything “relating to technology having electrical, digital, magnetic, wireless, optical, electromagnetic, or similar capabilities.” That ought to hold California repairers pretty well, even through even wilder future technology.

The new regulations also clarify that a shop doesn’t have to hand-write important documents like estimates — electronic versions are fine too.

“Adding this language is necessary to clarify that estimates, work orders, and invoices may exist in either written or electronic form,” the BAR wrote in September.

This is all great news for shops and customers, and something shops and officials in other states might want to emulate. We’d bet some of your regulations are similarly archaic and could stand freshening up.

Seems silly perhaps, but you don’t want an nitpicky regulator or angry customer using the letter of the law to make life difficult for you. (“Hey, I know you have my text messages, but the rules say you need a signature for authorization. I’m not paying you.”)

Molodanof pointed out that shops will use multiple phone numbers in ads for tracking purposes, and argued to throw out that the phone ad rule entirely or just require that when “a telephone number appears in advertising, the number shall be assigned to the dealer and listed in a marketing directory, online source or similar designation.”

The BAR thought about it and decided to throw out the phone number-in-ad requirement altogether. It explained:

BAR has determined that the listing of telephone numbers on advertising or on signage does not need to be regulated beyond Section 3371’s general prohibition against publishing or making false or misleading statements or advertisements. As a result, subdivision (b) of section 3371 has been stricken from the regulations. An ARD may have multiple phone numbers for different parts of its business operations and listing all numbers on an ARD registration application would be impractical. With the widespread use of cell phones and remote call centers, a telephone number may not be easily traceable to the location where an ARD is performing motor vehicle repairs. There are now numerous companies providing a variety of telecommunications services and the annual publication of a directory listing all telephone numbers in a geographical service area is a thing of the past. As customers often telephone ARDs to schedule automotive services and repairs, it is in an ARD’s best interest to display accurate telephone numbers in its signage and advertisements. An ARD registration number, name and address are sufficient for BAR and customers to identify and locate ARDs for investigation and enforcement purposes. Removing this archaic advertising requirement will be of benefit to ARDs without diminishing consumer protections.