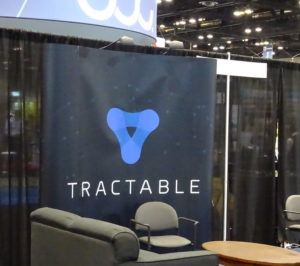 “Using a series of aliases and fake names, Tractable fraudulently gained access to CCC’s proprietary platform, including CCC ONE® Appraisal Platform and CCC ONE® Estimating …, and used that fraudulently-obtained access to analyze and probe CCC ONE, eventually representing to potential customers that it had the ability to integrate with CCC ONE,” CCC wrote in the Oct. 30 lawsuit in the U.S. Northern District of Illinois. “CCC brings this action to obtain redress for Tractable’s fraudulent and illegal misappropriation of CCC’s proprietary and confidential information.”

Tractable has not yet filed a formal legal response to CCC v. Tractable and requested more time from the court to do so. Though CCC opposed the delay, the court on Tuesday granted Tractable an extension until Dec. 21.

However, Tractable CEO Alex Dalyac in a statement Monday denied incorporating CCC’s intellectual property and called the lawsuit an attempt to stifle a competitor.

“We were surprised and confused by the CCC complaint,” Dalyac said in the statement. “Our first indication of any issue was CCC’s filing. We welcome the opportunity to address it transparently with the industry.

“We want to be very clear: Tractable’s AI does not contain any CCC intellectual property. We believe related claims are unsubstantiated and will fold under legal scrutiny.

“We’ve reviewed the complaint from CCC and see it for what it is: an attempt by an incumbent to block a competitor introducing newer, better technology that could challenge it in the marketplace. …

“Four months ago, as part of our $20 million venture financing found, we went through an exhaustive due diligence process that looked at every aspect of our operations, including scrutiny of our IP.” 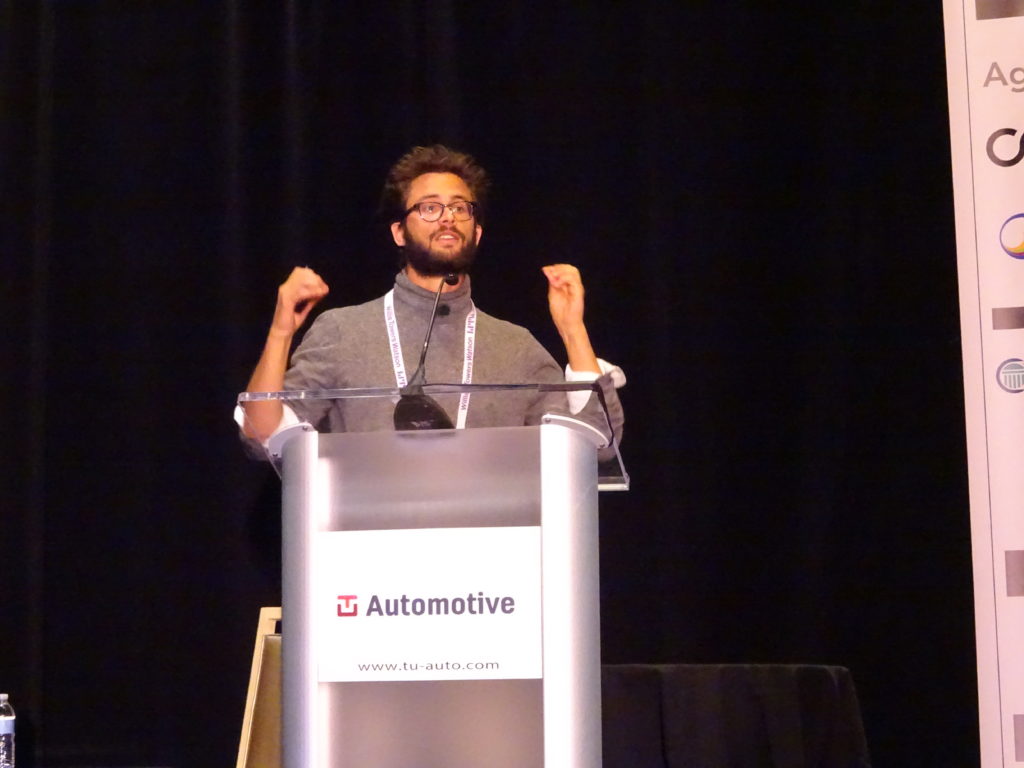 According to CCC, a party claiming to be “JA Appraisal” bought a CCC ONE independent appraiser license around Aug. 23, 2017. CCC called that company “fictitious” and “a front for Tractable,” noting that its address was “associated with a guitar repair shop,” and no company by that name was registered in California.

“The proprietary CCC ONE platform is the cornerstone of CCC’s business, and as such, its data and algorithms are highly confidential,” CCC told the court. “CCC ONE contains a wealth of data, including (as relevant here) prices of replacement parts, hours of labor to replace/repair parts and vehicle refinish time … Much of this data is derived from relationships with third-party sources that CCC has cultivated over decades as well as highly proprietary algorithms and calculations. The CCC ONE platform was created and is maintained for the benefit of CCC. The value of the integrated CCC ONE platform is well in excess of hundreds of millions of dollars.”

Dalyac said Tractable did buy the license anonymously, “in line with our understanding that CCC grants licenses to thousands of entities without scrutiny into their corporate affiliation. He also said the company used its license “like any independent appraiser.”

“Had CCC been aware of Tractable’s true intentions, CCC would not have granted Tractable (or “JA Appraisal”) a license to use CCC ONE,” CCC wrote in the lawsuit. “Tractable knew this, and in order to surreptitiously take advantage of the integrated platform of CCC ONE, Tractable registered for the license under the fake name ‘JA Appraisal’ under the customer type ‘independent appraiser.'”

CCC said Tractable violated its independent appraiser terms of use.

“The license obtained by ‘JA Appraisal’ is conditioned on the independent appraiser working with insurers in the business of generating estimates for vehicle repair,” CCC wrote. “This limitation is an essential element of a legitimate license agreement, which expressly prohibits the appraiser from (among other things): copying or making derivative works of the programs; electronically transmitting the programs and/or services from one computer to another over a network, including the Internet; deriving or attempting to derive the source code, source files, or structure of all or any portion of the programs and/or services by reverse engineering, disassembly, decompilation or any other means; or using the programs and/or services and documentation for the benefit of any entity other than the independent appraiser.”

CCC wrote that the “JA Appraisal” account added new users around Nov. 29, 2017, Feb. 1, 2018, and March 13, 2018. All of those users agreed to terms of use banning them from “(among other things) copying or making derivative works of the programs, using the programs in any manner not expressly authorized by the agreement, compiling estimate data for the purpose of creating a database, or accessing the programs outside of the United States.”

CCC began to investigate after customers began mentioning connections between it and Tractable, starting in April. 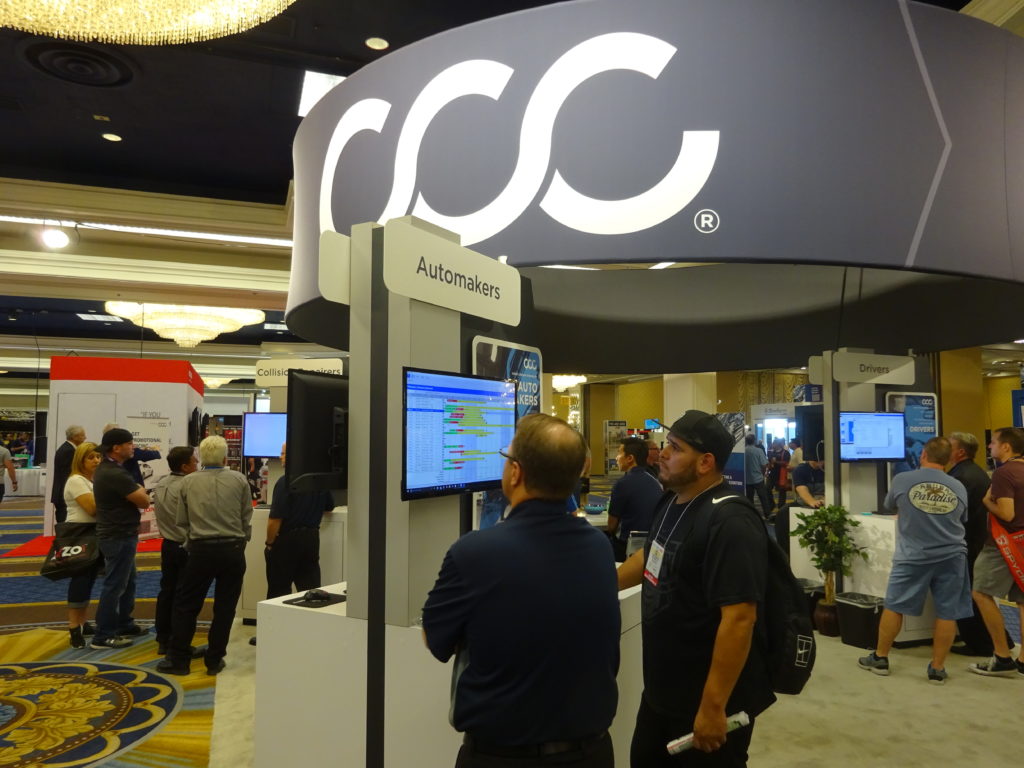 “In or around April of 2018, one of CCC’s customers informed CCC at an industry conference that a company called Tractable had represented that it could write its own vehicle damage estimates offline and populate its estimates into CCC ONE, using the platform to communicate Tractable’s purported estimate to insurers,” CCC wrote. “Tractable purportedly did this in a way that made the estimate appear as though it was generated through CCC ONE. CCC did not believe Tractable’s purported use of CCC ONE was technologically possible, particularly since Tractable never obtained a license from CCC to use CCC ONE.”

Two more CCC customers in September and October 2018 said they saw Tractable estimates “that appeared to be written by CCC ONE.”

CCC wrote in the lawsuit that Tractable per se didn’t have a CCC license, but a search for terms including “Tract” and “Tractable” revealed:

a. Six (6) users registered under the entity “JA Appraisal” that had abnormal usernames incorporating the term “Tract” (e.g., “Tract Spec1”);

b. An email address from a Tractable domain (“@tractable.ai”) that was used to register “JA Appraisal” on CCC ONE;

c. Numerous cases where names appeared in workfile meta data that were later discovered to be known Tractable employees;

d. A phone number and California address listed on the “JA Appraisal” license for “Jason Chen” was associated with the former Head of U.S. Business and Product Development at Tractable, Xing Xin, on the license agreements signed by “JA Appraisal;” and

e. That at least some of the “JA Appraisal’s” estimates in CCC ONE reference “Tractable.”

CCC wrote that Tractable created about 1,100 workfiles “based upon a mix of real data, such as vehicle identification numbers, and created data, such as fake customer names.” Among the red flags, according to CCC, was the existence of “estimates for low dollar amounts that do not represent normal distribution of claim dollars in the industry, but are more typical of photo estimates written for low-velocity impacts.”

It accused Tractable of using those files to “perform structured tests of CCC ONE in an attempt to replicate its algorithms and mimic its software logic and/or database.”

Another 1,000 files seemed to use real data “supplied by an insurance company that also works with CCC,” the information provider wrote.

It accused Tractable of “generating its own estimates for these workfiles using its AI technology and manually overriding CCC’s system to input those estimates into the CCC ONE platform, making the estimates appear as if they were prepared through CCC ONE. Upon information and belief, Tractable would then communicate the estimates to insurance companies in the CCC ONE proprietary format that is unique to CCC.”

The lawsuit includes customer service transcripts between CCC and alleged Tractable employees from “JA Appraisal” — include one user CCC notes suspiciously gives the name “Dean Kamen.” (The same name as the Segway inventor). In the transcripts provided by CCC, the customers ask if they could import external estimates into CCC, and CCC agents explain that only collision repairer licensees can import EMS estimates.

“On information and belief, Tractable engaged in this conduct in an attempt to generate estimates that appeared to be generated through CCC ONE,” CCC wrote.

Tractable said it was just using CCC to meet its own customers’ needs.

“We purchased the license to accommodate client preferences for connecting to their workflow,” Dalyac said. “We paid for a standard license and made use of it like any independent appraiser.”

We asked CCC if collision repairers who wrote their estimate in Mitchell or Audatex because of OEM network requirements or personal preference and then converted or rekeyed the data into CCC to meet a direct repair program obligation would be risking a lawsuit. (After all, the documents would “appear as if they were prepared through CCC ONE.”) CCC said no.

“Not at all, those entities would be legitimately licensed to use CCC ONE, unlike Tractable,” CCC wrote in an email. 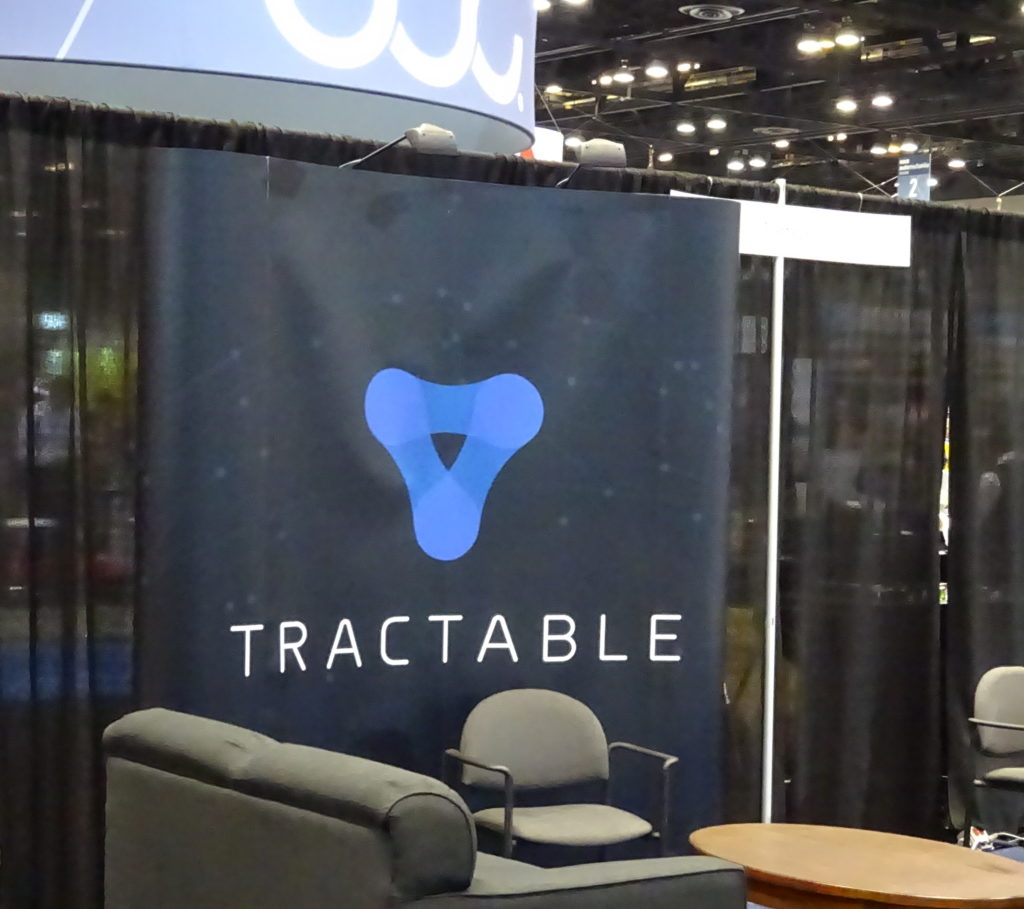 It also accused Tractable of trademark infringement (since Tractable allegedly wasn’t authorized to use the CCC or CCC ONE trademarks) and false designation (for allegedly using those marks to “confuse, mislead, and deceive insurers, vehicle repair shops, and others into believing” its estimates were really tied to CCC.)

“CCC have launched a lawsuit without attempting any dialogue for resolution,” Dalyac said. “We believe CCC sees Tractable as such a threat that they are taking extreme steps to slow down our market adoption. Efforts to stymie innovation hurt insurers and the overall industry.”

CCC demanded the court order Tractable to quit using the CCC ONE platform and CCC’s trademarks; destroy or return anything it received from CCC; and never mislead anyone that Tractable’s products are related to CCC. CCC also seeks statutory, punitive and compensatory damages and restitution as well as attorneys fees. CCC also noted it deserved “exemplary damages” for Tractable’s alleged “willful and malicious” violations of the state and federal Trade Secrets Acts and treble damages for Tractable’s alleged “knowing, deliberate, malicious and willful” trademark violations.

The lawsuit appears to follow a split between Tractable and Mitchell, which in 2016 announced it had entered into an exclusive partnership to bring Tractable’s photo estimating technology to Mitchell WorkCenter. A year later, Mitchell announced in October 2017 it would leverage the partnership to offer insurers a way to double-check repair or replace decisions.

He said Mitchell had no comment on CCC’s litigation, which alleges improper Tractable behavior dating back to at least August 2017.

CCC alluded to a split between the two companies in the lawsuit, hypothesizing this led to Tractable’s alleged misbehavior.

“Tractable’s need for CCC’s data and software seems to stem from the recent termination of Tractable’s partnership with another technology company,” CCC wrote in its complaint. “On information and belief, however, that partnership dissolved recently and seems to have precipitated Tractable’s attempt to fraudulently use CCC ONE to obtain some of the same data and technology that it previously obtained through that relationship.”

The CCC logo can be seen above the Tractable booth at NACE 2017. (John Huetter/Repairer Driven News)

Tractable uses artificial intelligence to identify parts of a car and the damage to those parts based on photos of the vehicle. It trained the computer using what CEO Alexandre Dalyac characterized Sept. 6, 2017, at Connected Car Insurance USA as a “gold mine” of hundreds of millions of insurance industry estimates and accompanying photos. (John Huetter/Repairer Driven News)