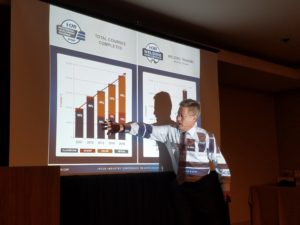 I-CAR on Thursday reported the collision industry grew to 8,329 shops having achieved either Gold Class or Road to Gold by the end of 2018, a 21 percent increase over 2017.

CEO John Van Alstyne presented data at a media event tallying 6,818 Gold Class shops by the end of 2018, nearly double the 3,667 from 2015. He called it a “pretty substantial chunk of growth there.”

“We’re OK with it going down,” he said. Besides, I-CAR was going to eliminate Road to Gold anyway in February (Feb. 28) as a response to shops abusing the concept, according to Van Alstyne. A Road to Gold shop failing to reach Gold Class by the cutoff date will be stripped of its designation. Shops that clinched Gold Class by an unspecified date under the old rules were to get up to two years to bring themselves up to the tougher Gold criteria launching in April. 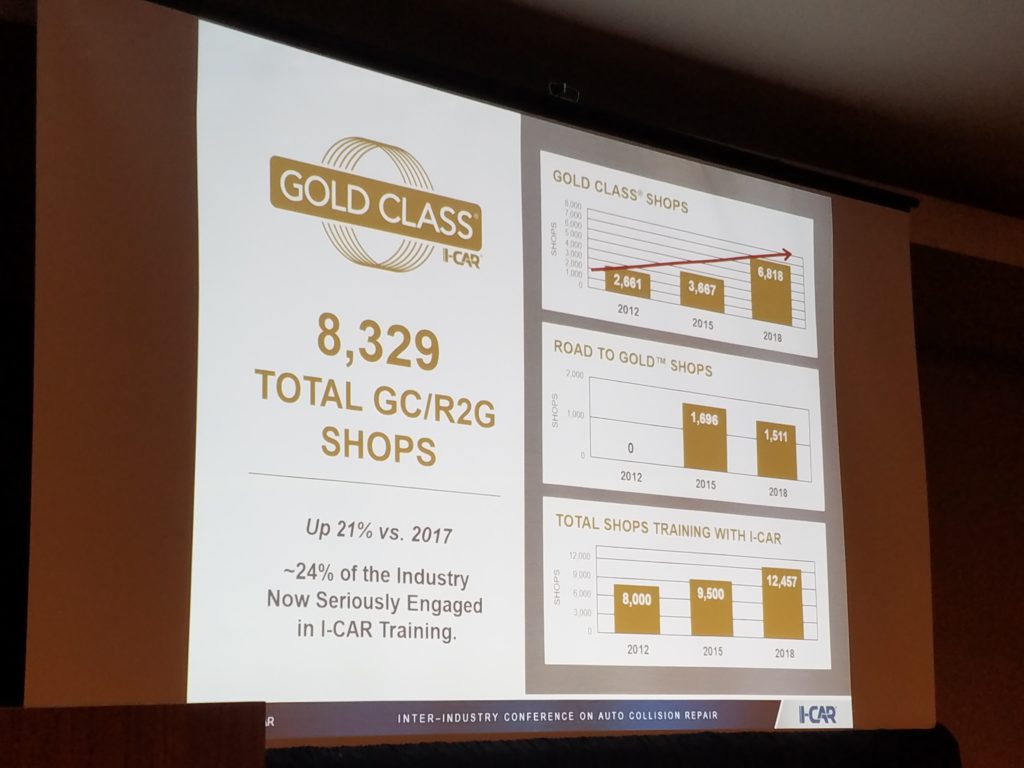 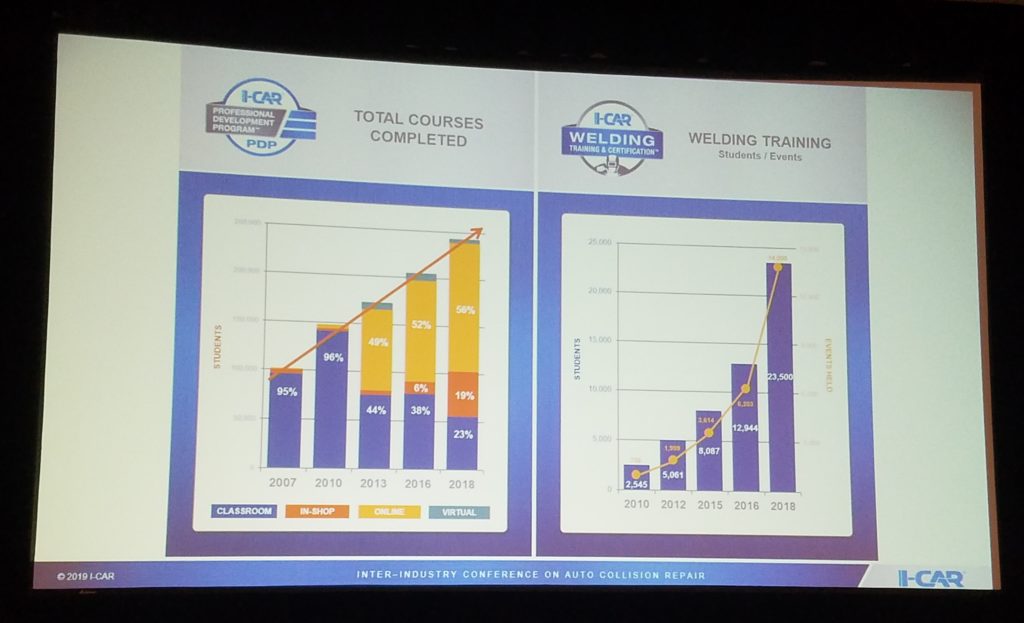 “We can thank State Farm a bit for that,” Van Alstyne said, calling the No. 1 insurer’s decision to require its direct repair program facilities to complete all three welding segments “fantastic.” 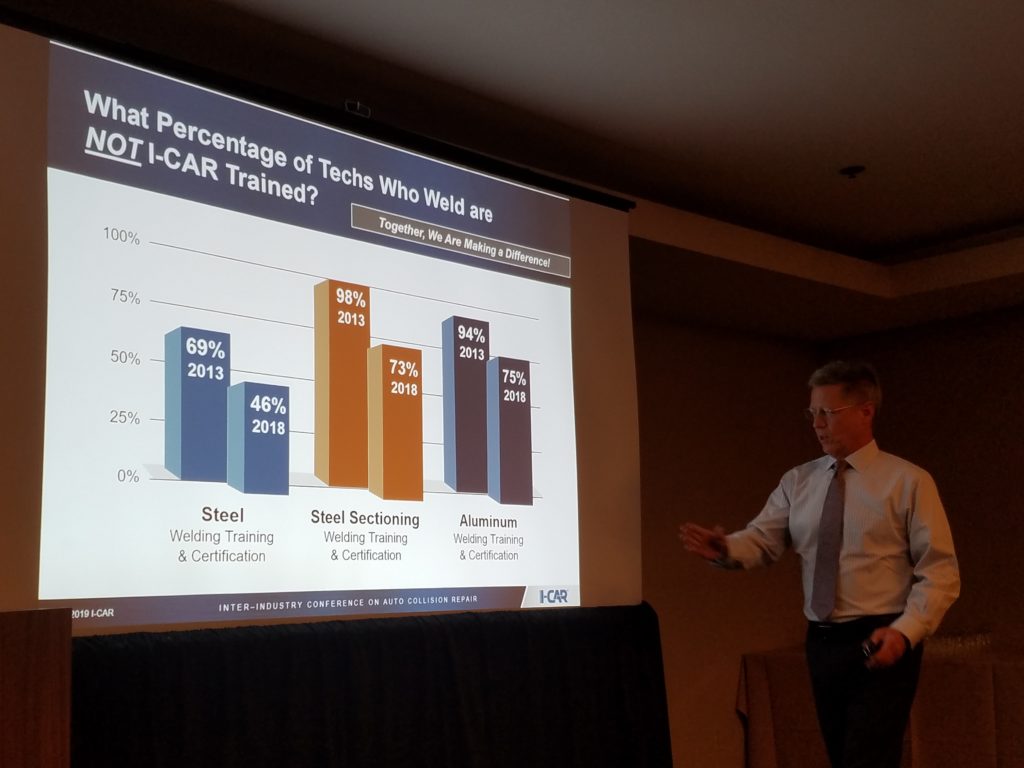 About 73 percent of technicians who welded lacked I-CAR’s steel sectioning training, which while pretty dismal is still better than the 98 percent of the industry I-CAR projected in 2013. Van Alstyne said the 2018 data indicated that while I-CAR was “quite busy,” it still had a large opportunity to help the industry.

Three-fourths of technicians welding aluminum didn’t have I-CAR’s relevant credential, down from an estimated 94 percent in 2013. Van Alstyne noted that aluminum credentials still tend to be optional.

This I-CAR slide from the Jan. 17, 2019, Collision Industry Conference demonstrates the growth in welding events and students over the past few years. (I-CAR slide; photo by John Huetter/Repairer Driven News)