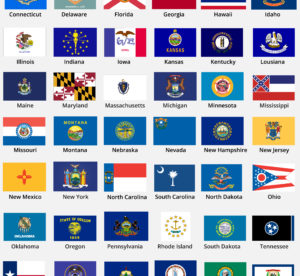 A few states’ insurance regulators have told SCRS they either consider it “reasonable” that the cost of following automaker repair instructions be reimbursed in a claim or expect that an insurer claiming procedure exclusions would have put it in the customer’s policy.

The Society of Collision Repair Specialists had asked insurance departments in 50 states and Washington, D.C., if anything held “insurers and insurance policies sold in your state accountable to recognize manufacturer documented procedures as a basis for settling claims and loss indemnification.”

The 28 state and District of Columbia insurance agencies who responded generally said nothing in state law/regulations formally compelled insurers to reimburse OEM procedures or just told SCRS to look up a regulation itself without offering any help on interpreting it.

The auto body trade group also asked if the agency would “consider it a ‘reasonable’ expectation that if an OEM repair procedure or instruction existed, that the claim should cover the associated costs?” and “expect consumers to be clearly notified through exclusions in the policy where costs associated with documented OEM procedures would not be covered; otherwise, allowing a consumer to reasonably assume they would be?”

Some of the responses to these took interesting turns, even if the state had previously said its rules were silent on repairing a vehicle in the manner directed by its manufacturer.

When the insurer elects to repair, and, with the insured’s written consent, a specific repair shop is selected, the insurer shall cause the damaged automobile to be restored to its condition prior to the loss at the estimate cost with no additional cost to the claimant other than as stated in the policy and within a reasonable period of time.

“The term ‘restored to its condition prior to the loss’ has no further definition or interpretation,” Arkansas Deputy Insurance Commissioner Suzanne Tipton wrote to SCRS. “Likewise the rule, as is the statute, is silent as to whether an insurer should follow the manufacturer’s specifications as to how to restore an automobile where it is as safe as it was prior to the loss.”

However, Tipton wrote that while “AID does not have any rules or documented interpretation of a statute that addresses” what would be “reasonable,” it would hold a carrier to “prior to the loss” status. This could go both ways for OEM repair procedures, she observed.

“Only considering compliance with AID Rule 43, if an insurer directs a repair facility not to follow OEM repair safety procedures used to install a OEM part, but the vehicle is shown to have been ‘restored to its condition prior to the loss’ then such a decision may be considered to be reasonable,” Tipton wrote. “Conversely if failure to use OEM guidelines resulted in a vehicle that was not ‘restored to its condition prior to the loss,” failure to follow such guidelines would not be reasonable.”

This is a little frightening when you consider the John Eagle Collision case — the 2010 Honda Fit “looked” preloss after hail damage. But a jury found the shop’s deviation from OEM repair procedures — it panel-bonded rather than spot-welded the roof — heightened the occupant’s ordeal and crash severity in a fiery collision.

On the other hand, following repair procedures means the automaker vouched for and hold more responsibility a vehicle’s crash performance the way they would for a pre-loss vehicle. Fail to abide by their instructions removes this condition from a car — logically, that’s a breach of preloss condition. It’s why John Eagle plaintiff attorney Todd Tracy sued the body shop instead of Honda — his original target — for the results of the crash.

A consumer would bring a complaint about “issues involving an insurer refusing to fully restore a damaged vehicle that was not a total loss” to the Arkansas Insurance Department, Tipton confirmed.

Washington, D.C., Department of Insurance property and casualty policy analyst Angela King simply referred SCRS to DC 31-2231.17 when asked if anything compelled them to recognize OEM repair procedures. She did not elaborate on if this was a confirmation or denial.

However, asked about policy exclusions related to OEM procedures the insurer wouldn’t cover, King wrote: “We would expect the information to be in the policy, but not always in the exclusions.”

However, the state still considered it to be “reasonable” that insurers reimburse procedures, according to Shapiro.

“Our Department would consider it a ‘reasonable’ expectation that if an OEM repair procedure or instruction existed, the claim should cover the associated costs,” he wrote. “However, there is nothing currently written in the statutes that require an insurance carrier to cover those costs.”

(He did note that the statute governing insurer behavior said “reasonable” at times.)

Shapiro also had an interesting answer regarding policy exclusions:

“In regards to documented OEM procedures, if an insurance carrier decides to adopt those procedures and there are associated costs that would not be covered, our Department would expect that carrier to include language in the policy that states that there is no coverage for those costs,” he wrote.

“The Maine Insurance Code does not specifically answer this question. The claims practices laws cited above speak generally in terms of what is reasonable,” Maine Insurance Department property and casualty division Director Frank Kimball wrote, referencing 4-A M.R.S. 2164-D and 2436-A. “The answer to this question would depend on the facts of each case, including what the policy in question says and what the procedure is. We are not aware of any case law in Maine that deals with the failure to use original equipment manufacturer parts or to comply with manufacturer documented procedures in the context of an insurance claim repair.”

Kimball directed SCRS to this response for its answer on whether it was “reasonable” to expect OEM procedures be covered.

Many policies say that the insurer is obligated to cover the lesser of the cost to repair or replace the property or part with other of like kind and quality. If an insurer submitted a policy form for the Bureau’s approval that excluded OEM parts or procedures, we would require the insurer to justify the exclusion.

Maryland said it regulates insurers with Maryland 27-303 but said nothing specifically in state statute established requirements on OEM procedures.

However, Insurance Commissioner Al Redmer Jr. wrote regarding the reasonableness inquiry that insurance policies typically demanded the insurer pay for the cash value of a repair unless the vehicle was totaled.

“Each insurer must satisfy its specific contractual obligations and all statutory / regulatory requirements,” he wrote. “Automobile physical damage contract language (1st party) and liability contract language (3rd party) typically requires the insurer to pay for the actual cash value (‘ACV’) of repairs, or the ACV of the vehicle in total loss situations. This allows an insurer to utilize depreciation (betterment) and may therefore not result in payment of all costs.”

Mississippi Insurance Department consumer services director Andy Case noted that Mississippi law doesn’t specifically require OEM procedures. He quoted Mississippi Code 83-11-501, which states “the most an insurer shall be required to pay for the repair of the vehicle or repair or replacement of the glass is the lowest amount that such vehicle or glass could be properly and fairly repaired or replaced by a contractor or repair shop within a reasonable geographical or trade area of the insured.”

“Mississippi does not define properly or fairly in regard to vehicle methods or procedures,” Case wrote. (Emphasis his.)

But Mississippi expects insurers to recognize any OEM procedures not related to alternative parts (which Mississippi does permit those under Mississippi Code 63-27-1 to -7), according to Case.

“However, if a vehicle manufacturer outlines a specific recommended repair procedure for a vehicle repair, the Mississippi Insurance Department does ask that insurers recognize that procedure as it relates to repair methods only,” Case wrote.

The agency expected any insurance policies to “in no way contradict any existing statutory or case law which may apply to the obligations of the insurer to pay for repair of the vehicle,” Case also wrote. He referred SCRS to his earlier two answers but didn’t elaborate further. But as one of those answers included the fact that the Mississippi Insurance Department expects repair procedures to be followed, this response probably bodes well for consumer policies.

Nevada Division of Insurance P&C chief insurance examiner Rajat Jain wrote that his agency didn’t know of any requirements for insurers regarding repair procedures, and they weren’t within the DOI’s jurisdiction.

However, he referred SCRS to a July 2016 bulletin from Insurance Commissioner Barbara Richardson. She warned insurers that the agency considered not following OEM repair procedures an unfair claims settlement practice.

“If an insurer does not provide the required disclosures or refuses to authorize repairs in accordance with (OEM) specifications and/or repair-industry standards, the insurer is engaging in unfair claims-settlement practices as defined in NRS 686A.310,” Commissioner Barbara Richardson wrote.

Body shops in Nevada are required to follow OEM procedures, according to Jain, who cited DMV rules.

Jain did cite Nevada law noting that insurer policies couldn’t be “misleading” when asked if the contracts should specify that an insurer was refusing to pay for OEM repair procedures. However, it was unclear if he mistook the question for one regarding OEM parts.

South Dakota joined Illinois in reporting that no law or rule demands insurers recognize OEM procedures — but agreeing that it was “reasonable” behavior to cover them.

“We believe it would be reasonable to expect OEM repair procedures to be covered as part of the loss,” South Dakota Division of Insurance property and casualty assistant director Daniel Nelson wrote.

He also wrote that “We expect consumers to be notified of all the terms and conditions in their automobile policies.”

Virginia Bureau of Insurance Deputy Commissioner Donald Beatty wrote that auto insurers in his state all have to use a standard policy form.

“Those forms do not require insurers to accept manufacturers procedures for repair, nor do they prohibit insurers from accepting those procedures,” Beatty wrote. “An exclusion where costs associated with such procedures are not covered would not be approved because the exclusion would provide less coverage than the standard policy form.”

Flags of the United States. (chokkicx/iStock)

The United States appears on a globe. (KeithBinns/iStock)