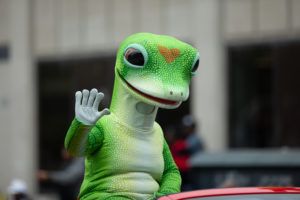 A Southern California collision repairer said he and GEICO last summer negotiated a higher body labor rate, only to have the insurer start manipulating estimates line by line to reclassify even higher-paying mechanical labor as body work.

“We couldn’t fix cars,” said a repairer who works for the facility. A bill might be $5,000 short because of the insurer paying body rates for mechanical work, said the repairer, who asked to be only identified by his last name, Martinez.

The issue bubbled over into a 2018 complaint to the California Department of Insurance over what Martinez alleged is a short-pay tied to work on a turbocharged 2017 BMW 530i at the BMW Independent Repair Facility. GEICO classified what Martinez said was mechanical labor on the cooling system as body work.

But on Feb. 12, the department concluded it was merely a “difference of opinion,” despite the extensive documentation Martinez provided from CCC, BMW and even California law supporting his argument.

CDI has not yet responded to an email seeking comment.

CDI associate insurance compliance officer Abraham Rivero wrote Feb. 12 that the agency did a “comprehensive review” of all documents submitted in the dispute.

“The issues involved with your complaint indicate that there is a difference of opinion between you and the insurance company as to the reasonable cost to repair your customer’s vehicle,” he wrote to Martinez regarding the customer. “As the Department does not have the regulatory authority to decide this particular issue and render a binding decision as to the reasonable repair cost, after reviewing the information provided, we conclude that we are unable to assist you further with this matter.”

Martinez replied Feb. 14 that his customer would be out-of-pocket $1,300 and asked about the appeals process. 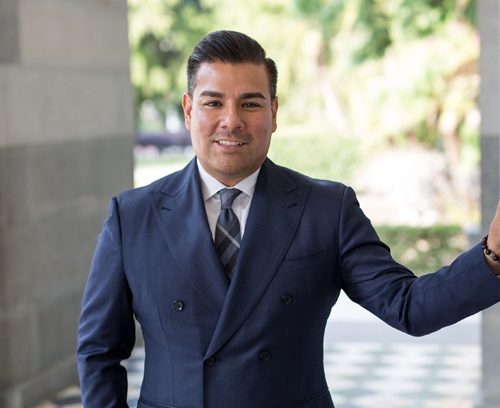 Mechanical to body to gone

Martinez had complained on behalf of the customer that GEICO wouldn’t “pay the agreed mechanical rate … on certain items,” paying body instead. The policyholder had to pay $868.31 out-of-pocket, he wrote.

GEICO denied the claim multiple times for what Martinez called a “manufactured” reason.

“It is not factual or real in any way,” he wrote, noting that CCC “clearly has an ‘M’ next to the operation.  Geico simply did not want to pay for it at the designated rate.”

GEICO Assistant Vice President of Claims J. Lee Meeler Jr. in an Oct. 4, 2018, letter told Martinez that it did pay 3.5 hours mechanical labor for the condensor, which in the CCC estimating includes the inner radiator, outer radiator and condensor itself.

But it also “overpaid the claim by 7 hours body rate and 0.6 mechanical rate,” Meeler wrote.

“On line 85 and 86 of Supplement 2, you will see that we paid 3.5 hours body rate on each line to R&I inner and outer radiator.  We also paid you for the included operation to bleed the cooling system on line 95 of Supplement 2 at 0.6 mechanical rate.”

Meeler even demanded a check for $484 back from Martinez’s shop.

Additional radiator charges existed because the engine of the BMW had multiple cooling systems —  there were two other radiators not captured in the stock CCC time, according to Martinez. The additional bleed time was related to the system taking more effort to service than the base CCC time, he said.

A series of BMW repair procedures collected by Martinez verify the scope of the operation. BMW in a response also didn’t dispute Martinez’ assertion to the OEM that the car “has an auxiliary system and a main system plus a cooling unit for the turbo system.”

Meeler still called the radiator work he was now refusing to pay at all a “body rate operation,” rather than mechanical labor — despite classifying the radiator labor the company didn’t dispute as mechanical.

“We maintain that this is a body rate operation that does not require specialized tools or skills, and the outer radiator and inner radiator do not transform one form of motion or energy into another,” Meeler wrote.

The purpose of classifying components is to describe physical properties of the component, and classifications may inform the estimator that specialized technician skill levels and/or tools may be required. Indicators are not intended to determine labor rates charged, or to be inclusive of all components.

CCC also quoted this passage in response to an inquiry from Martinez complaining the bleeding, filling and leak testing “requires special tools and a trained technician,” but GEICO was “refusing to pay the correct rate ‘m.'”

“As stated above, indicators are not intended to determine labor rates charged, or to be inclusive of all components,” CCC wrote. “If the customer is using component classifications to determine technician compensation, this is at the sole discretion of the shop’s management.”

In fact, “your appraiser deliberately unclicked the ‘M’ to not pay the correct rate.  The classification ‘m’ (lower case m) stays on the sheet,” Martinez wrote Oct. 16, 2018, to GEICO and the CDI.

Were his company not a full-service shop, he would have submitted a sublet bill, Martinez wrote Sept. 20, 2018. (Ironically, using another shop which had to sublet mechanical labor and then mark it up might have cost GEICO even more.)

California’s 10 CCR 2695.8(f) doesn’t just compel insurers to produce a “workmanlike” estimate, it also holds them to the processes of their selected estimating system, which would seem to make GEICO’s actions and the CDI’s inactivity even more mistaken.

“An insurer shall not prepare an estimate that deviates from the standards, costs, and/or guidelines provided by the third-party automobile collision repair estimating software used by the insurer to prepare the estimate, if such deviation would result in an estimate that would not allow for repairs to be made in accordance with accepted trade standards for good and workmanlike automotive repairs by an auto body repair shop, as described in this subdivision,” the regulation states.

If the claimant’s estimate is still higher, the carrier must pay the difference, give the consumer “that will make the repairs for the amount of the insurer’s written estimate” or “reasonably adjust” the estimate based upon the repair shop’s estimate.

GEICO didn’t bother to do any of that, according to Martinez.

“Geico never presented an adjusted estimate with factual information to refute our position,” he wrote Feb. 14.

Rivero suggested that Martinez consult with an attorney about legal remedies or “consider contacting any trade/professional organizations to which your shop may belong for information regarding legislative reforms it may be seeking on behalf of the collision repair industry.”

Regarding the latter suggestion, Martinez replied, “Why would I have to do that in this case?  The legislation already exists.” He cited 10 CCR 2695.8(f).

Martinez also presented evidence from BMW itself backing up the work meeting the CCC definition of mechanical.

“The BMW repair instructions must be followed for the proper function of the vehicle,” a BMW representative wrote in November 2018.

“The coolant system on BMW vehicles can be complex so this operation must be done by a trained technician following the most up to date repair instructions with the proper equipment. If the cooling system is not addressed correctly the vehicle and its components can overheat and be permanently damaged.

“No, there is no other way of performing these operations and the specific tools outlined in the instructions must be used.”

Finally, Martinez used science itself to make prove the work was mechanical.

“The cooling circuits in ANY car do transfer energy,” he wrote Oct. 16, 2018. “Look up the definition of ‘Thermodynamics’.  The transfer of heat to cool is a transfer of energy.”

Martinez provided the department with what appeared to be an ironclad case packed with evidence from third-party sources and California regulatory law.

Yet the California Department of Insurance still passed off the issue as a difference of opinion. Based on this, it sounds like California consumers can now expect to pay out of pocket for any mechanical work an insurer arbitrarily feels like reclassifying as body, without any recourse involving the CDI.