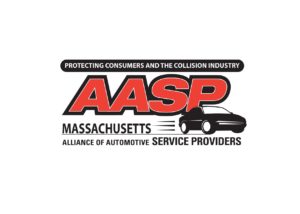 WBUR reported Feb. 22 that the Massachusetts Division of Insurance would investigate auto lender Source One’s August 2018 complaint that CCC’s valuation methodology is weak or fraudulent. The investigation wasn’t public, and the DOI wouldn’t discuss its status, according to WBUR.

“I’m going to use the WBUR article as part of the total loss package we give our customers AASP-MA Treasurer Matt Ciaschini (Full Tilt Auto Body) said in a statement Sunday. “When a customer’s vehicle is totaled, we help them with finding the true value of their vehicle while making sure they know to do their due diligence to get paid out properly. Ninety-five percent of the time when we’re dealing with customer totals, they’re getting badly lowballed. This is not just a CCC issue; this is an industry issue.”

Representatives of the DOI’s parent Office of Consumer Affairs have not yet responded to our phone and email requests Monday morning seeking information on the investigation and complaint.

Source One Chief Financial Officer Michael Parsons told WBUR a typical example of CCC’s allegedly unreasonable valuations involved a report for Commerce Insurance on a 2013 Nissan Altima. Despite “NORMAL WEAR” across all major systems, CCC cut $907 out of the price, WBUR reported.

WBUR reported private investigator Tom Quigley told Source One that auto dealerships disputed the lower-than-sticker prices CCC said they would “take” for the vehicles — and said they’d never given that information to CCC. WBUR gave the example of a $9,896 “take” price of a 2013 Ford Fusion Quigley said the dealership was completely wrong. The car actually sold for $10,999, Quigley reported.

CCC hadn’t yet replied to a follow-up request for comment specifically on the AASP-MA allegations.

WBUR did appear to erroneously blame CCC for a valuation Parsons told the Department of Insurance was the “most laughable” one he had reviewed.

GEICO has not yet responded to an email request for comment on the allegation, nor did they respond to WBUR’s request for an interview about CCC. GEICO ultimately offered $2,803.94 more after Source One complained about the appraisal, according to WBUR.

AASP-MA Executive Director Evangelos “Lucky” Papageorg blasted both the DOI and estimating systems like CCC in a statement Sunday.

“It is about time that a spotlight of this nature is shone on the Division of Insurance and on what is an obviously flawed system that only serves to condone the systematic defrauding of the consumers by insurance companies,” Papageorg said in a statement. “The fox is truly watching the henhouse. All one has to do is call the DOI and see what it means to be stonewalled on any issue. This situation reinforces my belief that the service providers are there to sell to insurance companies. I feel they create packages that are advantageous to insurers. They are their biggest customers, but at the same time, the motoring public is at a disadvantage.”The Massachusetts DOI remains among the states which failed to respond to a Society of Collision Repair Specialists inquiry on OEM procedures and disputes over claims.

AASP-MA alleged “discrepancies” exist between versions of the estimating service sold to shops and to insurers.

“It’s all sided for the insurance company; it’s as simple as that,” AASP-MA collision director Rob DelGallo (Factory Collision & Restoration) said in a statement. “I’ve seen them actually put six hours to prep the car for auction deducted from the valuation in total loss jobs. We could never get six hours to clean a car.”

Featured image: The Alliance of Automotive Service Providers of Massachusetts logo is shown. (Provided by AASP-MA)