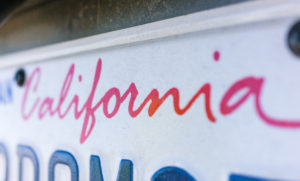 (a) Any insurer that is responsible for coverage for ordinary and reasonable towing and storage charges under an automobile insurance policy to an insured or on behalf of an insured to a valid claimant, is liable for those charges to the person performing those services when a vehicle is towed and stored as a result of an accident or stolen recovery. The insurer may discharge the obligation by making payment to the person performing the towing and storage services or to the insured or on behalf of the insured to the claimant.

(b) Any insured or claimant who has received payment, which includes towing and storage charges, from an insurer for a loss relating to a vehicle is liable for those charges to the person performing those services.

(c) (1) All towing and storage fees charged when those services are performed as a result of an accident or recovery of a stolen vehicle shall be reasonable.

(B) A storage rate and fee shall also be deemed reasonable if it is comparable to storage-related rates and fees charged by other facilities in the same locale. This does not preclude a rate or fee that is higher or lower if it is otherwise reasonable. (Emphasis added.)

The last two paragraphs have generated confusion in the marketplace.

California Bureau of Automotive Repair operations branch program manager Matthew Gibson on Wednesday said his agency felt (c)(2)(A) applied to towing and storage yards. If a body shop engaged in towing and storage for public agencies like CHP, “our understanding” is that section would apply, he said.

Outside of that subset, “we don’t believe this part … applies to you guys,” Gibson said. Instead, body shops and other automotive repairers’ rates would be evaluated for reasonableness based on (c)(2)(B) — their market.

“BAR’s position is you’re not bound to those CHP rates,” Gibson said.

“I already got him to say that,” Gibson said. Cignarale said insurers had to account for local rates, according to Gibson.