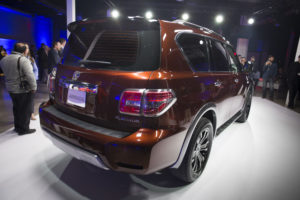 Here’s our latest monthly roundup of areas spotlighted as tip-worthy by the DEG. To receive the tips as soon as DEG releases them, like/follow the DEG’s Facebook and Twitter feeds. (It also posts videos to a YouTube channel once in a while.) Or just browse the more than 14,000 inquiries and responses in the database and see what else you learn.

The DEG in a June 3 tweet called attention to a tip quoting how Audatex calculates overlap. Audatex writes:

There are two methods of overlap deduction. They are:

• Guide Number Order: This method will include an operation on the lowest guide number first and then not count it on any higher guide number.

The quote is from Audatex Section 4-1 and follows an overlap deduction example of replacing a quarter panel and a rear body panel.

The quarter is 16.3 hours, and the rear body panel 6.3 hours. Trunk carpet/insulation rollback; rear bumper, bumper cover and taillamp assembly R&I and detaching and welding the right quarter panel from the rear body are on both operations.

It’s also worth noting that in Audatex’s example, “no overlap is or should be considered” for the seam sealing, weatherstrip pullback and wiring pullback, for the operations “are for the specific panel only” even though they appear on both panels.

SUV and van panels in CCC

The DEG in a tip tweeted about June 10 warned repairers that vans and SUVs have different included and not-included operations in CCC for replacing a side/corner/quarter panel than other vehicles.

“It is important to refer to the correct section of the guide when performing a replacement and ensuring the correct not included operations are being listed correctly,” the DEG wrote.

For example, removing and installing second- and third-row seats might be listed as included even though the estimating service’s P-pages say neither is. The DEG said the P-pages were correct and called that an example of a “common error.”

“Any errors found during the estimating process, please submit a DEG Inquiry to correct the situation with the appropriate information provide,” the DEG also wrote.

Indeed, a June 12 inquiry flagged such an issue with a 2018 Toyota4Runner. “The second and third row seats show included in quarter panel replacement,” the DEG user wrote. “Since this is a Sport Utility Vehicle… this time should not be included.” 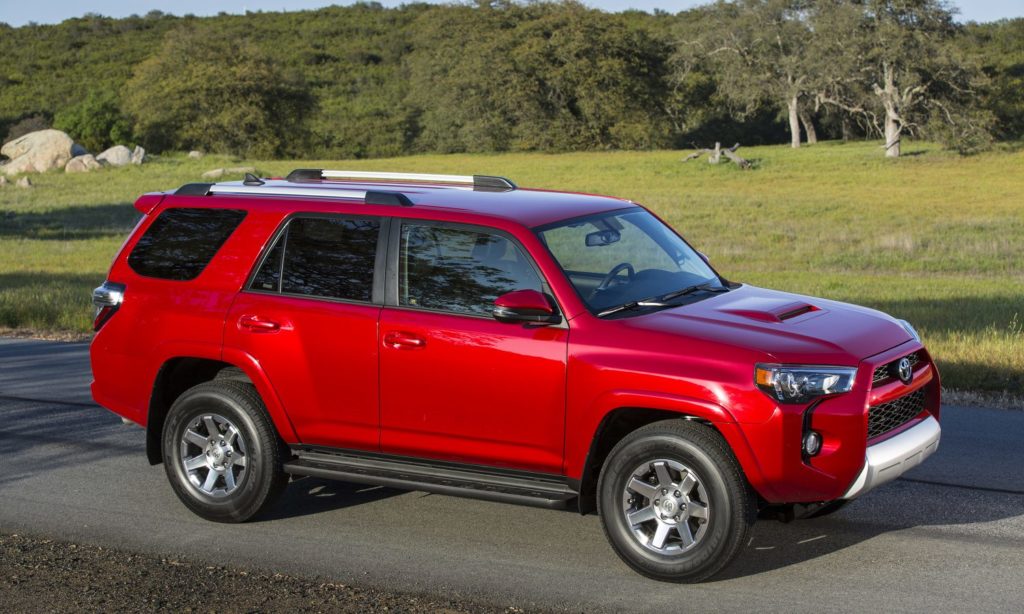 CCC agreed and wrote that it “Updated the database to show R&I Second and Third Row Seat not included with Quarter Panel.” The revision is estimated to take effect July 1.

And less than a week before that, another user asked CCC to “fix the 2nd and 3rd row seat inclusions as it indicates otherwise in the p pages” for a 2017 Nissan Armada quarter panel replacement. CCC dropped the inclusions and said the changes would appear in the July release, possibly as early as June 14.

The DEG in a June 17 tweet reported another tip example of how user inquiries helped CCC fix an error in the system.

“Weatherstrip attached to the body of the vehicle is NOT INCLUDED in the replacement time of the trunk lid or lift gate section of the database unless specifically stated in the detail line notes of the database,” the DEG wrote.

“It is important to verify this operation is not being INCLUDED unless there is a note or another component of the vehicle is being worked on where the weather strip would then be included (I.e. replacement of rear body panels unless specifically noted otherwise).

“If users experience an issue where they feel the weatherstrip should not be included because of database error, please submit an www.degweb.org inquiry and we will work with the appropriate IP to resolve the issue.”

The DEG’s tip highlighted three inquiries which discussed the issue.

On June 12, a user noted that an R&R of a 2018 Jeep Compass’ tailgate listed the weatherstrip as included.

“This Weatherstrip is on the body pinchweld & not related to the Liftgate labor,” the user wrote, asking CCC to “allow the .4 shown for labor to Replace or R&I the Weatherstrip when selected along with the Liftgate.”

CCC said it updated the database to reflect the P-page guidance, with an estimated release date of July 1.

On May 28, a user asked CCC to “Correct the database to show the .5 when selected along with the Liftgate” regarding weatherstripping found “on the surround pinchweld of the body & not on the Gate” of a 2014 Infiniti QX60. The database had erroneously listed it as included,

CCC said the database ought to reflect that weatherstrip as not-included by about June 10. 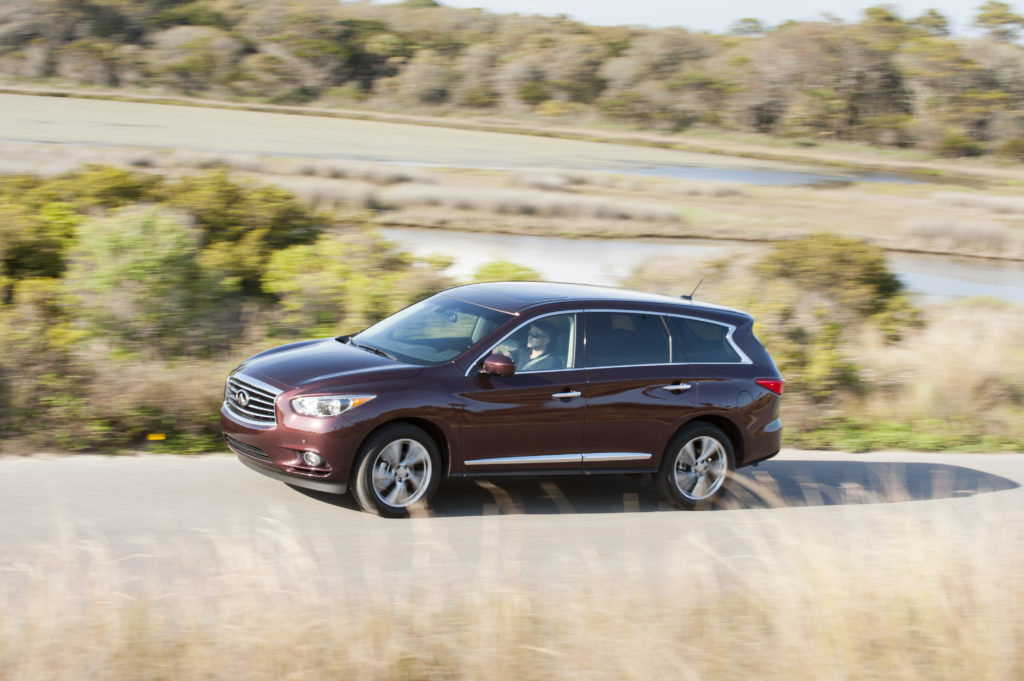 The third inquiry, dated May 23, asked CCC to “remove w’strip inclusion since its attached to body and not gate” for a 2019 Jeep Grand Cherokee tailgate. CCC said this issue too would be fixed around June 10.

If a repairer or insurer deletes clear coat from an estimate, they’ll have to add it back manually in Mitchell, according to a DEG tip mentioned in a June 24 tweet.

“There is a prompt to identify it when you delete lines,” the DEG wrote.

“To manually select clear coat, users will need to click on the ‘REF SHEET’ tab > ‘Additional Operations’ >> Select clear coat and select the ‘Calculate Estimate’ button and the system will re-add the clear coat calculation,” the DEG wrote, providing a screenshot illustrating the point: 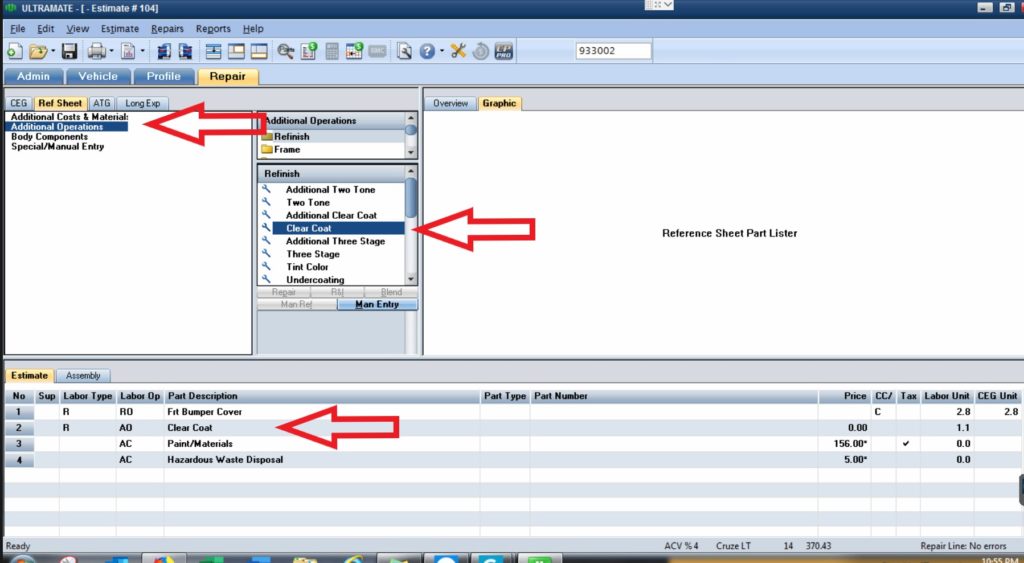 The DEG wrote that the need to add back clear coat manually might be a possible solution to a June 18 inquiry related to a 2009 Volvo S40.

“My estimate is not automatically generating any clear coat time for repairing of a rear bumper with no sensors,” the user wrote.

“Once you have deleted the clear line from an estimate, it will need to be added back manually,” the DEG replied. It also suggested creating a new estimate or, ultimately, contacting Mitchell tech support.

The 2017 Nissan Armada Platinum quarter panel is shown at the 2016 Chicago Auto Show. (Provided by Nissan)

The 2017 Toyota 4Runner, whose body returned for the 2018 model year, is shown. (Provided by Toyota)