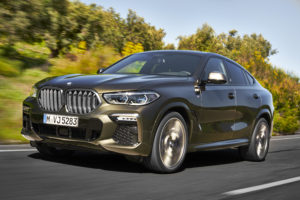 Auto body shops and insurers will encounter another new piece of technology in prime collision real estate with the upcoming next-generation 2020 BMW X6.

BMW said July 3 the latest version of the “Sports Activity Coupe” will mark “the premiere for the optional illuminated BMW kidney grille.”

“The illumination can either be activated by unlocking and locking the vehicle or turned on and off manually,” BMW continued in a news release. “The illuminated grille is part of the daytime running light feature and can remain on while the vehicle is in motion.”

The single-piece grille also is home to another piece of technology: active air slats, which open and close themselves themselves automatically for better aerodynamics. These appear to come standard, as do “slim, trapezoidal Adaptive Full LED headlights.”

The prior-generation 2015 X6 announced in 2014 offered adaptive LED headlights as an option but didn’t appear to contain the active shutters.

BMW hasn’t yet responded to emails seeking comment on what materials it used on the 2020 X6 body. But the 2015 X6 was already mixing materials half a decade prior.

Along with other measures, use of ultra-high-tensile steels in the body structure, thermoplastics in the front fenders, aluminum in the hood and magnesium in the instrument panel support all help to reduce curb weight. Intelligent lightweight design also means that the increase in standard equipment compared with the previous model does not translate to increased vehicle weight. The curb weights for the new X6 xDrive35i and X6 xDrive50i are both reduced compared to their direct predecessors.

The next-generation X6 is also an inch longer and 0.6 inches wider, though its height was reduced 0.7 inches. It also likely has a bunch of new technology that BMW would have to offset with lighter, stronger parts.

For example, the Active Driving Assistant ADAS suite comes standard now, which doesn’t appear to have been the case on the 2018 X6. That advanced driver assistance systems package includes features like frontal autobraking, blind spot and lane departure warning, rear cross-traffic alerts and rear collision warning (it’s unclear if either autobrake the car). Other ADAS is available as options, as is a head-up display.

However, in powertrain substrate news, BMW did note in the news release that it used a new aluminum alloy to make the engine blockof the M50i stronger.

Other features possibly of interest to collision repairers:

Body design: “The roofline flows into a double-bubble design towards the rear, ending in subtle, twin spoilers above the rear hatch glass,” BMW wrote in a news release June The wide rear fender arches blend into the upswept rear hatch design, forming an additional, functional split rear spoiler to improve aerodynamics. Very slim L-shaped LED taillights adorn the top of the rear hatch, high above the exhaust surrounds which are integrated into the sculptured lower rear diffuser panel.

Roof: The panoramic glass roof is 83 percent larger, according to BMW. And if the owner bought the Sky Lounge option, “More than 15,000 graphic points in the glass roof are illuminated and generate a display reminiscent of a starlit sky. Six different colors are available for the illumination of the Panorama glass roof Sky Lounge.” 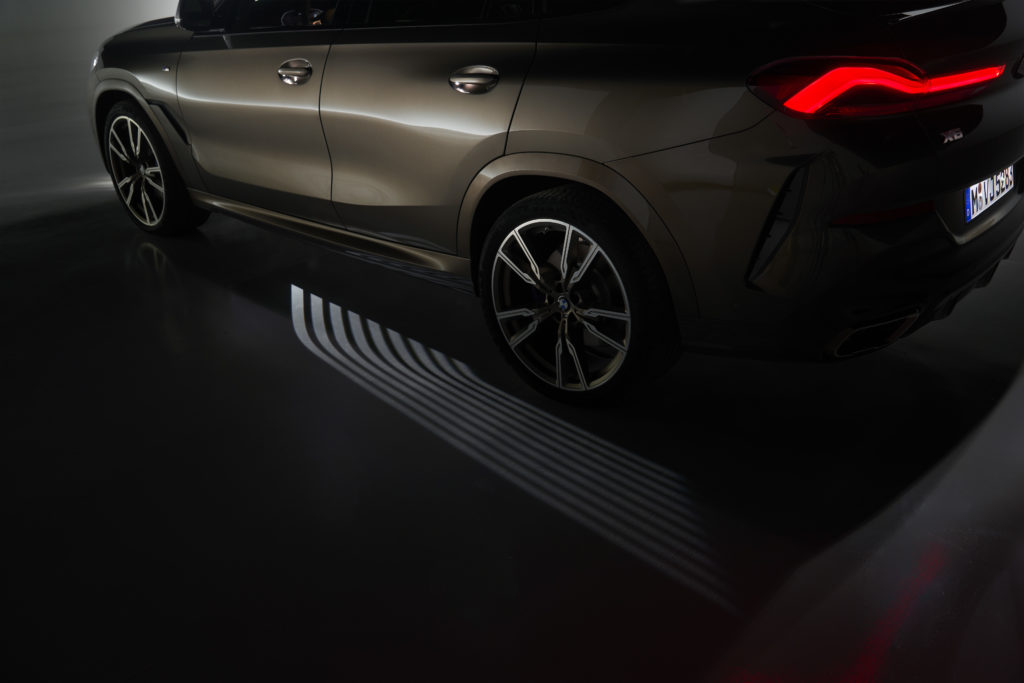 Chassis/suspension/wheels: The X6 has a double-wishbone front and five-link rear suspension. An Integral Active Steering option turns the rear wheels either opposite or the same way as the front wheels. An optional two-axle air suspension with automatic self-leveling “can also be factored into braking modulation.” Also, the option allows the BMW driver to pick their ride height “at the touch of a button,” with a range of 1.6 inches above and below the default height. Run-flat tires are standard.

Cameras: Owners can use their BMW ConnectedDrive App to see “a three-dimensional live image of their vehicle and surroundings on a smartphone” at any time. So behave yourself around the vehicle if this is active.