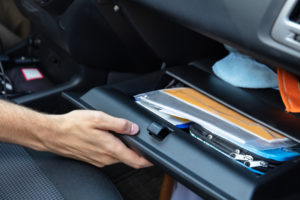 An owner’s manual can help an auto body shop overcome resistance to a repair procedure by reinforcing the need for the work and the role of the shop as a repair professional, Database Enhancement Gateway Administrator Danny Gredinberg said Friday.

And for extremely new vehicles, the consumer-facing documents can also provide an education for a shop as well — acquainting the repairer with technology that might be just as new to them as the consumer, according to Gredinberg. “We need these manuals just as much” as the consumer sometimes, he said.

Gredinberg and Collision Advice CEO Mike Anderson will highlight the value of those glove compartment staples at SEMA next month with “Educate consumers on safe repairs with owner’s manuals.” (Even if the customer doesn’t have a manual in the car, OEMs tend to make the documents readily available online for free.) The class scheduled Tuesday, Nov. 5, is part of the Society of Collision Repair Specialists’ Repairer Driven Education series running Nov. 4-8 SEMA Week.

Gredinberg, a former estimator and luxury technician, called the manual “just a clear-cut tool” that explains exactly what the consumer purchased. It can describe what is necessary following a collision and who should work on a car, according to Gredinberg.

The manual might recommend to an owner what should be done by a qualified technician, according to Gredinberg. The qualified shop can then support the repair with the full OEM repair procedures, he said.

Gredinberg said the class will address manuals from a broad range of OEMs and for “everyday cars.”

He offered us an example of 2019 Honda Accord manual language which might be useful.

“Even if the airbags did not inflate, have your dealer inspect the following: the driver’s seat position sensor, weight sensors in the passenger’s seat, front seat belt tensioners, and each seat belt that was worn during the crash,” the document states. 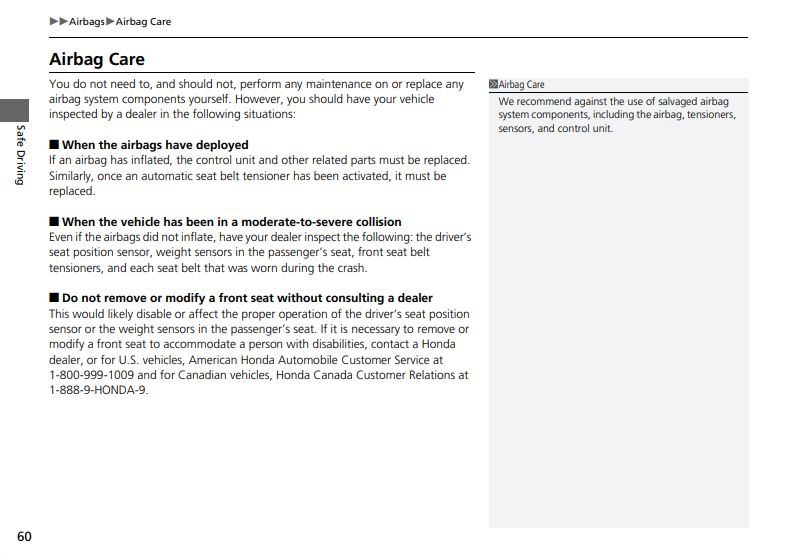 Collision repairers invoicing such inspections after following the full OEM repair procedures might see resistance from insurers on reimbursing the consumer, but the concept is right there in black and white.

The knowledge can empower customers to fight for themselves, said Gredinberg, who called the tire situation a “huge one” in this regard. He recalled that the OEM guidance to replace in repairs led to a third-party consumer able to demand to be made whole.

The manual also can remind a consumer that an operation isn’t the “shop’s opinion,” Grendinberg said. The document came out of their glove compartment and is the language of the OEM.

Asked if a shop should always go over the manual with a consumer, Gredinberg said the shop should evaluate the customer up front and not bother one who doesn’t want the information.

He suggested repairers who know a certain procedure can meet with resistance might want to address it up front by educating the consumer with the manual. Waiting until things fell apart with the insurer meant the shop “already failed.”

Sometimes, the owner’s manual can even solve puzzles not answered in the OEM repair procedures. Gredinberg said he once found himself unable to locate in manufacturer instructions whether Audi tires needed to be replaced in pairs or in all fours. He ultimately turned to the owner”s manual, which “gave me the answer I needed,” he said.

Items like tire details, torque specs, fuse locations and fluid capacity might be present in the owner’s manual, according to Gredinberg.

Asked about a situation in which the owner’s manual contradicts the repair procedures, Gredinberg said “I personally have” seen such a scenario. He said that as a collision repairer, he would follow the formal repair procedures. However, he would also carry the responsibility of knowing when to be “escalating the issue,” asking a party such as I-CAR or the automaker to offer clarity. (I-CAR funnels repairers’ questions to OEMs through its “Ask I-CAR” feature.)

“There’s resources out there,” Gredinberg said. The DEG, which handles inquiries regarding estimating system nuances, even has gotten such inquiries and routed them to the appropriate party, he said.

Sign up for Gredinberg and Anderson’s Nov. 5 class individually for $85, or get access to it everything else that week by purchasing the $400 full series pass. The latter lets you into any every class Nov. 4-6, the OEM Summit and Sky Villa afterparty Nov. 7 and the IDEAS Collide Showcase on Nov. 8. Learn more at www.scrs.com/rde.

Vehicle owner manuals can be a helpful way to educate a consumer about the repairs a body shop will do following the complete OEM repair procedures. (AndreyPopov/iStock)

The manual of the 2019 Honda Accord clearly describes inspections of parts like seat belts being necessary after a collision. (Provided by Honda)