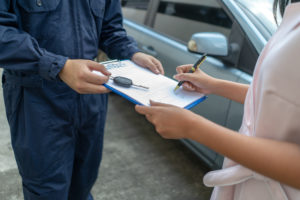 Recent industry data suggests that shops might consistently fail to capture keys despite having DRP arrangements, indicating that insurers referring a portion of business to a site doesn’t make the customer a lock.

However, the information from CARSTAR President Dean Fisher and CCC also came accompanied by tips for any repairer, DRP or unaffiliated, to improve their capture rate.

An audience member on a Dec. 12 CARSTAR-sponsored BodyShop Business webinar asked Fisher why the customer experience mattered if nearly all of one’s business came from an insurer.

CARSTAR attributed 94 percent of its revenue to insurers, according to Fisher. However, he observed that this 94 percent didn’t reflect the breakdown between completely out-of-pocket customers and customers whose bill would be reimbursed by an insurer. Between 15-20 percent of repaired vehicles had no insurer involvement, but the dollar values of those repairs were low that they collectively only represented 6 percent of sales, he explained.

It’s unclear how much of Fisher’s 94 percent tally reflected consumers referred by a DRP versus any customer whose bill was to be reimbursed by an insurer. Fisher earlier in the webinar said he figured that for many shops who looked at their management system, 75-95 percent would involve work involving an “insurance-based protocol.”

Fisher, whose company boasts of having “the industry’s highest customer satisfaction ratings,” offered examples of how a shop could lose claimant businesses.

“Customers talk to other customers,” he said. Sometimes, a customer will switch insurers and declare they want to use a shop not on the new insurer’s network, Fisher said.

If you are in a 90-95 percent “protocol,” your shop should close 85-90 percent of customers, Fisher said. However, often CARSTAR sees shops that in the 58-68 percent closing range.

“There’s work to be done there,” he said.

“A comparison of DRP capture rate across all shop types by vehicle age underscores the challenges for repairers to convert owners of older model year vehicles to customers, although the differences are broader among repairs of different dollar values,” CCC director and lead analyst Susanna Gotsch wrote.

Even on current-year or even newer vehicles, DRP shops only capture 77 percent of work, based on the CCC data.

“Don’t ever forget about the customer,” Fisher said.

With 75-95 percent of industry business coming from an “insurance-based protocol … often, we can become casual with the customer,” Fisher said. With a lot of that work attributed to a direct repair program or performance based agreement, shops need to be careful they’re not acting like mere “processors,” according to Fisher.

“Don’t turn that into a processing process,” he said. Be very communicative and seek empathy and sympathy, he said.

Engage the customer, have a “friendly environment,” and think about how you communicate, Fisher said. Shops often rush to collect customer information, but they need to be more “customer-concentric,” he said.

Think about the last time you went to a doctor’s office and someone just handed you a clipboard versus actually engaging with you, Fisher said.

Communication was a “huge key,” Fisher also said. He said shops should ask their customer their preferred mode of communication — individual customers may view phone calls, texting or emails differently — record that preference and communicate that way.

Gotsch made a case for also engaging customers on how they wished to schedule repairs, citing Cox Automotive’s 2018 study of the mechanical service and repair segment.

“As repairers look to a future of fewer potential repairs, it is worth pointing out another key data point from the Cox Automotive survey of the automotive service sector,” she wrote. “Their survey found that 56 percent of consumers would choose one dealership for service over another if it allowed them to schedule a service appointment online. Consumers also felt moving additional steps online would improve the experience, such as requesting add-ons (30 percent), approve estimates (41 percent), progress tracker (54 percent), and online bill pay (31 percent).”

Communicating on a regular basis is important, according to Fisher. Such dialogue might help a customer understand when the “promise date” changes, possibly from what the insurer told them, according to Fisher. By keeping them informed about the delivery date changing, the customer will still feel when surveyed that the repair was delivered on time, he said.

Don’t focus on educating the customer about the issue you’re having with their car, Fisher said. Instead, convey that you are the one that will “make it right for them.”

“CSI data also underscores how keeping customers informed throughout the repair process through status updates sent via text or email will increase the likelihood that they will recommend your shop to others. As the cost of repairs increases data reveals the percent of customers who felt they were kept informed throughout the repair declines,” Gotsch wrote. “… It may be time for repairers to evaluate whether additional segmentation of repairs and customer engagement processes might lead to higher capture rates and revenue in the future.” 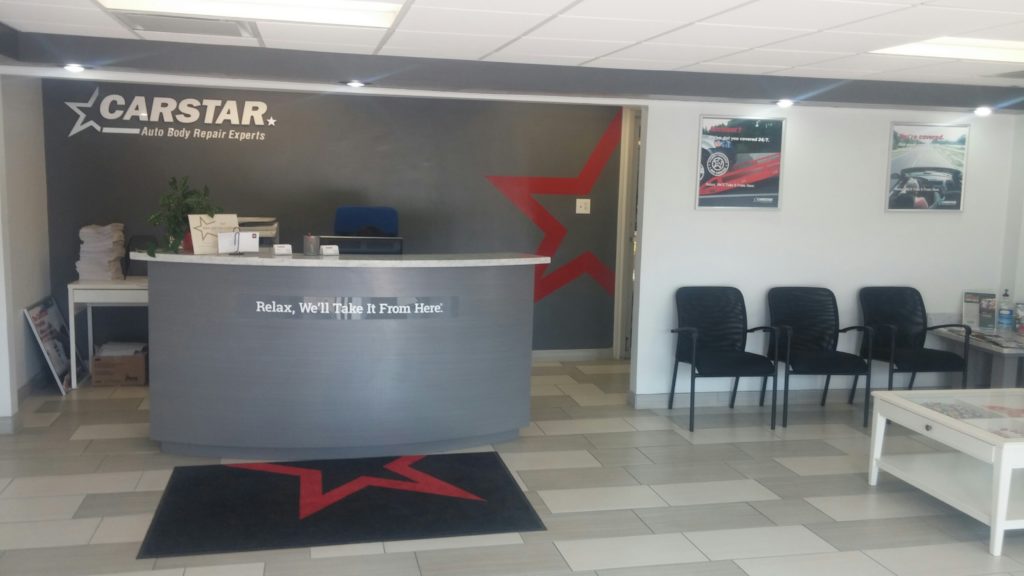 However, quality control can also begin in a shop’s front end, he said.

“Listen to the customer carefully,” he said. The customer will provide “tells” on their individual “trigger points.”

These might include a “clean, shiny car,” body lines, or the vehicle technology.

“Make sure that you address their tells with them,” he said. Make them comfortable, he said.

Look at your shop from the perspective of a consumer, he said. Cross the street and look back, he said he often suggests. Is the area clean? Is where the customer should go and the entrance obvious? Some shops are purpose-built and were optimized from the start for a collision repairer’s needs, but shops often have just “leased a box” and must adapt it, he said.

Little tricks like a lined parking lot, awnings over a door, landscaping, and signs identifying customer parking can help, Fisher said. If parking is tight because of other vehicles kept outside, use landscaping or designer fencing to separate a clean customer area, he said.

Finally, what is the waiting area like? Is it clean? Is there water available, guest Wi-Fi or perhaps a TV? Fisher said he’s had people come into his shops and remark that it looks like a “doctor’s office” or “professional building.”

Through its appearance and the interaction with the customer services representative, a shop can inspire confidence in its ability to fix and “take care of” their $30,000-$50,000 vehicle, according to Fisher.

“How to Drive More Cars to Your Collision Repair Facility”

The professional-looking lobby of CARSTAR Premier is shown. (Provided by CARSTAR)