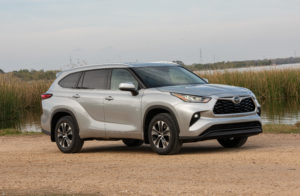 Repairers will notice structural and technological changes in the 2020 Toyota Highlander following what is expected to be its gas and hybrid debuts in dealerships this month and in February 2020, respectively,

Repairers should see plenty of the next-generation vehicle. Toyota had sold 218,988 Highlanders (down 1.1 percent) and 16,452 Highlander hybrids (up 26.3 percent) this year through the end of November. The OEM also plans to plug the SUV in a 60-second Super Bowl spot next year.

The Highlander starts at $34,500 for the gas front-wheel drive L and maxes out at $50,200 for the Platinum hybrid with all-wheel drive.

Toyota said it built the 2020 Highlander on the OEM’s Toyota New Global Architecture (“TNGA-K”) platform, an architecture collision repairers might have noticed on the 2019 RAV4.

“The TNGA-K platform, which makes extensive use of high-strength steel, gives the Highlander a stiffer unibody structure than the previous model,” Toyota wrote in a news release. “Its inherent strength allows tuning for the front strut and rear multi-link suspension that enhances agility and a smaller turning circle while also providing a smoother and quieter ride than before.”

According to Toyota, collision repairers might recall the Highlander as the midsize SUV unibody exception that became the norm.

“At a time when most midsize SUVs were truck-based, the Highlander’s unibody structure with four-wheel independent suspension quickly became the template for a new segment of more comfortable and family-friendly SUVs,” Toyota wrote Dec. 18. “After adding a third row, the Highlander not only grew in size, but is also now the best-selling retail model in the segment since 2016.”

The Highlander also in 2006 became the first midsize SUV to offer a hybrid version, according to Toyota.

Toyota hasn’t yet responded to an email on whether the OEM will adopt any other lightweight materials besides steel. Toyota in November 2018 touted high-strength steel in the next-generation RAV4 for cutting upper body weight. But Novelis in April revealed that it supplied lightweight aluminum parts for the next generation of the popular crossover, including the hood, fenders and liftgate.

The OEM described other structural and auto body elements — including a lot of variety in the front of the vehicle.

“Setting off the new design, the L, LE and XLE grades feature a black front grille with silver trim, while the Limited and Platinum grades are distinguished by a black grille with chrome trim and chrome-plated lower rear fascia, premium projector headlamps and the Highlander’s first-ever 20-inch alloy wheels,” Toyota wrote. “The Platinum grade stands apart with silver painted front bumper and rear fascia and a unique 20-inch wheel.” 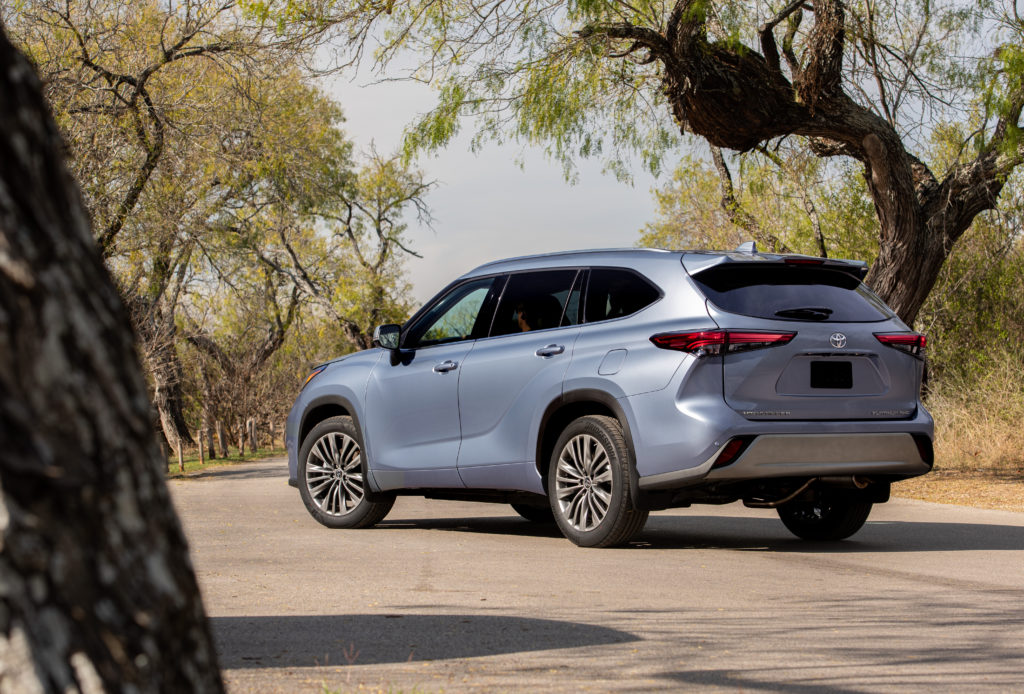 It’ll be important to keep straight which vehicle you’re fixing to avoid delays caused by ordering the wrong trim’s parts. Repairers, insurers and parts managers should pay close attention to the build data, because an optional towing package adds “a heavy-duty radiator with engine oil cooler and improved fan performance,” according to Toyota.

Toyota said the exterior also delivers better aerodynamic efficiency — “and even the taillights and side mirror designs lend a hand.”

Small changes in placement and dimension of such parts can have fascinating ramifications on how air and water move over the vehicle surfaces. 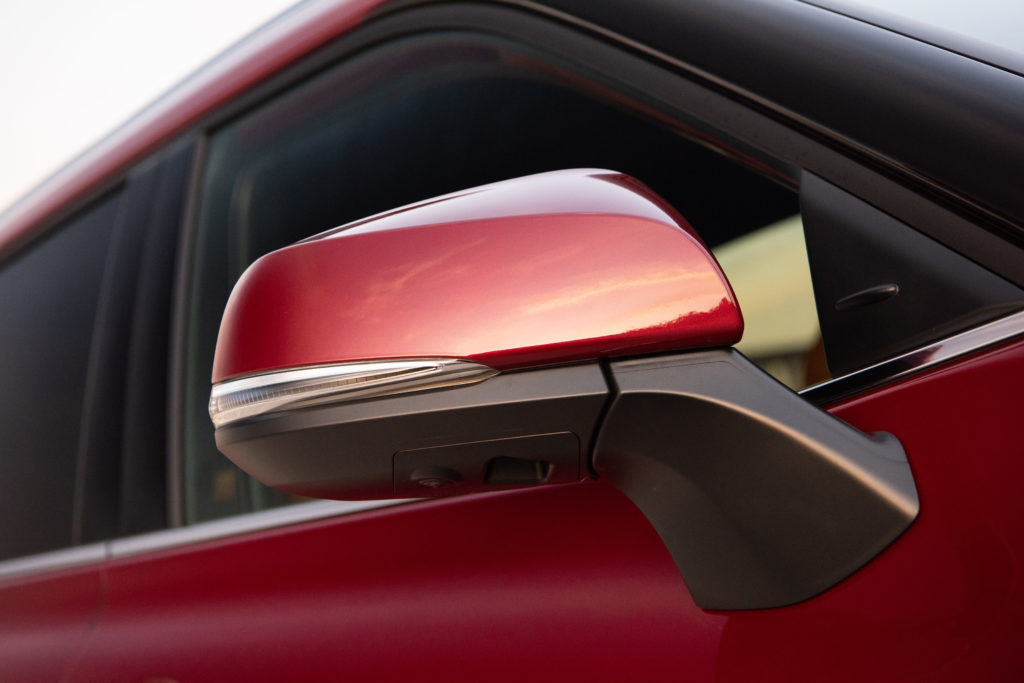 For example, a representative of automotive design simulation company Exa in 2018 discussed how minute changes in vehicle design can make the difference between a driver, camera or sensor’s view being constantly fouled by water or dirt and a clear line of sight. The company can use software to model complex conditions such as how wind, water, heat and sound behave in relation to a vehicle. Exa director of soiling and water management Jonathan Jilesen said even changes of just millimeters can affect how water moves on the vehicle.

The Highlander headlights and tallights are LEDs on all trims, and even the lowest-tier L Highlander (has automatic high beams able to switch between high and low depending on the oncoming traffic sensed by the SUV. At the next-level LE, the fog lamps become LEDs.

The OEM adds “Highlander” projector puddle lights and “Projector beam headlamp with chrome bezels and separate, stylized DRLs” once you hit the Limited trim. When you reach the Platinum trim, your Highlander also gets “Adaptive, self-leveling headlamps” and illuminates the door scuff plates also found on the Limited.

Shops might also encounter a new configuration of soundproofing inside the 2020 Highlander. “Sound-damping and soundproofing materials have been optimized throughout the vehicle, with the takumi approach focusing particularly on minimizing noise in the frequencies that interfere with conversation,” Toyota wrote.

The OEM also delivers laminated front side window glass on its Limited and Platinum trims for a quieter ride.

The XLE alters the vehicle’s body to add a “Power tilt and slide moon roof” and roof rails. The Platinum adds in a panoramic moonroof. 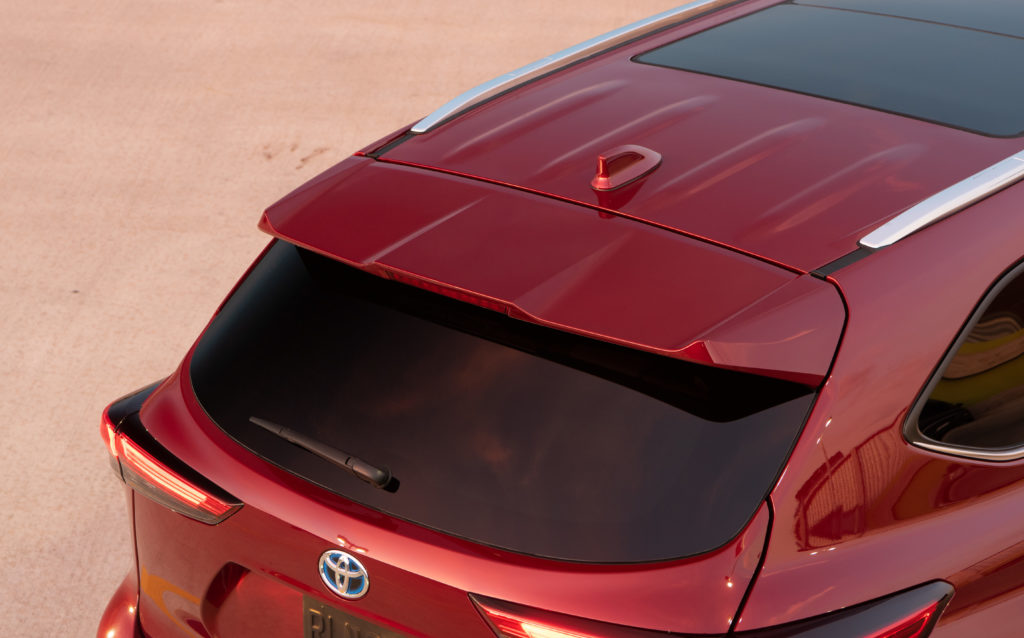 Toyota said painters will recognize three colors used on the 2019 Highlander: Celestial Silver Metallic, Midnight Black Metallic, and what will be a $425 upgrade for Blizzard Pearl. New colors include “Magnetic Gray Metallic, Moon Dust (a striking blue premium paint), Ruby Flare Pearl (a daring red premium paint), Blueprint and Opulent Amber (a deep, luxurious brown).” Moon Dust and Ruby Flare Pearl also cost more, and neither they nor the Blizzard Pearl will be available on the L trim.

Other items possibly of interest to repairers include:

• The Highlander hybrid “analyzes the driver’s daily driving habits and upcoming road and traffic conditions to more efficiently charge and discharge the hybrid battery accordingly alongside actual driving,” which is pretty wild.

• The all-wheel drive option on the lower-tier gas models can send 50 percent of torque to the rear wheels if necessary. Toyota said it got even fancier with the AWD on the Limited and Platinum gas models.

“Sounding like something from a high-end sports car, Dynamic Torque Vectoring AWD with Drive Mode Select and Driveline Disconnect is available for the Highlander Limited and Platinum for even greater agility and capability,” the OEM wrote. “In addition to governing torque distribution between the front and rear wheels, this advanced system uses special couplings to actively manage torque distribution between the left and right rear wheels.”

• The XLE’s rearview mirror can automatically dim itself and includes a garage door opener. The Platinum’s rearview mirror offers a digital display, which pipes a camera feed to the mirror for a better view than a traditional part would provide. The Platinum also offers a 360 camera view standard, while the Limited makes it an option. 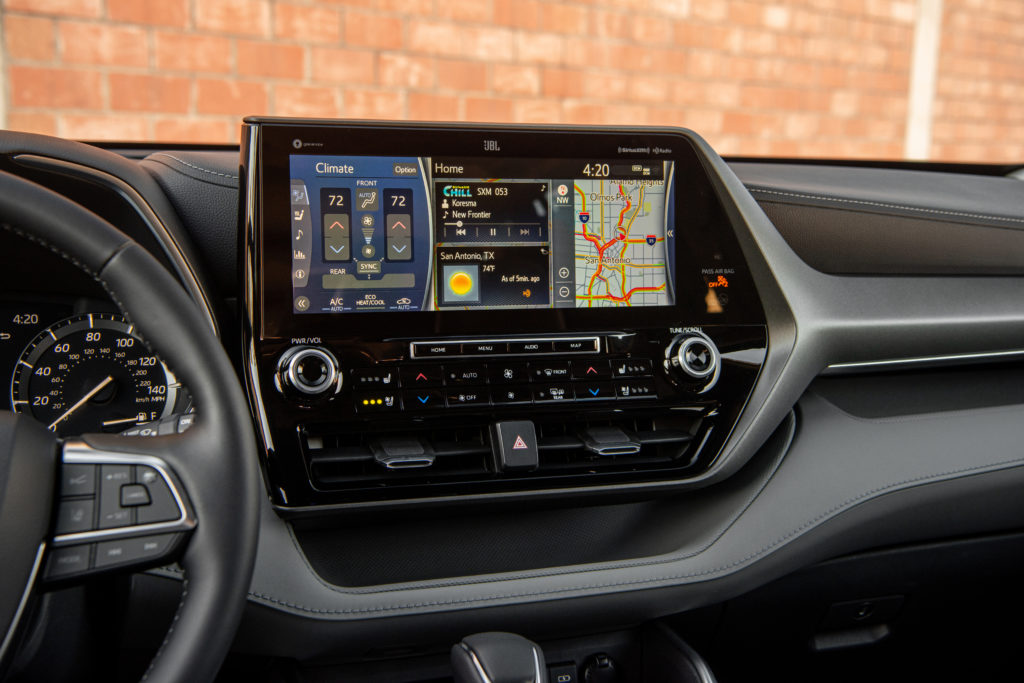 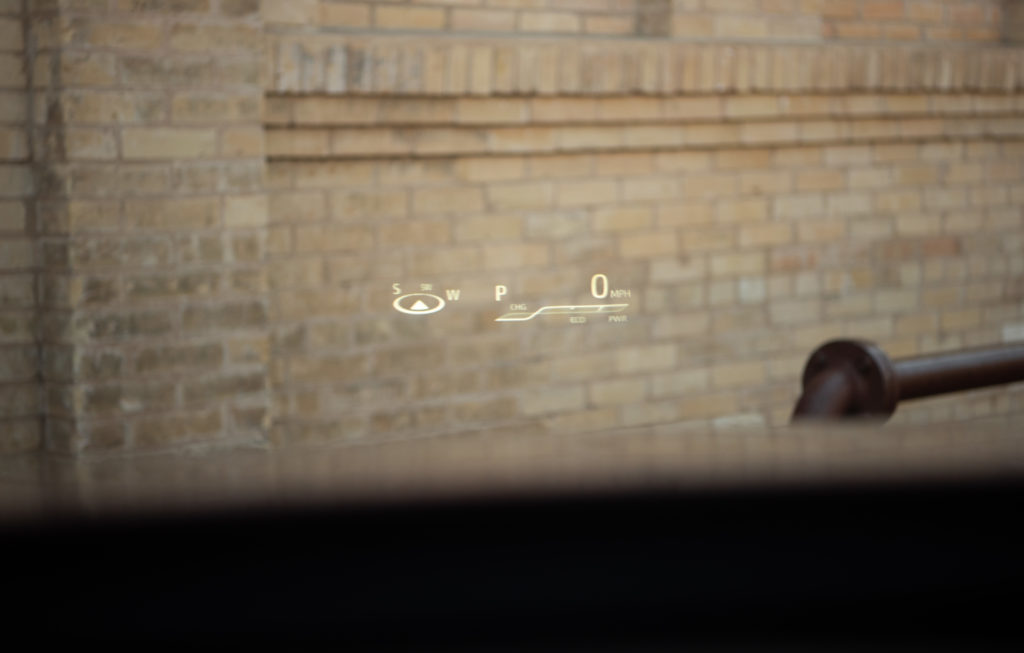 • Heated seats start on the XLE, and receive ventilation once you reach the the Limited trim. The Platinum also heats the second-row seats. Driver’s seat memory can be found on the Limited, so try and capture those settings or prepare the customer in advance that you can’t.

• The Highlander’s eight airbags include side-curtain ones reaching back to the third row. The SUV also has “Energy-Dissipating Interior Trim.”

Safety Sense 2.0 adds “Lane Tracing Assist,” which keeps a better eye on the road during an adaptive cruise control freeway trip, and “Road Sign Assist,” which recognizes and points out road sides to the driver.

All but the minimum L trim have blind-spot assist with rear cross traffic alert. Rear cross-traffic autobraking “is available with clearance sonar” on the Limited.

“Toyota’s Fourth Generation 2020 Highlander Redesigned from the Ground Up”

A 2020 Toyota Highlander XLE in “Silver Metallic” paint is shown. (Provided by Toyota)

A 2020 Toyota Highlander Platinum in “Moon Dust” paint is shown. (Provided by Toyota)

The HUD on a 2020 Toyota Highlander Hybrid Platinum is shown. (Provided by Toyota)