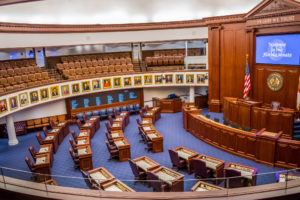 A Florida bill slated for a hearing Tuesday could cut a third-party claimant’s ability to sue an insurer for unfair claims settlement practices, failing to pay a no-brainer claim or dragging out a claim.

This language echoes the New Jersey Supreme Court’s threshold in the 1993 Pickett v. Lloyd’s case, which draws from language originally found in the Wisconsin Supreme Court’s 1978 Anderson v. Continental Insurance ruling: “To show a claim for bad faith, a plaintiff must show the absence of a reasonable basis for denying benefits of the policy and the defendant’s knowledge or reckless disregard of the lack of a reasonable basis for denying the claim.”

“First, it provides a remedy only where the company has committed wrongful conduct intentionally or recklessly; a company may negligently or unreasonably delay or deny a claim without consequence,” he wrote in a recent memo supporting a bill granting New Jersey claimants a private right of action.

“We’re just trying to clarify what the standard should be for bad faith,” Brandes said when asked about the bill. Bad faith should require something egregious, according to Brandeis.

We asked him about the wording of the bill seeming to apply such a heightened standard to lawsuits for other insurance violations. Brandes said he couldn’t speak to it. “I’m not an attorney,” he said.

An August 2019 Milliman study commissioned by the American Property and Casualty Insurance Association, made the case that Florida’s bad faith laws are driving up premiums. 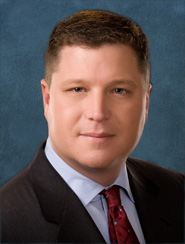 “Based on our research and interviews with industry practitioners, Florida is generally regarded as one of the most challenging jurisdictions in the country for insurance carriers in the context of bad faith,” Milliman wrote.
“Expenses for claims handling are increasingly incurred to respond to ever evolving changes in the way claims are presented in order to access the bad faith litigation process. According to our research, Florida loss adjustment expenses relative to losses for motor vehicle insurance have risen to be more than 50% greater than similar countrywide averages in recent years. An analogy could be made to insurers practicing defensive claims handling similar to doctors practicing defensive medicine to avoid malpractice claims. Besides managing an increasing number of claims, claim practitioners also expressed concern over two recent Florida court decisions – Bannon v. Geico Gen. Ins. Co. and Harvey v. Geico Gen. Ins. Co. – that nearly all agreed would further affect the bad faith environment in Florida.”

The actuarial firm calculated that Florida bad faith lawsuits cost insurers $4.6 billion every year. Of course, this ignores any amount of that $4.6 billion that insurers should have been paying in the first place or are only paying because they denied a legitimate claim (i.e., attorneys fees). Nevertheless, Milliman estimated in an “Medium” scenario that all property and casualty insurance lines together produced a 13.5 percent premium increase.

Their “Medium” scenario for private passenger auto sees premiums rising 18.8 percent if you had all coverages. Florida’s average combined premium in 2016 (the last year available from the NAIC) was $1,338.73. So it’s costing Floridians an extra $251.82 a year.

Brandes’ bill has other provisions as well.

624.155 gives an insurer 60 days to escape a lawsuit if “the damages are paid or the circumstances giving rise to the violation are corrected.” SB 924 holds that “An insurer is not liable if the insurer fulfills such obligations and the trier of fact finds that, within 45 days after receipt of the written notice of loss, the insurer stood ready and willing to settle for policy limits.”

So claimants might get a faster resolution there. But the language seems to override Harvey v. GEICO, in which the Florida Supreme Court ruled that an insurer couldn’t just complete these requirements and be absolved of all bad-faith behavior.

“The obligations set forth in Boston Old Colony are not a mere checklist. An insurer is not absolved of liability simply because it advises its insured of settlement opportunities, the probable outcome of the litigation, and the possibility of an excess judgment. Rather, the critical inquiry in a bad faith is whether the insurer diligently, and with the same haste and precision as if it were in the insured’s shoes, worked on the insured’s behalf to avoid an excess judgment.”

In Harvey v. GEICO, GEICO was willing to pay the insured’s policy limits to the estate of a man killed by that driver. But it did such a lousy job handling and advising the policyholder afterward that the estate didn’t realize how little money the other driver had, according to the Florida Supreme Court. Instead of settling for the policy limit of $100,000, the estate sued the other driver and won a $8.47 million wrongful death verdict. The other driver turned around and sued GEICO for bad faith, winning $9.2 million.

Brandes said the change was required to answer the question of what constituted “safe harbor” for a carrier. If the insurer was willing to pay for policy limits within 45 days, then they were safe.

He said there’s been cases where a defendant was sued for bad faith in as little as 15 days. “Auto accidents can be complicated affairs,” he said. The claim could take time.

There’s also “games constantly being played here,” he said. Someone might be instructed not to talk to an insurer at all — and then the carrier is hit with bad faith for not responding.

“If you could imagine a crazy scenario,” it’s probably happened in Florida, Brandes said. He said he was trying to set up parameters where “everybody’s acting reasonably.”

“We need clear rules,” Brandes said. At the same time, he said he wanted judges to have discretion on reasonableness.

The bill also declares a claimant or insured’s behavior “relevant in an action for bad faith. It is an affirmative defense to a claim for bad faith that the insured’s or claimant’s own conduct, in whole or in part, caused an excess judgment.”

Finally, the bill sets out bad-faith rules related to situations with multiple claimants.

Brandes said his language wouldn’t permit an insurer to withhold money the competing claimants agree is owed by one party. (For example, Parties A and B agree A deserves $50,000 of a $100,000 limit policy. But A thinks they should get the other $50,000 too, while B thinks they deserve $30,000 if it.)

According to Brandes, a situation like that would see insurer would tender the whole policy limit to a court in an escrow account, and the court could dispense the undisputed part immediately. “‘We’ve provided you the money,'” and so the carrier couldn’t be sued for bad faith, according to Brandes.

The Senate Banking and Insurance Committee will hear the bill at 4 p.m. Tuesday.

Be heard: Florida lawmaker contact information can be found here and here.