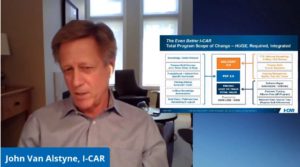 I-CAR’s significant “Even Better I-CAR” curriculum overhaul has hit its stride, with the only remaining hitches attributable to the COVID-19 coronavirus.

However, repairers might have felt “‘”The Even Better I-CAR” hasn’t been so better,'” Van Alstyne said.

The bold overhaul was beset by technological challenges — such as migrating millions of data points into a new system — which in turn delayed I-CAR’s plans for unique customer reporting, according to Van Alstyne. Existing courses had to be reconfigured into the new curriculum, he said. I-CAR customer care found itself “kind of overwhelmed,” he said.

But I-CAR had “methodically and progressively” fixed those four problems as of the end of April, he said. The curriculum works, “the customer care team has caught up” and reporting in myI-CAR is accurate, according to Van Alstyne.

He said I-CAR also addressed students’ problems with accessing virtual classes by shifting to a non-Flash software platform in April. This is more in line with modern browsers, which have moved away from the legacy Flash format, according to Van Alstyne.

“Students should not be having any issues today,” Van Alstyne said. Any issues should “immediately” be directed to customer care, who can help the user troubleshoot the problem. (He also advised the industry to use Chrome or Firefox instead of Internet Explorer for a smoother experience.)

Despite the bugs, repairers have been using the new I-CAR format.

The COVID-19 coronavirus has thrown a wrench into some student and I-CAR plans. I-CAR has not been deemed an essential service, leaving staff stuck working from home. The organization has had to postpone live classes shops need for Gold Class and Platinum status as well as delay holding welding certification events.

However, I-CAR in April converted all required classes into virtual options — with the exception of the welding program. It also has extended the deadlines to renew Gold Class, Platinum and welding certification.

Asked if the required live classes converted to a virtual format during the COVID-19 coronavirus issue would have a virtual alternative after things return to normal, Van Alstyne said no. I-CAR said it designed each course around what it felt would be the optimal format; live classes were “best delivered as live.”

Though I-CAR decided some of those could go virtual without “significant compromise” to the education, “we do intend to take back to live” those classes, Van Alstyne said.

An audience member indicated I-CAR’s virtual classes were booked, and Van Alstyne said I-CAR was seeking to recruit more instructors. He explained that unlike an “online” course, an I-CAR “virtual” course is meant to involve instructor-student interaction, even if it’s not to the degree of an in-person “live” course. If the class size is too large, that engagement can’t happen, he said. 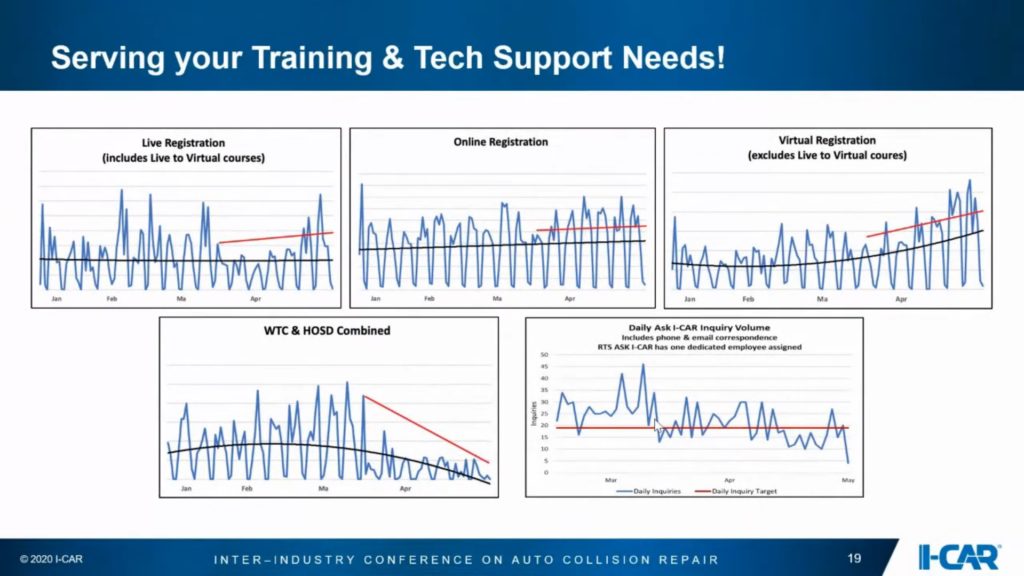 Though shops can meet all other requirements through virtual and online classes, I-CAR won’t let shops who aren’t yet Gold Class achieve that status without live welding certification.

Delaying the welding renewal date for existing Gold Class shops was a different story, Van Alstyne said: Those repairers have already been certified on welding.

But “we just don’t believe that our program would have integrity” if it granted Gold Class to someone who had never achieved the welding certification, he said.

“I’d encourage you to get in line” when welding training reopens June 15, Van Alstyne said.

Repairers attempting to achieve Gold Class to earn a spot on an insurer or OEM network could attempt to have the partner relax the requirements on that end, Van Alstyne said.

But it’s probably a nonstarter, he suggested.

He said more than 20 insurer and OEM networks require Gold Class, and “they support our policies.”

Other interesting details from the call: 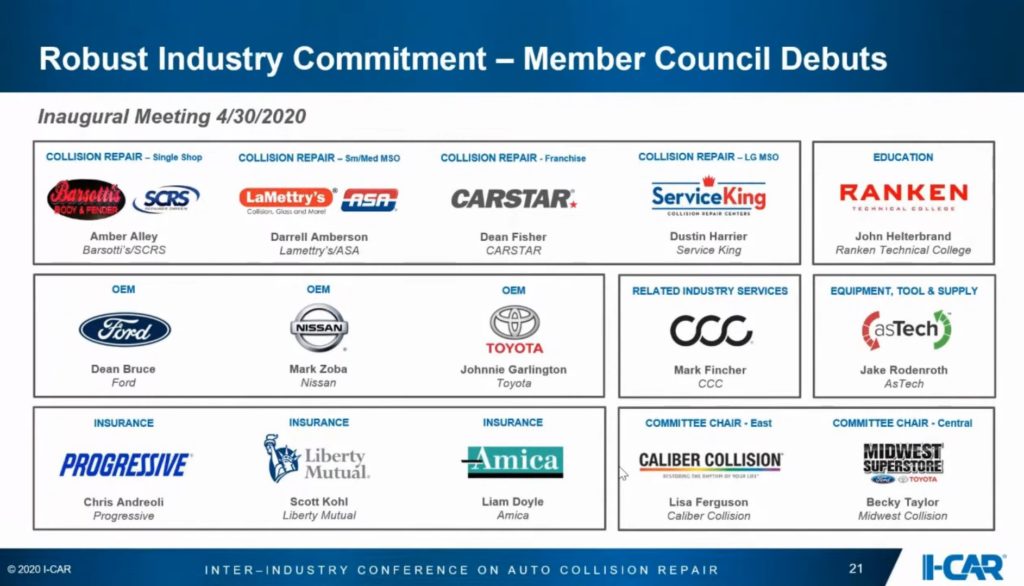 I-CAR CEO John Van Alstyne speaks at an interactive live event on YouTube on May 6, 2020. (Screenshot from I-CAR video on YouTube)

I-CAR has noticed an uptick in training during the COVID-19 pandemic. (Screenshot from I-CAR video on YouTube)

Half of its inaugural Member Council under the new format met April 30 for the first time; the other half will be assembled next year so as to stagger everyone’s two-year terms, according to Van Alstyne. (Screenshot from I-CAR video on YouTube)