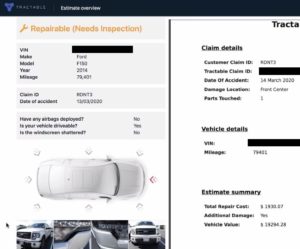 She called it the “big breakthrough here.”

Kheyfets said the traditional total loss process involves a FNOL representative asking the customer questions about variables like leaking fluid or driveability and using that checklist to total a car up front. (Spears said it could be “as rudimentary” as adding up points to see if a total loss threshold was reached.) Kheyfets said this may differ between carriers, but “not tremendously.”

If the vehicle meets the checklist’s criteria, the insurer can flag it as a total loss with 95 percent accuracy, according to Kheyfets.

However, this approach leaves insurers missing 70 percent of vehicles that the carrier also will eventually flag as a total, according to Kheyfets. 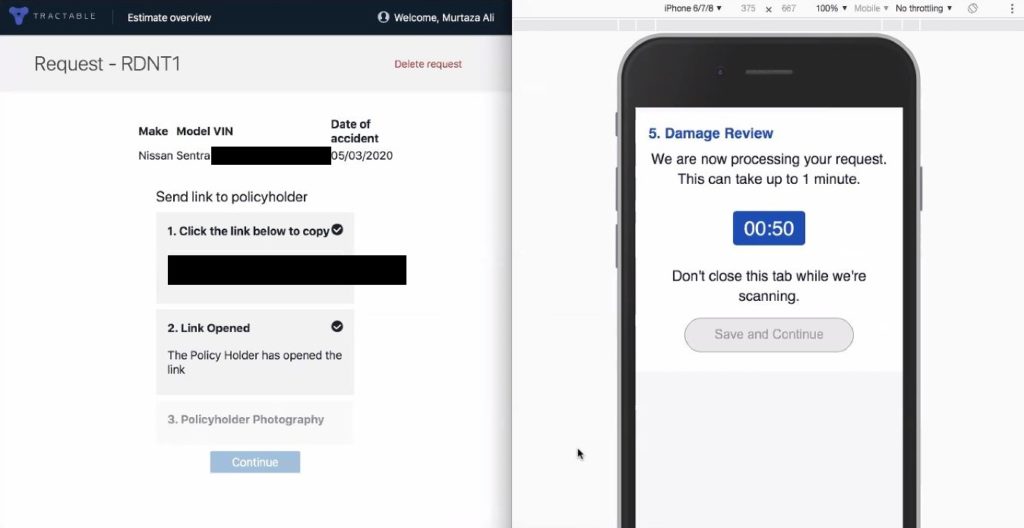 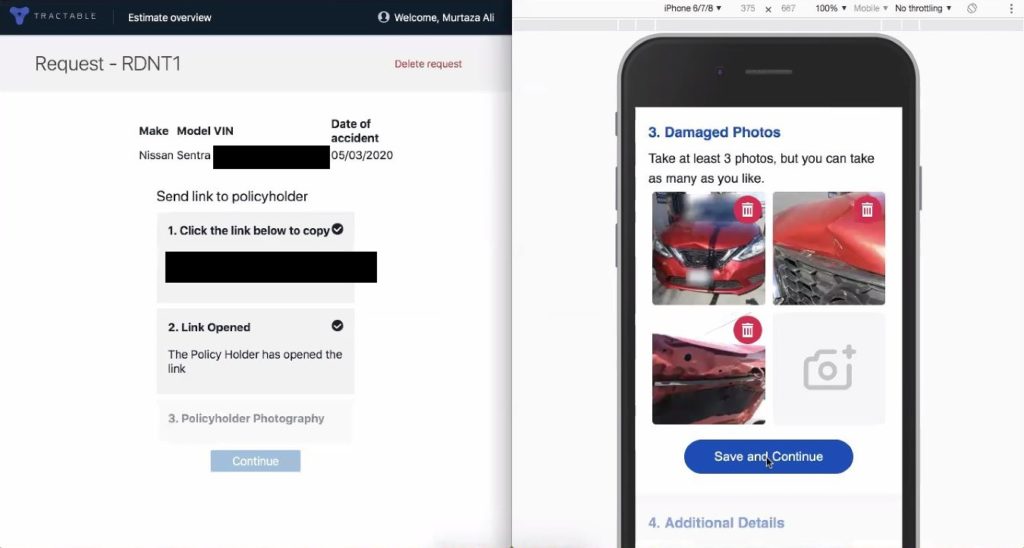 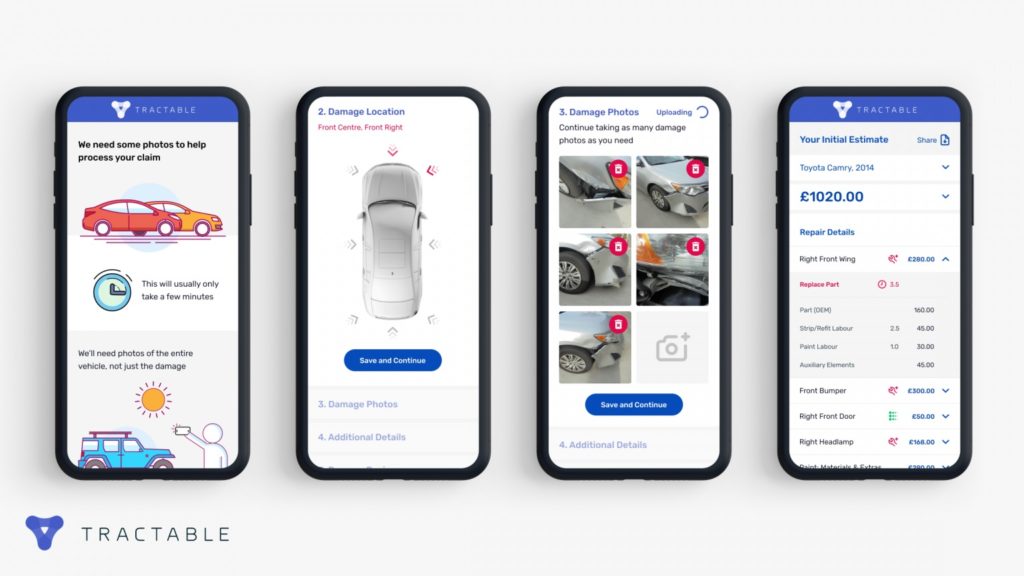 Kheyfets said this “staggering number” made sense if you thought about it. The customer service representative taking the FNOL call is “going blind” — they can’t actually see the vehicle, she said.

Spears said the process also can be affected by a claimant who hasn’t seen the vehicle either. He said it’s common for parents at home to report crashes their child incurred somewhere else.

While the traditional process only captures 30 percent of total losses, Tractable’s AI catches between 80 to 90 percent of them, she said.

Its accuracy also might surpass the existing process, according to Kheyfets. Her company’s total loss calls are accurate 95-98 percent of the time, she estimated. “It’s very, very certain” the AI is right if it calls something a total, she said.

We asked Tractable about photo estimating desk reviewers success in flagging totals. After all, those humans wouldn’t be using what Kheyfets called a “blind checklist” — they’ve got images of the battered vehicles. 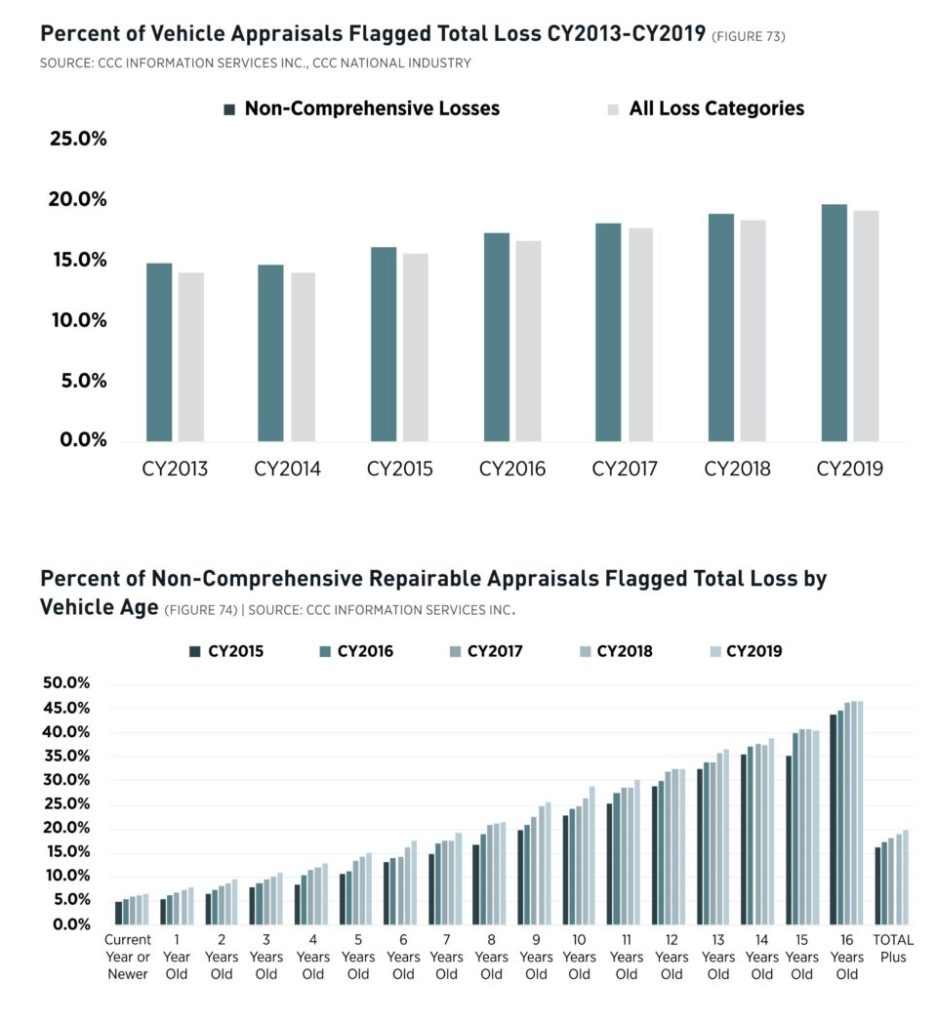 Spears explained that a disconnect exists in a typical insurer’s desk review process.

Theoretically, desk review should catch “zero” total losses, Spears said. Under the status quo, an insurer would contact the desk review vendor to examine photos only after the checklist had deemed the vehicle repairable, according to Spears.

“They shouldn’t see any total losses,” he said.

Spears said this also applied when insurers perform that photo estimating in-house. The first-party desk reviewers are trying to estimate damage, not triage vehicles as total/repairable, according to Spears.

Kheyfets said this status quo led to many total losses identified in an auto body shop but the adjuster refusing to accept this on the grounds their checklist said otherwise. The shop must tear down the vehicle and prove its condition before the carrier agrees, she said.

She said a shop could have “much more confidence” that the vehicles it received would be repairable compared to a situation where an insurer just sent over everything without a deployed airbag. “Automated expert eyes” have first looked over the vehicle, she said. Salvage vendors also could be certain they’re truly receiving a totaled vehicle and “not have to send it back” to a shop, according to Spears. 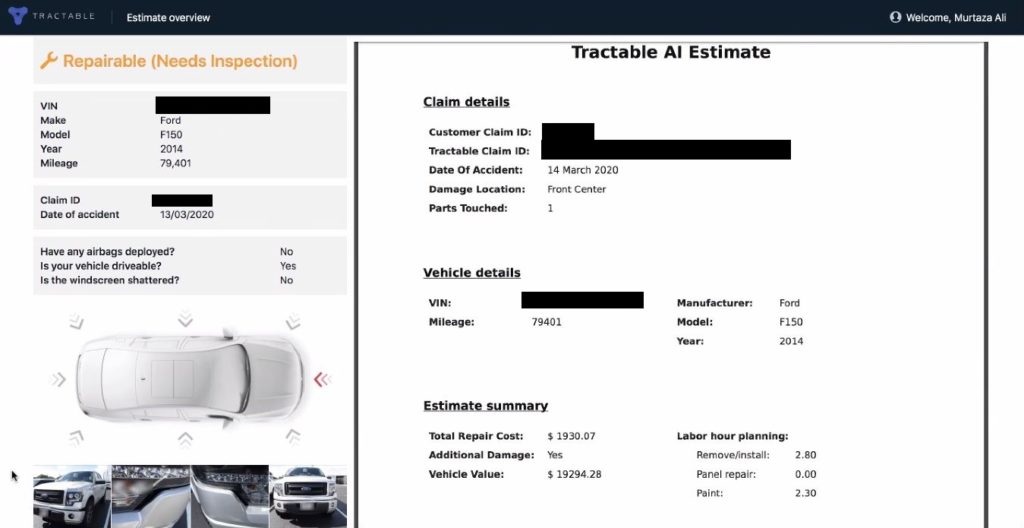 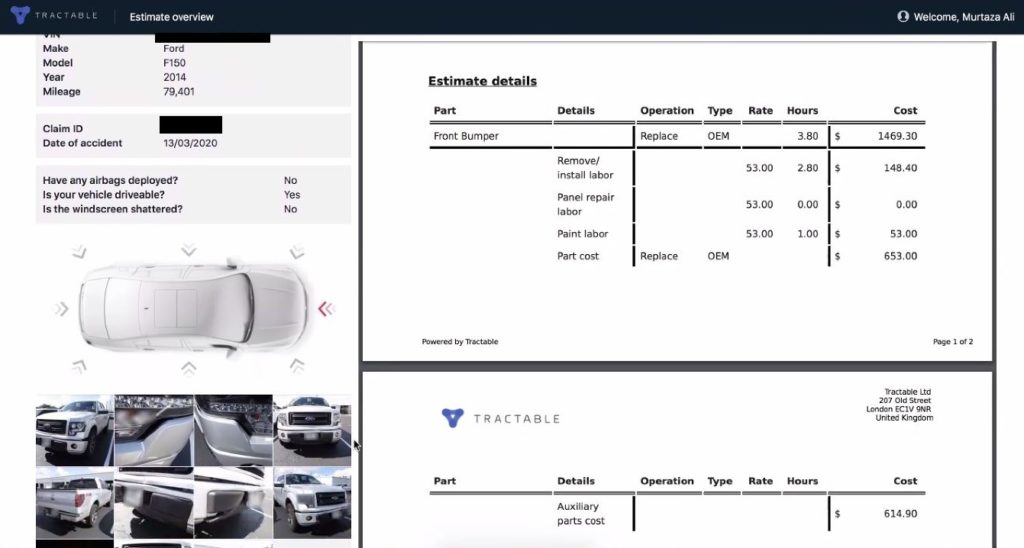 He said USAA once tested a digital interface for its policyholders to submit data — and found the customers better than its claims reps at submitting total loss information.

For the policyholder, it’s their first time going through the process, Spears said. “They’re really careful,” he said. The policyholder follows the protocol, answers every question and takes every required image — while an employee doing this 50 times a day might show less diligence, Spears said.

That’s when USAA realized “the casualness” a fat-fingering employee might display.

Kheyfets said sometimes the opposite arises: Customers can be “actually quite poor” at identifying damage, she said. Tractable has compared customers’ accounts to actual appraisals, and “it is certainly not 1 to 1.” She said she thought customers both over- and under-estimated damage.

Multiple issues arise which “aren’t exact science,” Spears said. He said that’s why he’s excited about working for Tractable — the speed and accuracy its system offers.

A screenshot from a Tractable demo of its artificial intelligence estimating technology is shown. The AI examined a 2014 Ford F-150, according to Tractable. (Provided by Tractable; redacted by Repairer Driven News)

Tractable said in March 2020 its artificial intelligence takes between 30 second and 3 minutes to triage a vehicle and produce an initial estimate from photos. A screenshot of a Tractable demo featuring the process is seen here. (Provided by Tractable; redacted by Repairer Driven News)

Screenshots of a Tractable AI photo estimating product are shown. This image was released in a March 2020 news release announcing Ageas would use Tractable in United Kingdom claims. (Provided by Tractable)