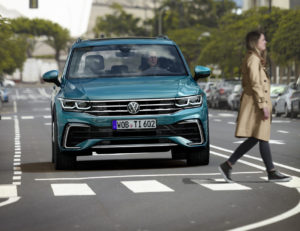 Volkswagen on Tuesday announced the 2022 Tiguan will offer the ability to drive itself within a lane, though the human driver will need to keep their hands on the wheel and monitor the road.

The system can handle steering, acceleration and braking between speeds of 0-130 mph, Volkswagen said. Its hands-on, eyes-on rules for the driver are akin to Tesla Autopilot, rather than hands-off, eyes-on systems like General Motors’ Super Cruise.

“The driver activates the system by pressing a separate Travel Assist button on the new multifunction steering wheel, but must keep their hands on the steering wheel even when Travel Assist is active,” Volkswagen wrote in a news release. “Touch detection is a great deal more reliable than steering angle-based systems even on long and very flat stretches of road.”

Volkswagen said the system requires the adaptive cruise control and lane-keeping systems available in VW’s “Advanced Driver-Assistance Package.” The OEM said the advanced driver assistance suite comes standard on higher trims and as an option on base models.

Another option coming to the 2022 edition involves a next-generation adaptive cruise control, which “proactively takes into account local speed limit information, town boundary signs, junctions and roundabouts,” according to Volkswagen. The OEM said this setup relies upon “the signals from the front camera and the GPS and map data from the navigation system.”

Considering that the Tiguan is Volkswagen’s No. 1 seller, collision repairers are likely to see a lot of such standard and optional ADAS features within their facilities. The more driving tasks the human is permitted to delegate, the more imperative a proper repair to OEM procedures becomes to minimize unpredictable or unwanted vehicle behavior.

Other changes in the refresh include standard LED headlights and a “completely new” front, including a new grille and a “makeover” for the bumper fascia. The Tiguan’s wheels also look different, and the OEM expanded the “Tiguan” badge on the rear and moved it to the center of the tailgate, beneath the Volkswagen logo. 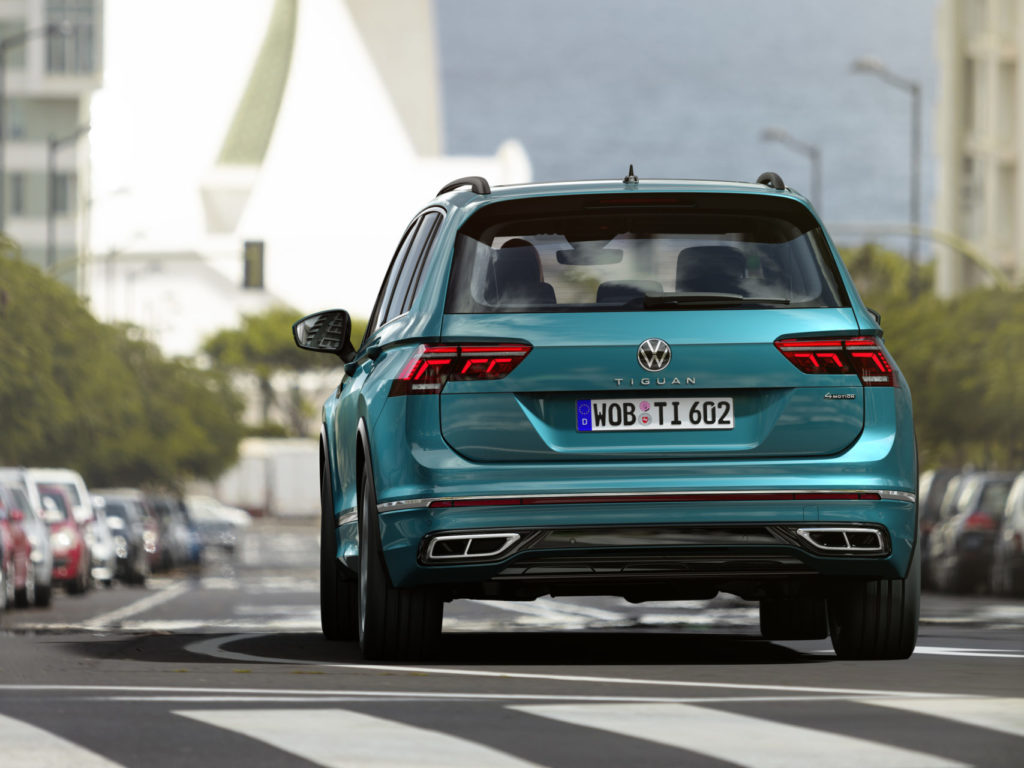 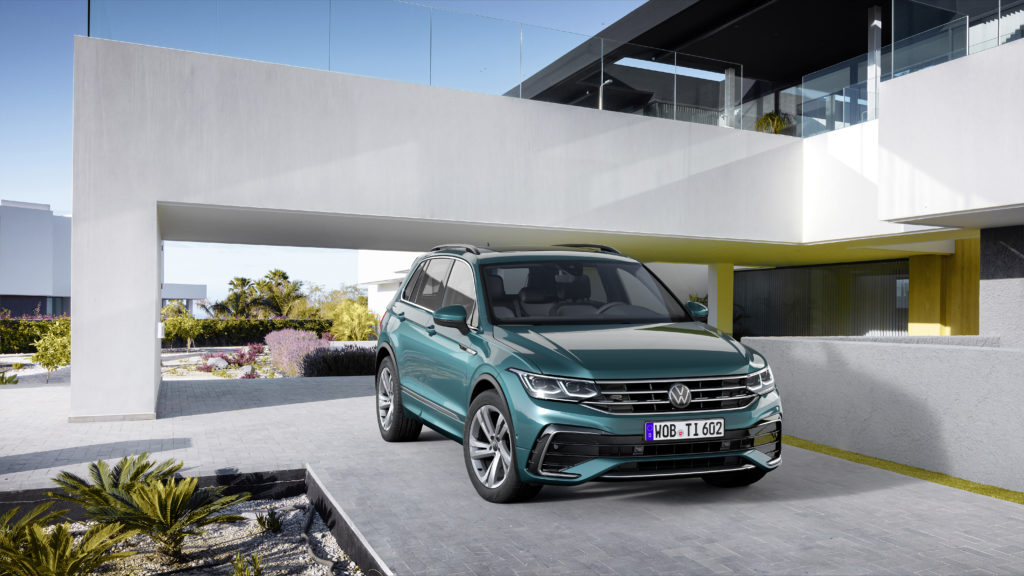 Volkswagen also recently announced the refreshed 2021 Arteon would get changes including a new front end, three new colors (“Oryx White, Kings Red Metallic, and Lapiz Blue”), and Travel Assist as an option. (It’s unclear if it gets the upgraded adaptive cruise control option.) In terms of front-end modifications, repairers should expect:

For the first time, the Arteon can also be configured with an illuminated grille. On midrange models, new LED daytime running lights (DRLs) connect to form a central light bar in the grille, surrounding the new Volkswagen logo and using light as the new chrome. Consequently, the Arteon has been given a new and unmistakable daytime and night-time lighting signature.

The lower section of the front profile, the front apron, has also been modified. Up to now, this area featured four chrome bars. These have now been transformed into three significantly more striking chrome bars. The outer and bottom segments of the front apron are always the same color as the vehicle’s paintwork (except the lateral air intake grilles). How the equipment scopes differ: the SE trim now has two additional, separate air intake openings in front of the front wheels, as well as a chrome bar that has been integrated above the front spoiler. In contrast, the R-Line features one larger, continuous, bottom air intake above the front spoiler that is surrounded by a C-shaped section on the outside in front of the front wheels, which has been painted in the main vehicle color. 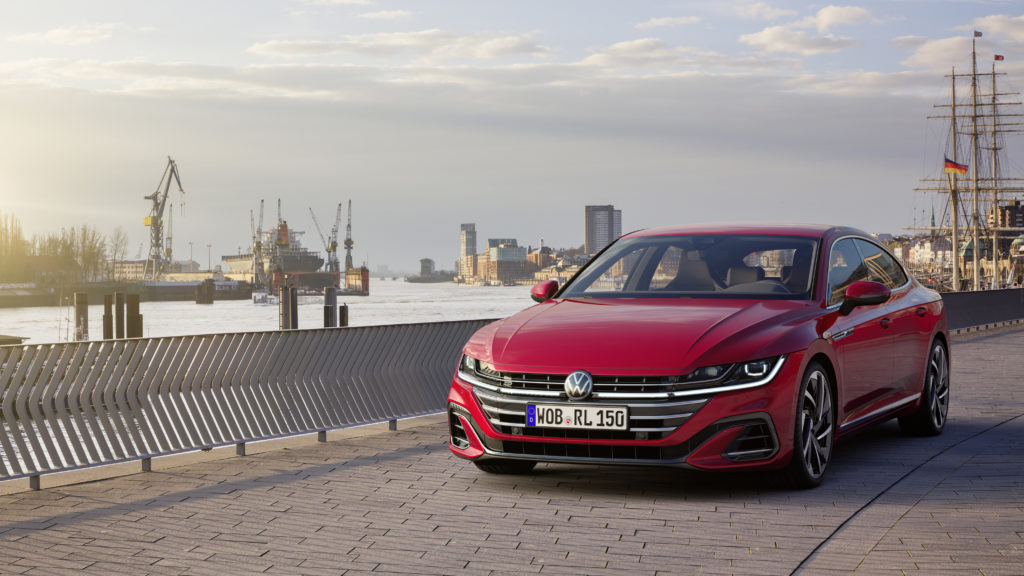 “World premiere of the new Tiguan”

The European version of the 2022 Volkswagen Tiguan is shown. The U.S. version is similar but is a long-wheelbase configuration. (Provided by Volkswagen)

The 2021 Volkswagen Arteon is shown. (Provided by Volkswagen)