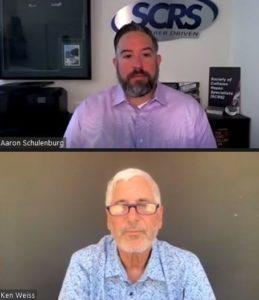 A Collision Industry Conference committee last month demonstrated how semantic differences between players in the auto body repair process could mean a part a vendor classifies one way could be designated something different by the time it reaches the actual customer.

The CIC Parts and Materials Committee session July 22 presented internal definitions used by parts procurement platforms and estimating systems to classify auto body components to estimators. But the committee also demonstrated how a parts description could theoretically evolve as the description traveled digitally from a supplier through a procurement platform, an estimating system and a shop or insurer estimator to the actual customer — even if all parties were acting in good faith.

Based on the presentation, industry inconsistency in part category definitions leaves the potential for a messy game of telephone that could confuse or mislead downstream parties.

In one instance, a third-party parts supplier would feel “‘My part’s OEM,'” Weiss said. But when the company looks to input the component into a parts procurement system, there’s “‘nowhere else I can put it'” but into the surplus OEM category, for the vendor wasn’t a dealership, Weiss said.

The parts procurement system feeds the data into an estimating system, and because the industry lacks standardization, the information provider rewrites “Surplus OEM” as “OE Surplus.” The insurer and shop then both represent the part as “OE Surplus” to the consumer. 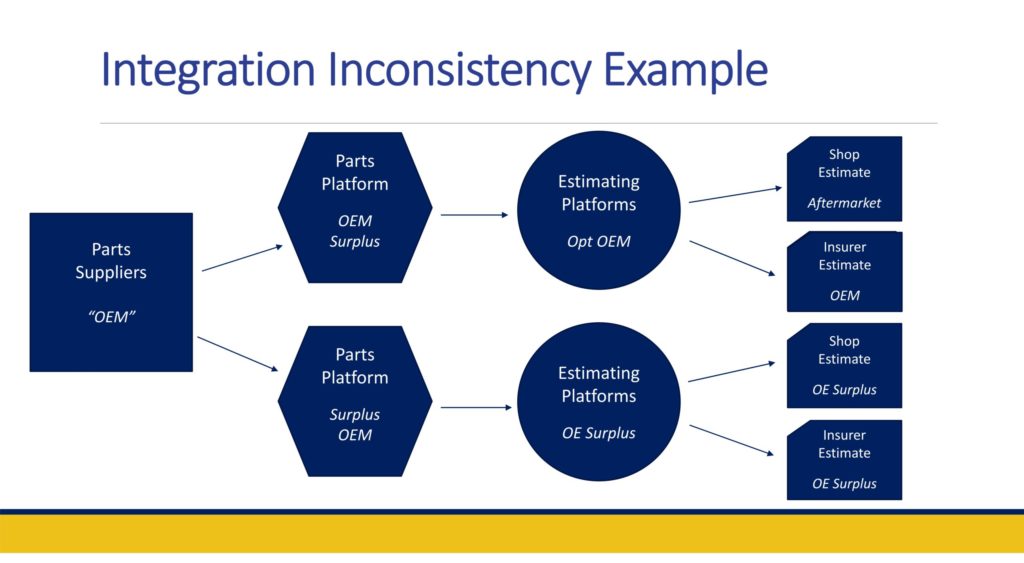 In this scenario, the supplier internally calls the part “OEM.” They sell the component on a parts procurement system which calls it “OEM Surplus,” and the estimating platform reclassifies it as “Opt OEM.” But the repair is occurring in California, and the state won’t let insurers or repairers use the term “Opt OEM” on an estimate; the shop and insurer must define the part to a consumer using one of the terms permitted by the BAR and CDI. The shop and insurer estimates might wind up putting the “exact same part” in different categories, according to Schulenburg. The shop calls the item “Aftermarket,” while the insurer declares it “OEM” in separate estimates given to their mutual customer.

Schulenburg called such an evolution “certainly concerning from a transparency standpoint.”

Weiss presented another two scenarios involving a parts supplier selling what it considers a “Tier One Replacement” part: one created by the OEM’s own supplier. The vendor might decide the part should be called “OE Discount” in the parts procurement platform, and the estimating system, insurer and shop all concur in that definition. 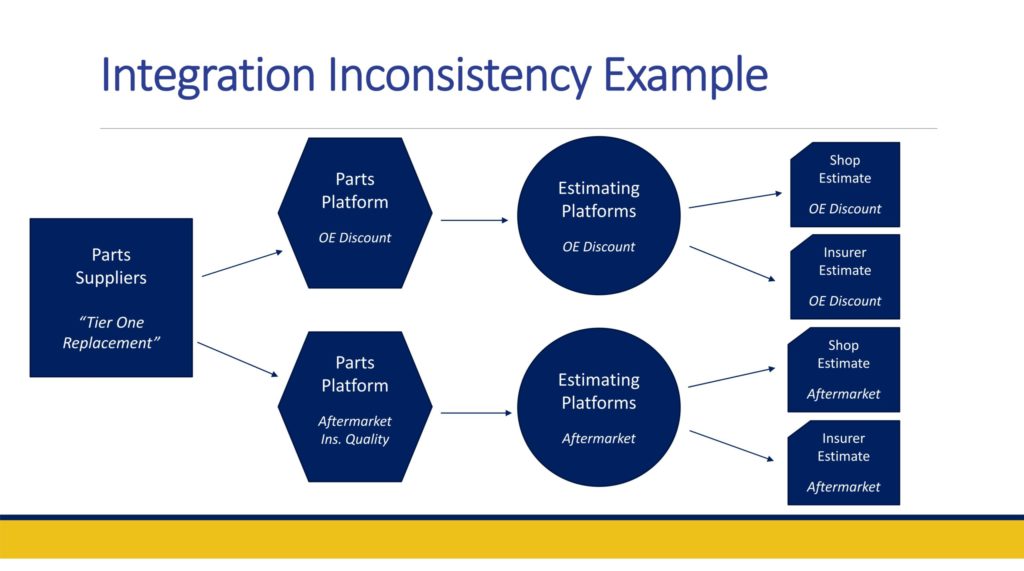 Conversely, a seller might conclude that the same part is best represented as “Aftermarket Insurance Quality.” The estimating platform reclassified this as “Aftermarket,” and the shop and insurer use the same term in their individual estimates.

The same part gets “two different outcomes” — with potentially no bad faith on the part of the supplier, according to Weiss. “He honestly didn’t know what to do,” he said.

Schulenburg said specific terms with specific definitions rather than leaving a part’s classification up to the supplier would benefit the industry. He said collision repairers have encountered examples of suppliers with Tier 1 replacement parts calling the components “OE surplus” or “OE discount.” The supplier reasons that even though these items ship in non-OEM boxes with different part numbers, the components warrant those terms because the Tier 1 also makes OEM parts, according to Schulenburg.

But he said he thought most repairers would define such a component as aftermarket. 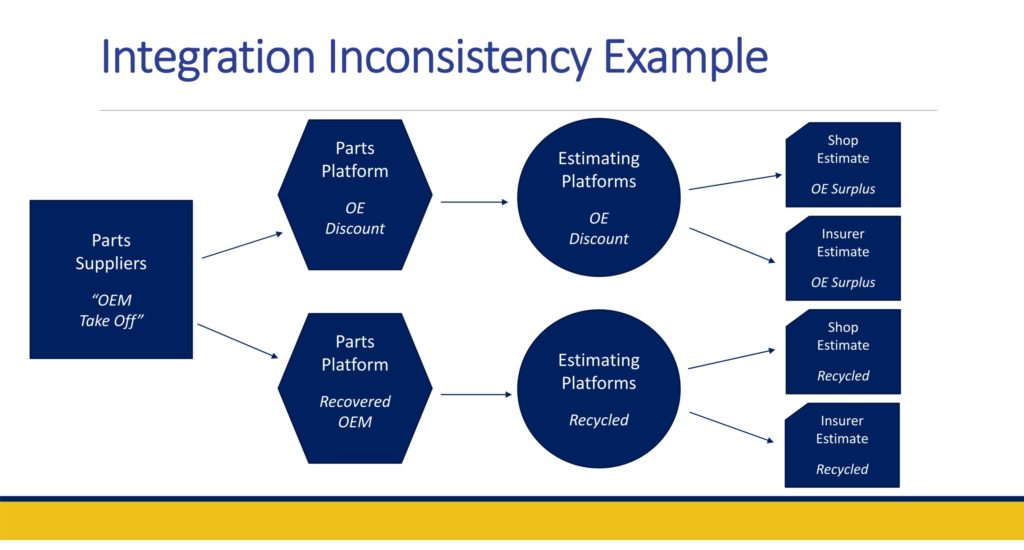 A final set of scenarios involved a supplier selling an “OEM Take Off” part — an item removed from a brand new car and resold by itself. The vendor’s parts procurement system permits the component to be classified as “OE Discount,” a category also accepted by the estimating system. The shop and insurer rewrite it as “OE Surplus” on their respective estimates.

Or the vendor might call the item “Recovered OEM” if the parts platform allows it. The estimating platfom rejects this term and calls it a recycled part, and the shop and insurer agree.

The lack of standardization and accountability means “this is what we have today,” Weiss said.

Transparency on behalf of the end motorist is necessary, Schulenburg said. An part described as “recycled” leaves a different impression than one called “OE surplus,” he argued. A component needed to be presented appropriately, he said.

Eric Marrello, director of sales for APU and a panelist during the CIC session, said it’s typically not an “intentional act” — a supplier attempting to mislead about a part’s status — when a part definition on his platform leads to an objection to a supplier’s characterization. The “primary issue” was the absence of a “universal definition,” he said.

APU is discerning about who it will allow onto the company’s parts platform — there’s a reason why you won’t see “every vendor out there” on the system — Marrello said. So while some vendors might act unscrupulously, any issues related to an APU seller was likely just an honest difference in how parts were viewed in a system without uniform definitions, he said.