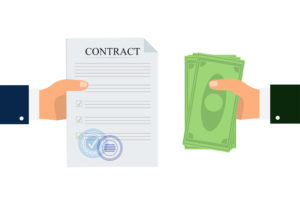 This sounds at first like the insurer would only need to reimburse the amount a network would charge. But the “terms and conditions” wording cuts both ways, according to AASP-NJ Executive Director Charles Bryant.

If an insurer asks a body shop to match a direct repair program facility’s pricing, the unaffiliated repairer could request a copy of the DRP agreement in question so the repairer could review the terms and conditions, Bryant suggested to a virtual AASP-NJ meeting Aug. 19. The shop could also request to be placed on the DRP and be permitted to act as an appraiser like a DRP shop would, he said.

Bryant told an Aug. 19 virtual town hall that the trade group offers a form members can use to convey such a message. AASP-NJ also offers a hotline member shops can contact for backup on such an issue.

He recalled an incident with an insurer who was “very nasty and rude, and obnoxious” — until the request to extend the perks the insurer granted the DRP shop to the unaffiliated facility.

“All of a sudden, they turned into the nicest people you wanna see,” Bryant said of the insurer. The carrier asked the shop how the problem could be resolved.

Bryant noted that Section 64 dates back to 1998 but hadn’t been enforced since that incident. But “we’re hearing now” it is, he said.

“That is gonna become an issue,” Bryant said. He said a situation had arisen where an insurer used Section 64 as grounds for refusing to pay storage, arguing that a DRP shop wouldn’t charge it. (The law doesn’t even apply to storage, just repair, Bryant said.)

This reciprocity argument — if the insurer only has to pay DRP prices, it must give the same concessions it traded for those prices — is a good reminder for regulators, shops, insurers and consumers that DRP prices aren’t free-market door prices. The shop received concessions in exchange for them.

Bryant pointed out another problem with insurers seeking to use New Jersey 17:33B-36.1. After the passage quoted above, Section 64 continues with this surprising mandate:

Prior to undertaking any repair, the auto body repair shop or other repair facility of the insured’s choice shall provide the insured with written notification, in a form to be  established by the Commissioner of the Department of Banking and Insurance by regulation, that, by agreeing to have the auto body shop or other repair facility of the insured’s choice accept the same terms and conditions from the insurer as the shop, facility or network with which the insurer has the most generous arrangement, the insured may jeopardize any manufacturer or dealer warranty or lease agreement.  Such notification form shall be signed by the insured prior to the undertaking of any repair.

Essentially, the shop would get the customer to sign a form saying that fixing the vehicle like a DRP shop could void the warranty or lease.

The 1998 statute calls for Department of Banking and Insurance to develop the form.

“Guess what, my friends: They can’t create that form,” Bryant said. He challenged the audience to tell him an agency that would produce a document saying “‘letting you fix the car the way that we would have it fixed is gonna void your warranty'”

Bryant said he had a letter from DOBI confirming that “they never adopted the statute that calls for that form.”

Featured image: The Alliance of Automotive Service Providers of New Jersey last month offered repairers and consumers a defense against insurers attempting to force non-DRP shops to match DRP terms under “Section 64.” The repairer could request the same perks as a DRP facility, AASP-NJ suggested. (vitalik19111992)