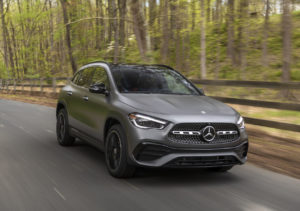 Mercedes this summer announced 72 percent of the next-generation 2021 GLA’s body would be high-strength or even tougher steels, calling the vehicle “a model of modern lightweight steel construction.”

Mercedes also noted in a July 23 news release that it galvanized nearly all the “metal sheets of the painted bodyshell” of the entry-level SUV.

The OEM described connecting body steels with “spot welding, clinching and MIG soldering” — and “increasingly” joining them with adhesives. The last of these contributed rigidity and improved noise and vibration, Mercedes said.

Aluminum found a home on the SUV’s chassis as well. The MacPherson front suspension incorporates cast aluminum steering knuckles and an aluminum wishbone, according to Mercedes.

“The structural sections or load paths have a multi-piece design,” the OEM wrote. “In addition, the bodyshell uses tailored products with different material qualities and thicknesses. Both together allow tailoring the components precisely to the local loads.”

Mercedes further noted that the doors reach over the sills, “improving impact protection in the event of a side collision.” 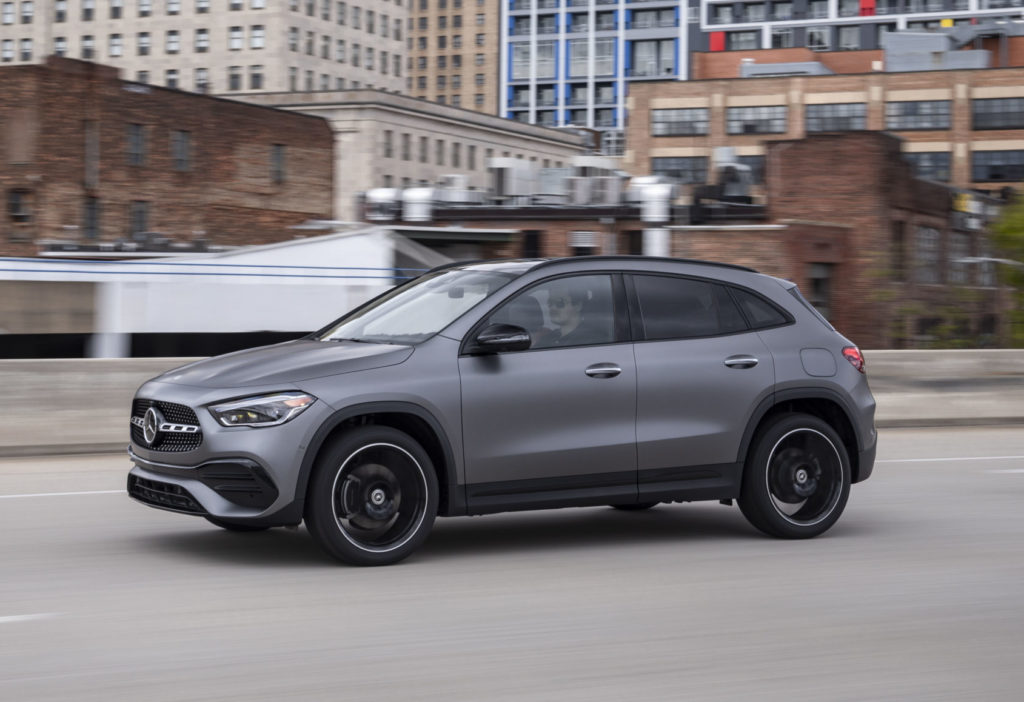 The OEM also drew attention to the rigidity contributed by the design of the vehicle’s rear.

“The rear end is formed by a multi-piece frame structure with two outboard longitudinal members and cross-members each,” Mercedes wrote. “A third transverse connection between the rear axle joints stiffens the structure even further. The area of the C- pillar at front (C-Ring) and C-pillar at rear (D-Ring) features additional reinforcements for rigidity, NVH and rear-end impact. The two-shell roof frame at the rear is fitted with additional hinge reinforcements for the rear door.”

Mercedes said it also fought vibration by using rubber bushings to separate the body-in-white from the subframe holding the four-link rear axle. 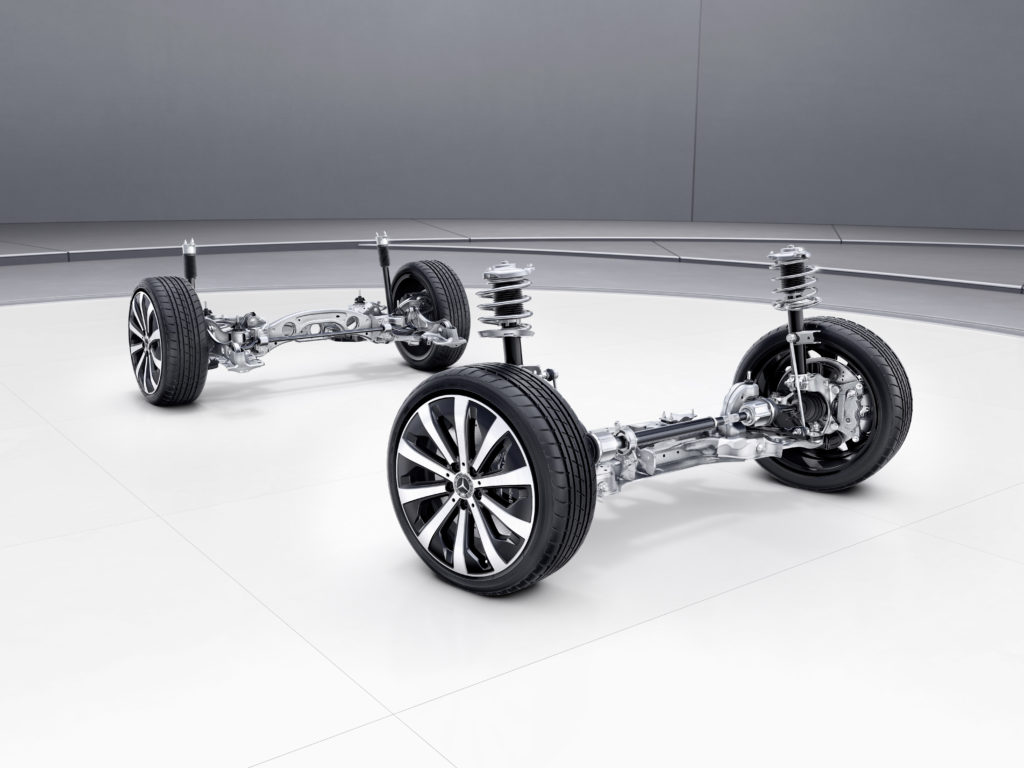 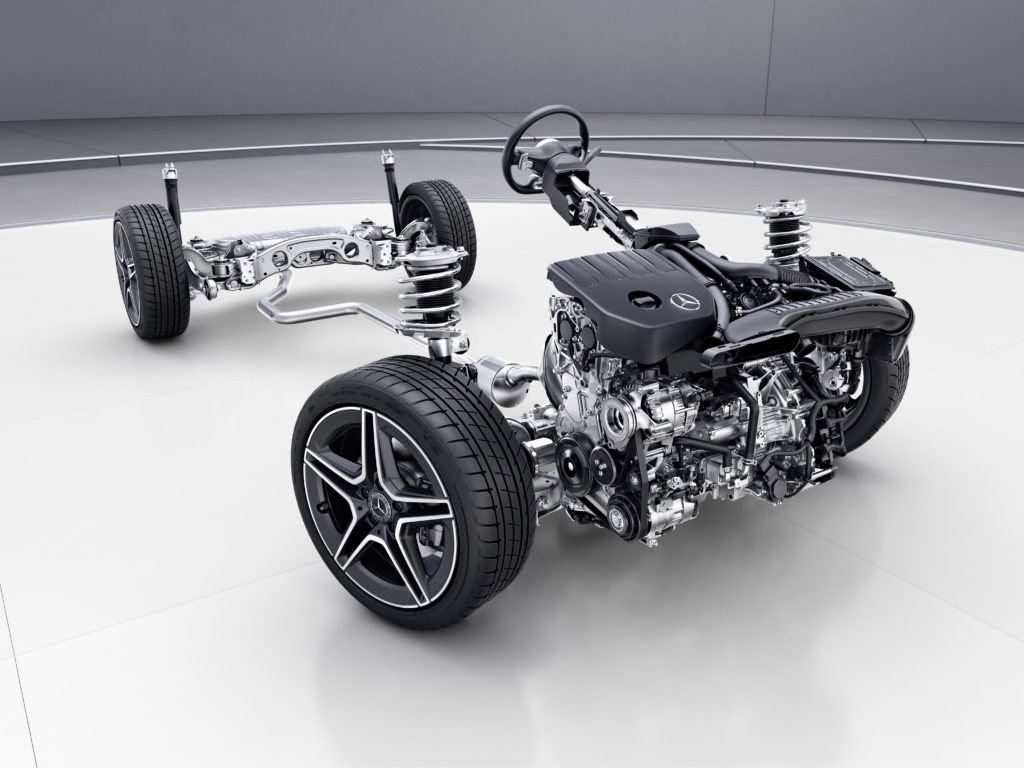 Aerodynamics and the body

According to Mercedes, repairers will encounter significant aerodynamic functionality throughout the GLA’s exterior.

The OEM said it placed panels on the engine compartment and underbody, “where about 20 percent of the entire aerodynamic drag is created. … Vortexes at the rear are also reduced and the efficiency thereby increased. Front-axle and rear-axle lift is decreased. This results in improved handling stability at high speeds and ensures a safe sense of driving in crosswinds.

This underbody cladding spans areas under the rear axle and diffuser, Mercedes said.

The OEM rerouted or closed off other airflow as well. “Specially sealed are the surroundings of the headlamps, the wheel wells to the engine bay as well as the area around the radiator, among others. In addition, this routes the cooling air even more efficiently,” Mercedes wrote.

This aerodynamic measure was joined by “(f)urther important improvements … in the seal of the windscreen frame and in the sealing of trim elements and detachable parts,” which cut wind noise.

The GLA also contains an active aerodynamic “AIRPANEL” system able to close radiator shutters automatically — a useful component but an additional piece of technology that might be damaged in a collision.

The GLA’s mirrors are designed and positioned to cut wind noise and drag, and the vehicle includes an “(a)ero-lip in the joint where the hood meets the front bumper.” Mercedes customers can also order aerodynamic wheels as an option.

Spoilers include a “large roof spoiler, “side spoilers,” “(s)poiler lips in the tail lamps and on the rear bumper” and “wheel spoilers” for the 18-inch wheel setup which carry “a special design.”

Other items potentially of interest to repairers include: 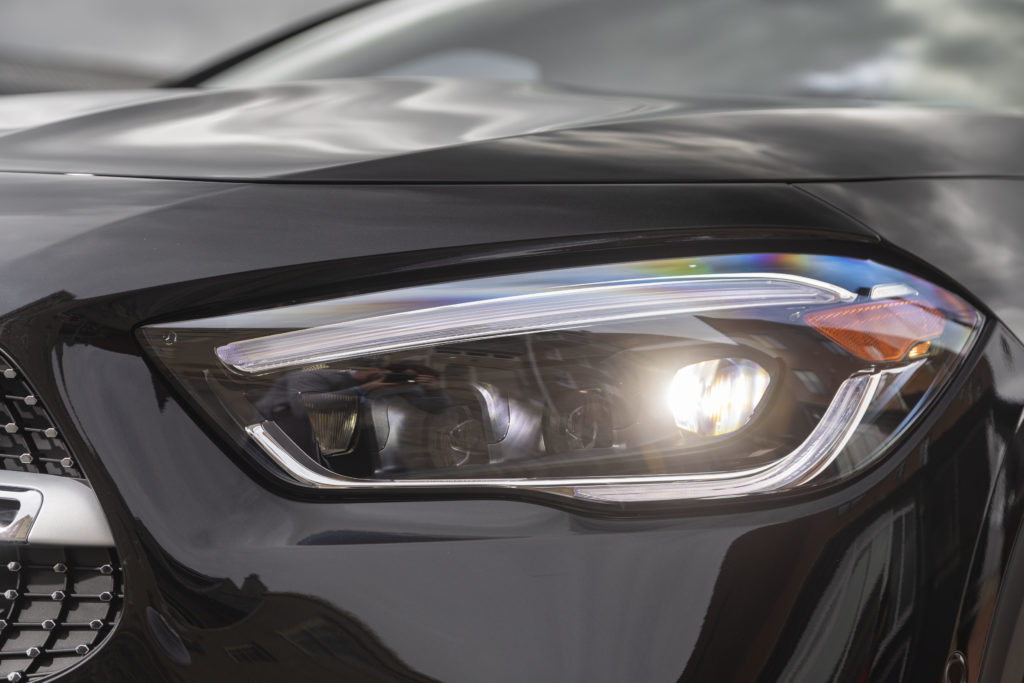 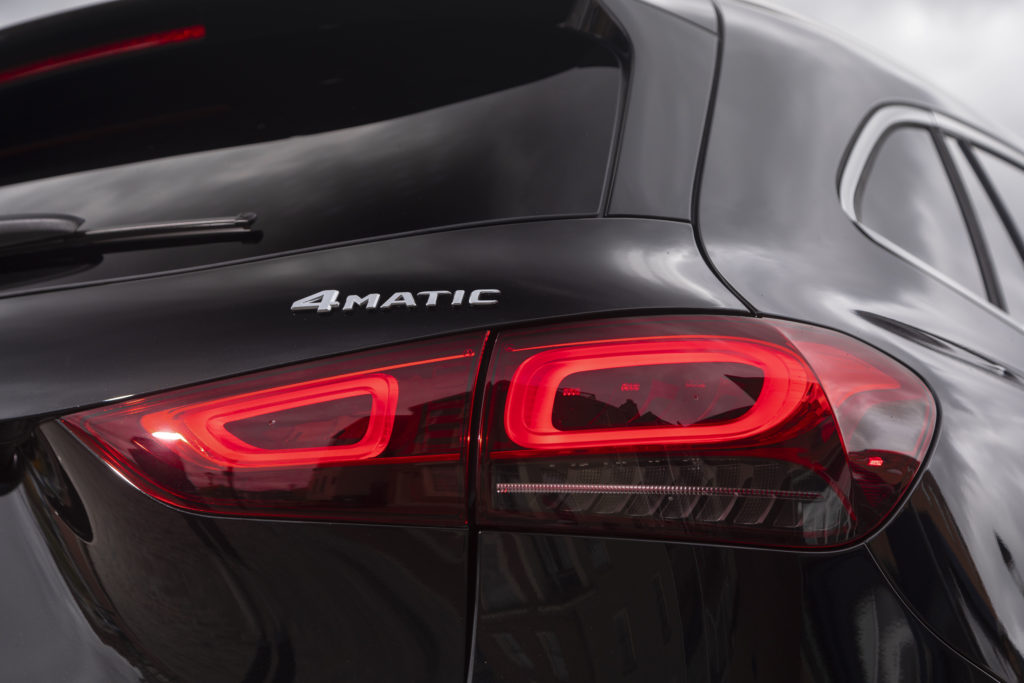 A 2021 Mercedes GLA is shown. (Provided by Mercedes)

A 2021 Mercedes GLA suspension is shown. (Provided by Mercedes)

A 2021 Mercedes GLA chassis is shown. (Provided by Mercedes)