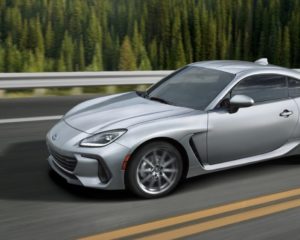 The OEM in a Nov. 18 news release said it cut weight by building the BRZ’s roof, fenders and hood out of aluminum.

This represents a wider use of the nonferrous metal compared to the prior-generation 2013-20 BRZ. Subaru in a 2012 news release announcing the 2013 BRZ’s U.S. debut only mentioned an aluminum hood while discussing the vehicle’s lightweighting, and spokesman Charles Ballard confirmed Jan. 5, 2021, that “the only aluminum in the 2013 BRZ body is the hood.”

“The use of aluminum for the roof, front fenders and hood minimizes the weight increase of the larger engine and added structural enhancements designed for even improved collision safety,” Subaru’s Nov. 18 global press release for the BRZ states. “Moreover, it contributes to optimize weight layout and lower the center of gravity to improve the vehicle’s agility.”

“Part of lowering the CoG on the vehicle was to swap roof to aluminum which weighs less so center of mass moved lower,” Ballard wrote in an email Jan. 5, 2021.

Subaru also referenced its use of high-strength steel for the 2022 BRZ.

“In keeping with its sports car dynamics, the BRZ seating position is low, but features excellent sight lines due to use of high strength steel in the A, B and C -pillars, keeping them thin but strong,” Subaru wrote.

The OEM indicated repairers will encounter structural changes from the current-generation BRZs.

“Featuring a bespoke chassis, the BRZ takes full advantage of its ultra-low center of gravity and high-strength body structure,” Subaru wrote. “Using design elements from the Subaru Global Platform, the chassis has gained rigidity through a reinforced chassis mounting system, sub-frame architecture and other connection points. Front lateral bending rigidity has been increased by 60-percent for the 2022 model to improve turn-in and response.”

Other chassis elements of note include a front suspension with custom MacPherson struts and a double-wishbone rear suspension.

Subaru also said the 2022 BRZ will feature “a 50-percent increase in torsional stiffness,” another indicator of a revised structure. 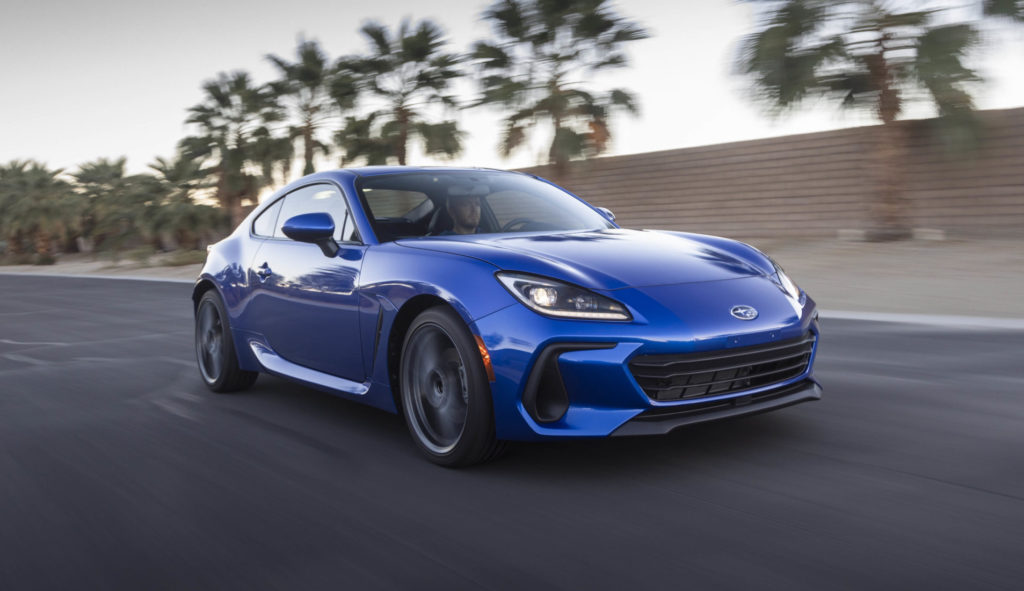 Collision repairers will also encounter a variety of functional and aesthetic elements on the vehicle body, according to Subaru.

“The aggressive design flows into bold front fenders with a large side vent,” Subaru wrote. “The functional side vent reduces drag by ducting air from under the hood and fenders. The released air is directed to a side sill spoiler that creates downforce at speed.  A small fin at the back of the rear-wheel arch also assists in airflow adding stability at speed. At the rear of the car, the large rear fenders and wider track flow into dual exhausts for a low and wide stance. This visual heft is lightened by a narrower greenhouse and rear hatch which flow into a dramatic upturned ‘ducktail’ rear spoiler. 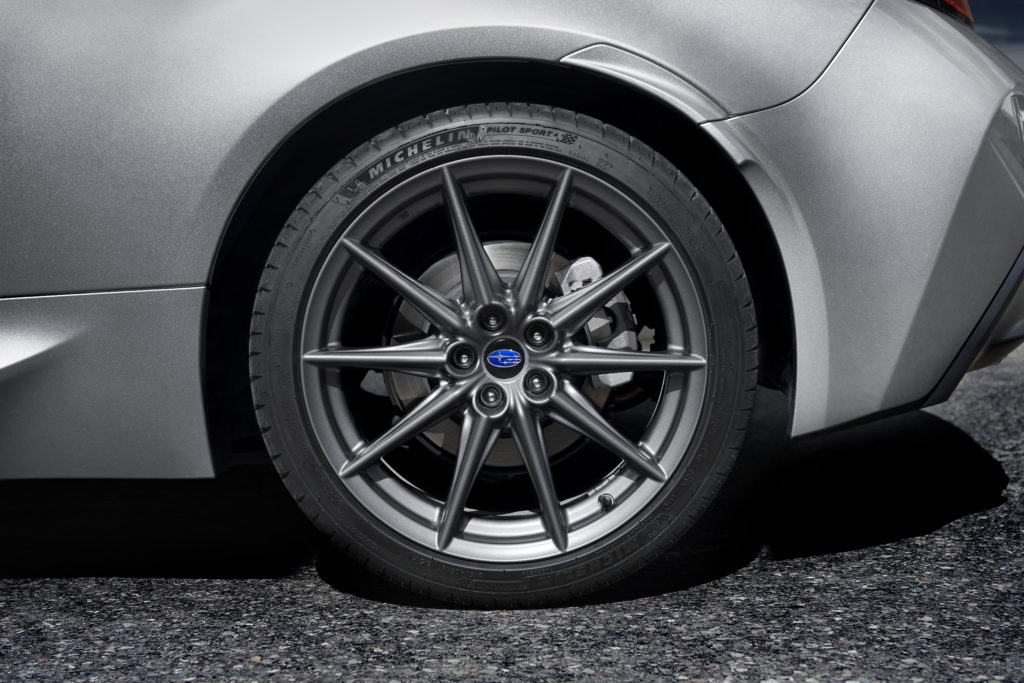 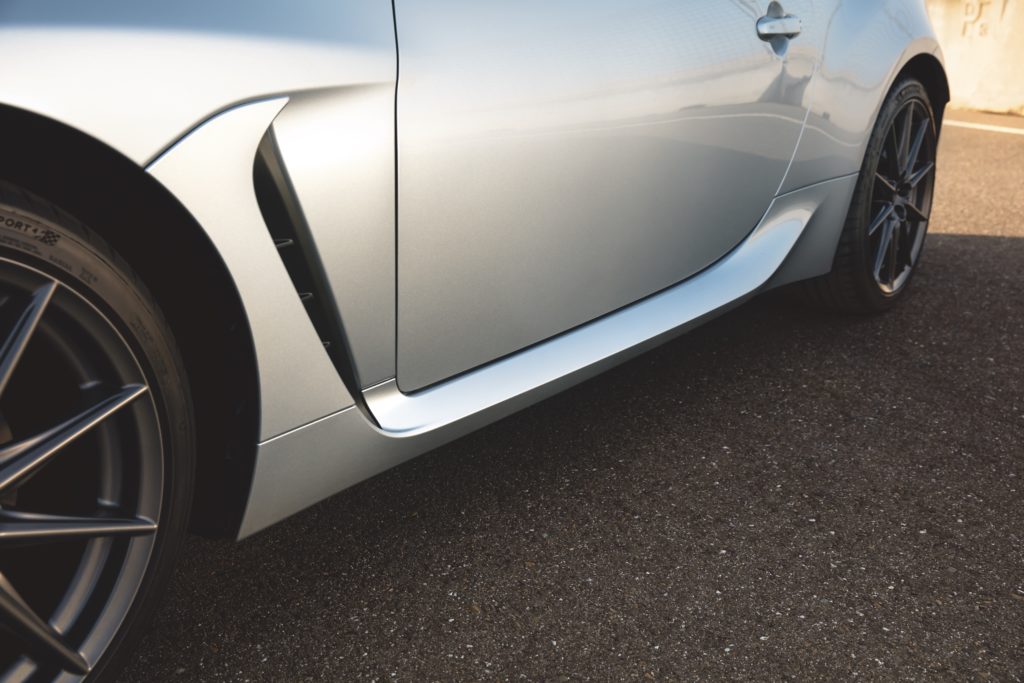 The roof, hood and fenders of the 2022 Subaru BRZ are aluminum. (Provided by Subaru)

The 2022 Subaru BRZ is shown. (Provided by Subaru)

Subaru said the side vent on the 2022 BRZ “reduces drag by ducting air from under the hood and fenders. The released air is directed to a side sill spoiler that creates downforce at speed.” (Provided by Subaru)