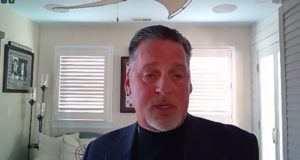 The Automotive Service Association on Thursday previewed to the industry its work on a position statement defining scanning as a necessary not-included procedure — and clarifying all related operations as separate not-included items.

He said he had hoped to present a final version, but more vetting and “crucial details to address the complicated issues” were necessary first.

On behalf of the combined efforts from Industry Associations, collision repair professionals, scan tool providers and various subject matter experts, the Automotive Service Associated (ASA) acknowledges the act of scanning a vehicle using a qualified scan tool as a necessary and not-included operation that is Iegitimately expressed on a repair order with either a fixed cost, in labor hours and/or set dollar amount.

All other procedures necessary to correctly and safely identify and address a vehicle’s electronic system faults or Diagnostic Trouble Codes {DTCs) are considered additional operations and not included in the scanning operation.  This includes but is not limited to:

• Prepping the vehicle for a scan

“That’s where we are right now,” LeVasseur said. 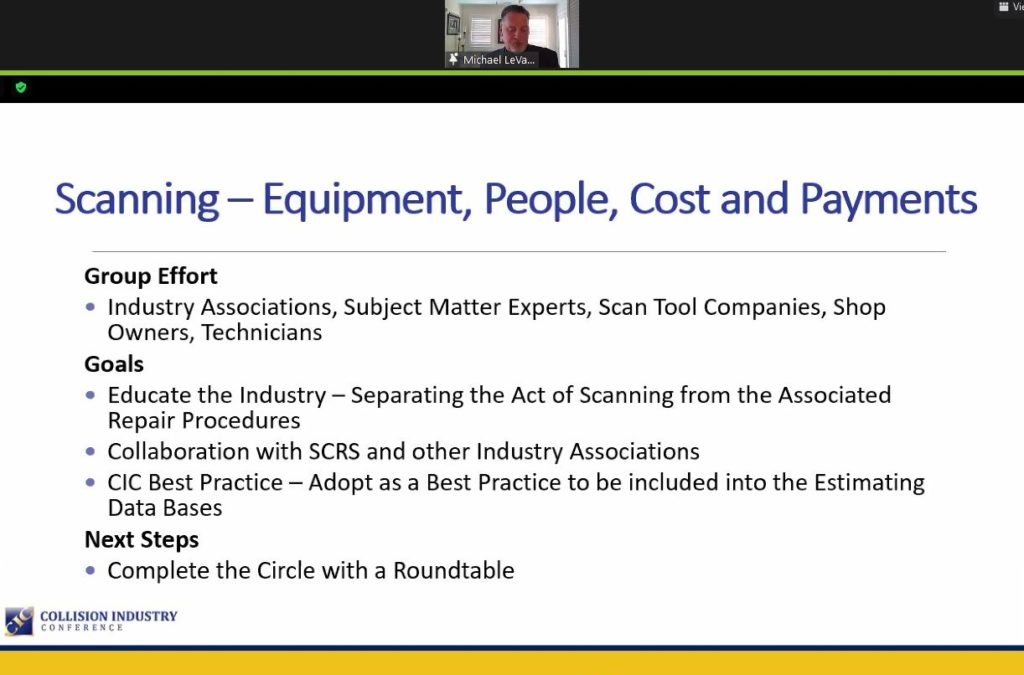 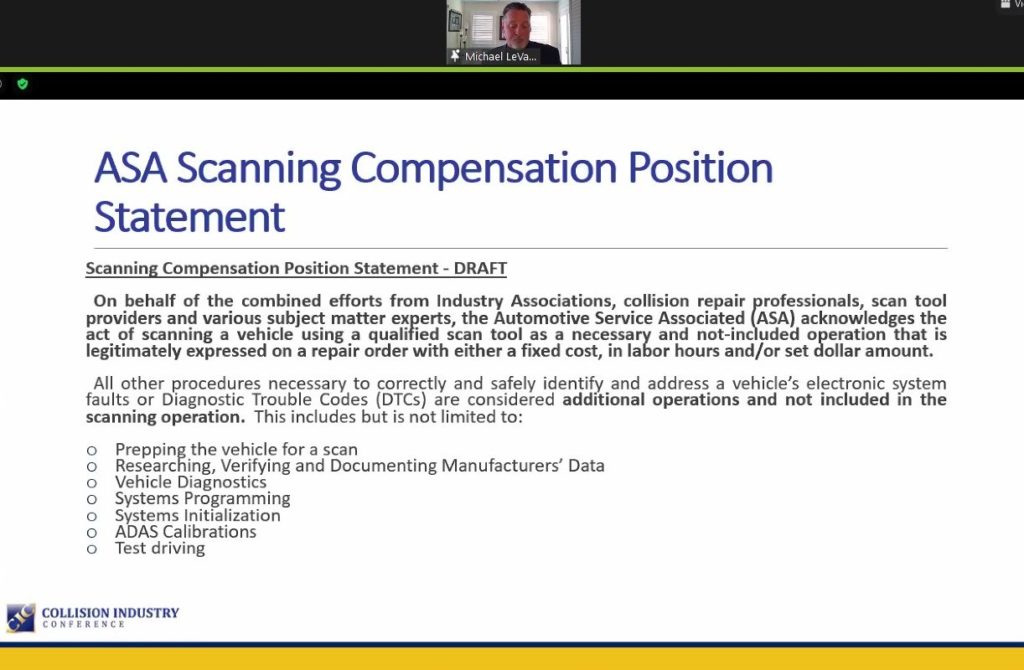 One audience member asked about the definition of “qualified scan tool.”

LeVasseur said that was among the issues that still needed to be resolved before a final draft.

He said ASA was “very close” to an definition, but this was among the “things open to interpretation” still needing clairification.

LeVasseur said a distinction was necessary to “reduce the friction” with insurers.

Carriers are willing to pay, but they need to understand what they’re covering, LeVasseur said. A definition needed to be included in estimating system databases “to get a comfort level,” he said.

A slide described one goal as “Separating the Act of Scanning from the Associated Repair Procedures.”

The act of scanning has “many associated tasks,” LeVasseur said Thursday. “But it is a single operation.” These related tasks were “very complex,” he said.

The Society of Collision Repair Specialists, which contributed feedback to the ASA effort, demonstrated this point a year ago. The trade group in January 2019 released a video highlighting the numerous labor operations which could be associated with using a remote-scanning service.

“There’s a perception that maybe all it is is plugging something in, magic happens and it gets unplugged … that’s not quite the case,” SCRS Executive Director Aaron Schulenburg told a January 2019 CIC screening of the film.

Clarity on what operations constituted scanning might speak to a concern raised by Collision Consultants manager Sam Zamir during an open mic session Thursday following the ASA appearance.

“I’m concerned ‘diagnostic’ being lumped in with a ‘scan’ charge can lead to a payer forcing a shop to absorb hours of labor into a simple preliminary procedure,” Zamir wrote.

Audatex draws a distinction that seems to echo the philosophies discussed Thursday. DEG records indicate the estimating service has for at least around a year been offering scanning labor times, though its Database Reference Manual P-pages still don’t yet reflect this.

The information provider defines the operation of scanning extremely narrowly. Like the ASA’s draft approach, Audatex treats many operations one might associate with “scanning” as not-included manual entries.

“Audatex Pre and Post Scan labor allowances include time for connecting the scan tool, reading any DTCs if applicable, clearing any DTCs if applicable, and disconnecting the scan tool. The times indicated represent using an OEM or OEM equivalent scan tool utilizing the SAE J2534 interface,” Audatex told the DEG last year. (Emphasis added.) “Any additional work outside of these listed operations would not be included with Pre/Post scan labor allowances provided in Audatex, therefore requiring manual considerations.”

In February 2020, Audatex explained how this definition would encompass a mere 12 minutes of work on a 2019 Volvo XC60. Pre-scans are listed as 0.2 hours, and post-scans also were considered to take 0.2 hours.

“For this type of operation Audatex provides and includes connect station, read and reset DTCs,” Audatex wrote then.

Again, note how few actions are encompassed in this definition. Hook up an OEM scan tool or a third-party device running the official OEM software via J-2534. Scan the car. Clear codes. Unhook the scan tool. Diagnosing problems found within codes and other operations related to the scanning process aren’t mentioned here.

Audatex replied: “Audatex pre and post scan labor allowances include time for connecting the scan tool, reading any DTCs if applicable, clearing any DTCs from the tool if applicable, and disconnecting the scan tool. The times indicated represent using an OEM or OEM equivalent scan tool utilizing the SAE J2534 interface. Any additional work outside of these listed operations would not be included with Pre/Post scan labor allowances provided in Audatex, therefore requiring manual considerations.”

The other two estimating services do not offer labor times for scanning a vehicle, with Mitchell once observing that the sheer varieties of ways to scan a vehicle made it difficult to do so. CCC makes a similar point in its P-Pages.

“Many OEMs recommend a pre- and post-repair diagnostic scan on all vehicles involved in a collision that could reveal pre-accident or accident-related damage,” CCC’s Motor Guide to Estimating P-pages state. “Please refer to OEM position statement and repair procedures for more information. Due to the variety of scan tools used, both OEM and aftermarket, as well as the variation from vehicle to vehicle and repair to repair, MOTOR is unable to develop a time that accounts for these different scenarios. Therefore, MOTOR recommends an on-the-spot evaluation to determine an appropriate estimated time to perform diagnostic scans for each repair.”

Mitchell lists pre- and post-repair scans among its not-included procedures.

Mitchell said it also doesn’t include “Time to aim/calibrate/diagnose/re-set/scan or test.”

The Automotive Service Association has been developing a scanning position. On Jan. 21, 2021, it provided a look at its 11th draft but said more work needs to be done before it will have a final version. (Screenshot from virtual CIC)

The Automotive Service Association has been developing a scanning position. This slide from the organization’s Jan. 21, 2021, virtual Collision Industry Conference presentation describes the effort. (Screenshot from virtual CIC)