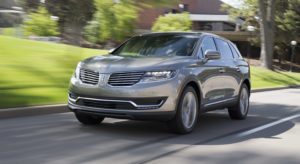 Here’s our latest monthly roundup of areas spotlighted as tip-worthy by the DEG. To receive the tips as soon as the DEG releases them, like/follow the DEG’s Facebook and Twitter feeds. (It also posts videos to a YouTube channel once in a while.) Or just browse the roughly 18,000 inquiries and responses in the database and see what else you learn.

The DEG in January drew attention to a recent clarification by Audatex on when weld-through primer wasn’t included in a labor time.

However, the user pointed out that Section 4-3 of the DBRM P-pages lists applying weld-through primer to welded areas as included labor in “some Major welded panel operations.”

“Does the ‘Zinc Coating’ (in Section 4-2) apply to Zinc weld thru primer?” the user asked about a 2018 Toyota Camry. “… Does this logic also apply to every small welded on bracket / reinforcement that is replaced as stand alone operations and not specifically called out in 4-3?”

Audatex confirmed the weld-through primer wouldn’t be included in those situations.

Mitchell: Time to get part back to ‘undamaged’ not included

DEG Administrator Danny Gredinberg in a Jan. 25 video tip explained that simply substituting an remove and replace time for an remove and install time in Mitchell might not be accurate in all situations.

The video highlighted a Jan. 14 DEG inquiry from a user seeking to reuse a door weatherstrip on a 2019 Chevrolet Silverado. 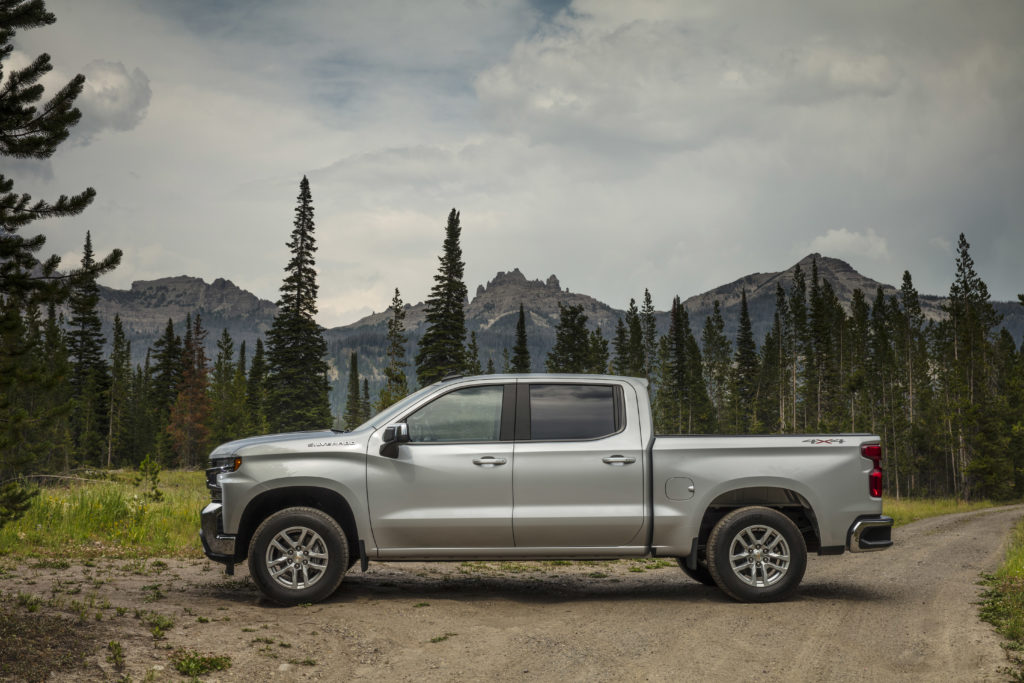 “When removing the door weather strip some of the clips break,” the user wrote. “Is the labor to repair and replace the existing weather strip with new clips included with the remove and install of the weather strip?”

The user estimated this time at 0.3 hours.

“Mitchell does not publish an R&I labor allowance for this weather strip,” Mitchell wrote. It also observed that typically, “a cab/door weatherstrip will not have a unique R&I Headnote.”

Mitchell wrote and Gredinberg demonstrated in the video how a user could switch the weatherstrip operation from R&R to R&I. The Mitchell software puts an “r” next to the 0.5-hour labor time and an explainer stating “CEG R&R Time Used For This Labor Operation.”

“This is a really critical idea right here,” Gredinberg says in the video. In a situation where “you have to rebuild” the component, the R&R time being substituted won’t include time spent getting the reused part back to the condition of a new part, he said.

Mitchell in the inquiry mentioned to the user that its P-Pages define R&R as the time to “replace the part or assembly with a new one” and base labor times on “REPLACEMENT WITH NEW, UNDAMAGED PARTS FROM THE VEHICLE MANUFACTURER ON A NEW, UNDAMAGED VEHICLE.” (Emphasis Mitchell’s.)

“So, if the decision has been made to re-use a part, and that part is not in an ‘undamaged’ condition, then any additional time needed to make the part suitable for re-use has not been factored into the Remove and Replace time,” Mitchell wrote.

Sometimes, it won’t be enough to pre-repair and post-repair scan a vehicle. Sometime you need to scan midway through a repair.

“As an example, this operation may be needed after reenergizing a hybrid/ electric vehicle in the middle of a repair process to continue repairs of the vehicle before the final reassembly, and post- repair scan,” the DEG wrote in a Feb. 1 tip.

The DEG called CCC the only estimating system as of that point to include an database option for an in-process scan. “All three information providers (CCC, Mitchell and Audatex) consider this step to be NOT INCLUDED,” the DEG wrote.

CCC defines the term as “Any scan completed after pre-repair scan and before post-repair scan,” it told a user who’d asked about such scanning on a 2016 Buick Encore in a Jan. 15 inquiry.

CCC on recycled fenders and liners

A user on Feb. 4 had submitted an inquiry about all 2019 Chevrolets which asked CCC to update the RACED used vehicle estimating P-pages Fender Group entry.

“Since RCY Fenders NEVER come with Fender Liners already attached as an Assembly,” the user wrote. “This creates confusion and then get interpreted as the fender liner labor would still be included and treated as a new part. We understand the RACED Guide Assembly on historical cars where you can remove a fender with a liner attached and the liner used to come with a RCY fender as an assembly. On Modern cars this is never the case.”

They suggested new language or explaining that recycled fenders lack liners “and that fender liner R/I from the original damage vehicle or R/R is not factored into RCY RACED Consideration. The language update would be helpful as language is being mixed between RACED guide components that dont come exactly as the RACED Guides logic then being expected to be used in NEW R/R times.”

CCC said some recycled fenders can indeed have liners, but it felt marketplace lacked consistency.

“After doing a study of how recycled/LKQ Fenders are being sold from recyclers throughout the entire country, the statement that the Fender Liner ‘NEVER’ comes with the Fender is not true,” CCC wrote. “How the Fender comes is dependent on whether the Fender Liner is undamaged, the recycler’s business practices, or if the repair facility asks for it when ordered (if available). Due to those variables, MOTOR will update the GTE in the next scheduled update in the fall of 2021 to reflect the Fender Liner to not be included in how the assembly is serviced.” 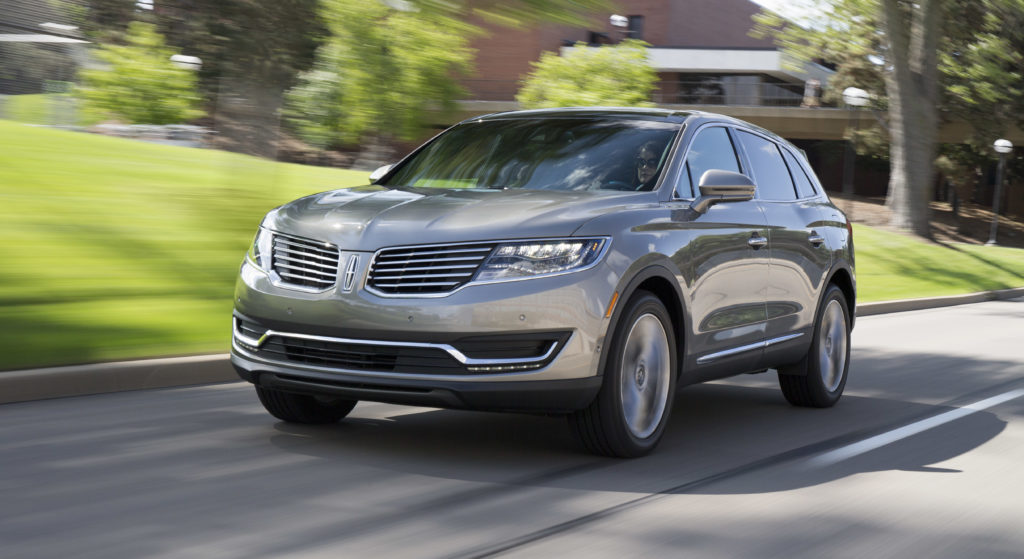 Removing wheels to get to bumper

If you need to take the wheels off for access when attempting to remove a bumper, it’s only going to be included in one estimating system. And even then, it’s not a given.

“CCC and Mitchell have confirmed that Labor to R/I wheels to gain access to bumper removal is NOT INCLUDED,” the DEG wrote in a March 1 tip. “Its important to always reference the specific vehicle chapter footnotes to verify if any specific operations are included.

“Audatex may or may not include wheel r/I labor. Always reference the estimate Labor Report.”

A DEG user on Dec. 8, 2020, described an estimate stating “R&I’ing the wheel assembly, inner fender liners, and wheel opening molding would all included with removing the front and rear bumper covers” on a 2016 Lincoln MKX.

“We cannot replicate the concern and need to confirm if this is actually included in bumpers front and rear (when needed),” the user wrote.

Mitchell said no. “Per p-page for front and rear bumpers, removing and installing the wheel has not been factored into the R&I Bumper labor allowance,” the information provider wrote. It also said the inner fender liners and wheel molding weren’t included either.

“It would be noted if they were,” Mitchell wrote.

CCC confirmed wheel removal for access would be a manual addition in response to a “settle a bet”-type inquiry submitted to the DEG Feb. 15.

“After review of your concern, the R&I of Wheel is ‘Not Included’ with Overhaul of Front Bumper,” CCC wrote.

A 2016 Lincoln MKX is shown. Mitchell confirmed that removing and installing its wheels for access to R&I the front or rear bumper isn’t included in its bumper R&I labor times. (Provided by Lincoln.)

A 2019 Chevrolet Silverado LT is shown. (Provided by Chevrolet)