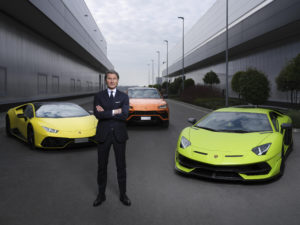 Lamborghini on Tuesday announced it would only sell plug-in hybrids by the end of 2024, and “acceleration in the second part of the decade will be dedicated to full-electric vehicles.”

The OEM said its first hybrid production car would go on sale in 2023, “and by the end of 2024 the entire range will be electrified.” The automaker confirmed it meant plug-in hybrids, a powertrain format allowing the vehicle to travel for miles on an externally chargeable battery before switching to a combustion engine.

“Performance and the authentic Lamborghini driving experience will remain the focus of the company’s engineers and technicians in developing new technologies, and the application of lightweight carbon fiber materials will be crucial in compensating for weight due to electrification,” Lamborghini wrote in a news release.

The company said it plans a “fourth model in the future,” suggesting this would be fully electric.

“Lamborghini’s electrification plan is a newly-plotted course, necessary in the context of a radically-changing world, where we want to make our contribution by continuing to reduce environmental impact through concrete projects,” Lamborghini CEO Stephan Winkelmann said in a statement. “Our response is a plan with a 360 degree approach, encompassing our products and our Sant’Agata Bolognese location, taking us towards a more sustainable future while always remaining faithful to our DNA. Lamborghini has always been synonymous with preeminent technological expertise in building engines boasting extraordinary performance: this commitment will continue as an absolute priority of our innovation trajectory. Today’s promise, supported by the largest investment plan in the brand’s history, reinforces our deep dedication to not only our customers, but also to our fans, our people and their families, as well as to the territory where the company was born in Emilia-Romagna and to Made in Italy excellence.”

Lamborghini said it would spend $1.83 billion over four years as part of its switch to hybrids. 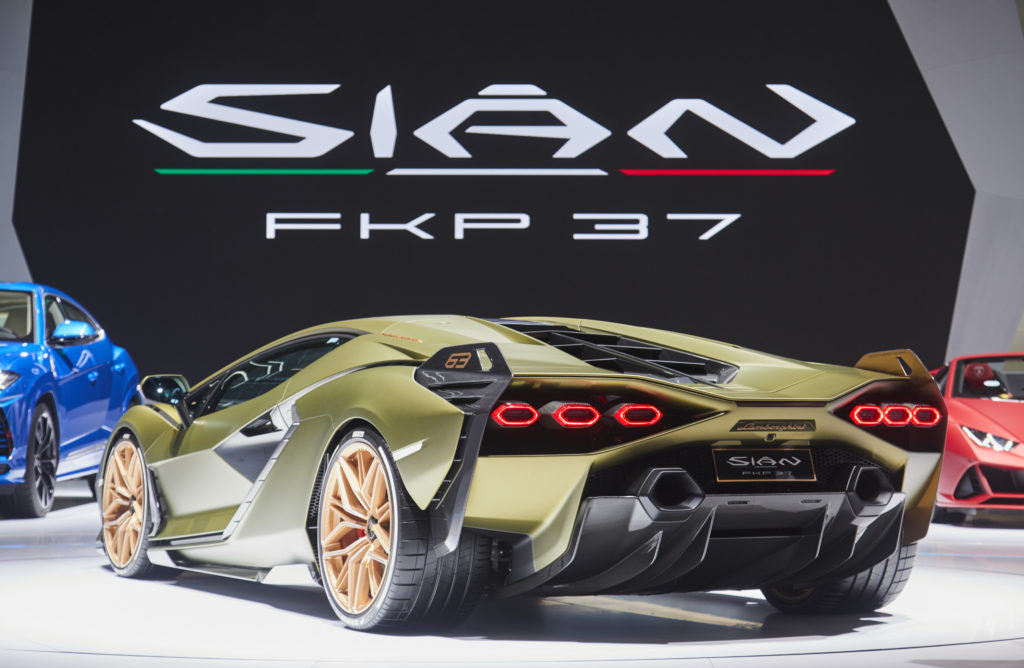 Lamborghini’s first hybrid was the limited-run mild hybrid Sián, unveiled in 2019. The OEM said it lightweighted that 63-unit model as well.

“The Sián’s weight-to-power ratio is better than that of the Aventador SVJ, achieved through extensive use of lightweight materials,” Lamborghini wrote then.

The OEM also said it “utilizes unique material science for the first time in an automotive application. Active cooling vanes on the rear use Lamborghini patented technology. The operation of these vanes is triggered by the reaction of smart-material elements to the temperature generated by the exhaust system, causing them to rotate and providing an elegant and lightweight cooling solution.”

Lamborghini said the electrical part of the Sián powertrain weighed only about 74.96 pounds, attributing this in part to the deployment of a “world first” supercapacitor setup instead of a lithium-ion battery.

“It is three times more powerful than a battery of the same weight and three times lighter than a battery producing the same power,” Lamborghini wrote of its supercapacitor, a smaller-scale version of which appeared on the Aventador. The Sián hybrid setup adds another 34 horsepower to the vehicle, bringing its capability up to 819 hp.

The OEM said the supercapacitor can also instantly charge whenever the driver brakes, which means torque is immediately ready when the driver wants to accelerate. The Sián had the fastest 0 to 62.14 mph acceleration of any Lamborghini at less than 2.8 seconds. 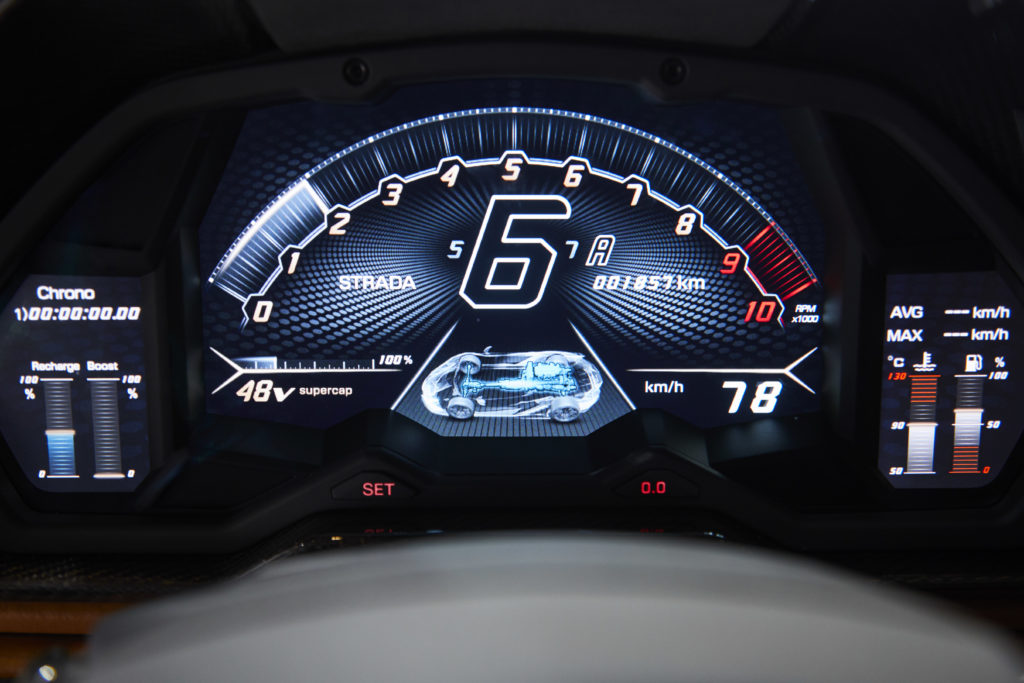 But Winkelmann told Car & Driver Lamborghini wouldn’t be able to use the supercapacitor in the upcoming plug-in hybrids.

“That is fast charging, but also fast discharging,” Winkelmann told the magazine. “If you need to enlarge range and reduce emissions, you need a battery to hold the power. So this is something we cannot continue.”

Lamborghini’s first hybrid, the Sian, appears at the Frankfurt, Germany, Auto Show in 2019. (Provided by Lamborghini)

Lamborghini’s first hybrid, the Sian, appears at the Frankfurt, Germany, Auto Show in 2019. It used a supercapacitor for the hybrid instead of a traditional hybrid battery (Provided by Lamborghini)