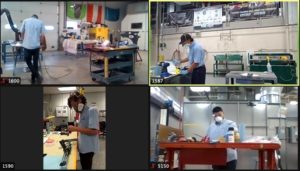 SkillsUSA returned for 2021 after a pandemic-forced hiatus last year — but it did so virtually.

Collision Repair Technology Organizer Jason Bartanen said students had “so much taken away from them.” Organizers didn’t want to let another year elapse without permitting state champions to compete at Nationals, he said. This year, they can “hang gold.”

But the virtual format presented an obvious problem: How to replicate a competition focused on hands-on skills without a physical gathering?

It’s a challenge that not even some of the SkillsUSA vo-tech students’ chosen industries necessarily faced. After all, SkillsUSA focuses on the kind of skilled-trade jobs that were deemed essential and weren’t necessarily expected to be done remotely last year.

“We really didn’t want to water down what a national champion is,” said Automotive Refinishing Technology organizer Tony Larimer (Dan-Am), one of the team of organizers behind the virtual painting competition. Larimer said the event still managed to incorporate “hands-on skill.”

“We didn’t want to have an asterisk,” he said.

Here are stories of how the collision ecosystem produced SkillsUSA champions virtually — even if organizers hope, as Larimer put it, that the event format was something “we don’t ever have to do again.”

The paint companies rotate sponsorship of various events, according to Larimer. Sherwin-Williams, who was supposed to handle the cancelled 2020 spot repair competition, finally got its opportunity this year.

“They did these panels for us,” he said. Sherwin-Williams prepared 60 of the 20-by-20 panels, painting them General Motors 3208E. Larimer observed that the pewter color was a “little bit difficult” to blend and so presented a better test of skill.

A small primer area stood about 3-4 inches from the corner, underneath the clear coat. (Organizers once just applied the primer atop the clear coat, only to have a contestant just sand it off and call it a day.)

Competitors had to search if the color was a standard or alternate one. 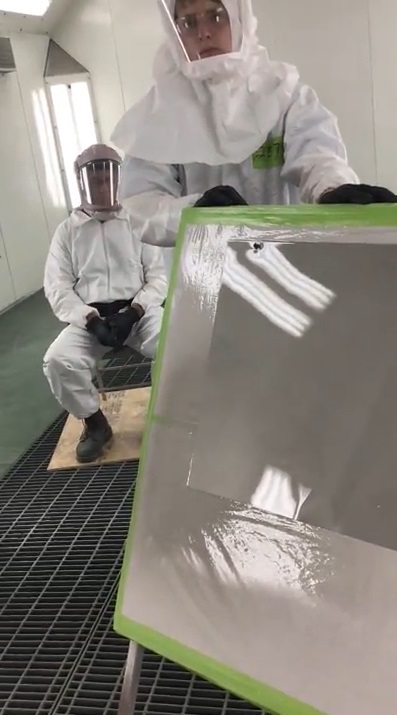 Larimer said organizers required the competitors to film themselves with their instructor in the frame to ensure no coaching occurred off-camera. The camera needed to be running the whole time, and competitors couldn’t leave the frame. They were also asked to describe on-camera how they planned to proceed with the repair.

Competitors needed to wear proper personal protective equipment, prepare the panel and then spray and blend the panel for an “invisible spot repair,” he said. Many correctly remembered to spray test panels and spray-out cards, he said.

The upper left of each panel featured a white sticker with the contestant’s number — another test of repair quality. The sticker stood far enough away from the repair point that a good painter shouldn’t get overspray on it, Larimer said.

“You had to keep it into a small repair,” he said.

The surface needed to be prepared well and with no gloss. “It had to be smooth,” he said.

Some students completed the work in 35 minutes, others took two hours. Larimer joked that the judges spent “hours of watching paint dry.” 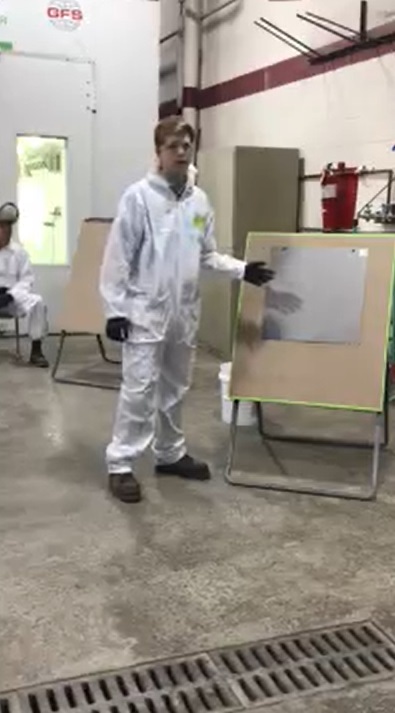 Some of the files wound up extremely large, and so not every competitor could upload to YouTube. Collision Hub ultimately contributed a series of Google Drive folders with competitor numbers to receive the larger films. Larimer observed that some of the students needed to drive a few dozen miles to obtain better Internet to submit their work.

Thirty students sent in footage of the repair. The six organizers serving as judges viewed the footage, and each picked high school and postsecondary winners. Then they watched each other’s selections and came to a consensus on winners.

Competitors were asked to keep the panels for 30 days in the event judges reached a tie; should that occur, organizers would examine the physical panels. (We interviewed Larimer prior to the announcement of winners, and so he couldn’t disclose if this scenario occurred or not.)

The competition also included a 50-question test and an interview. This year, organizers couldn’t simply use an ASE test, for ASE staff couldn’t administer it. Instead, the organizers each prepared 15-20 questions each and winnowed those down to the 50 used in the competition, Larimer said.

Interviews and resume submissions also remained a part of the competition.

“You have to be able to interview to get the job,” Larimer noted.

Asked about challenges, Larimer noted that judges couldn’t gauge skills like masking, feathering and priming remotely. Camera angles and lighting were also an issue, he said. 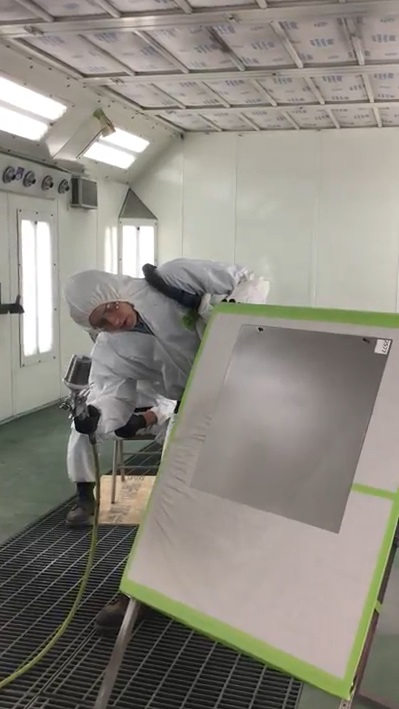 “It went really good,” Bartanen said — as good as it could be given a “competition of this magnitude.”

He also called it “a lot of work.”

Unlike the other two events, competitors were assigned proctors. Bartanen said he reached out to his former employer I-CAR for candidates, and it put out a call for personnel on SkillsUSA’s behalf.

“Who better to give us proctors?” he said.

Bartanen said organizers had find proctors and pair them with competitors within two weeks of the revelation of the state SkillsUSA winners. “It was crazy,” he said. But “it was worth it.”

“I-CAR and the proctors really saved the day on this thing,” he said.

I-CAR paid to ship all of the subject objects to the contest markets. 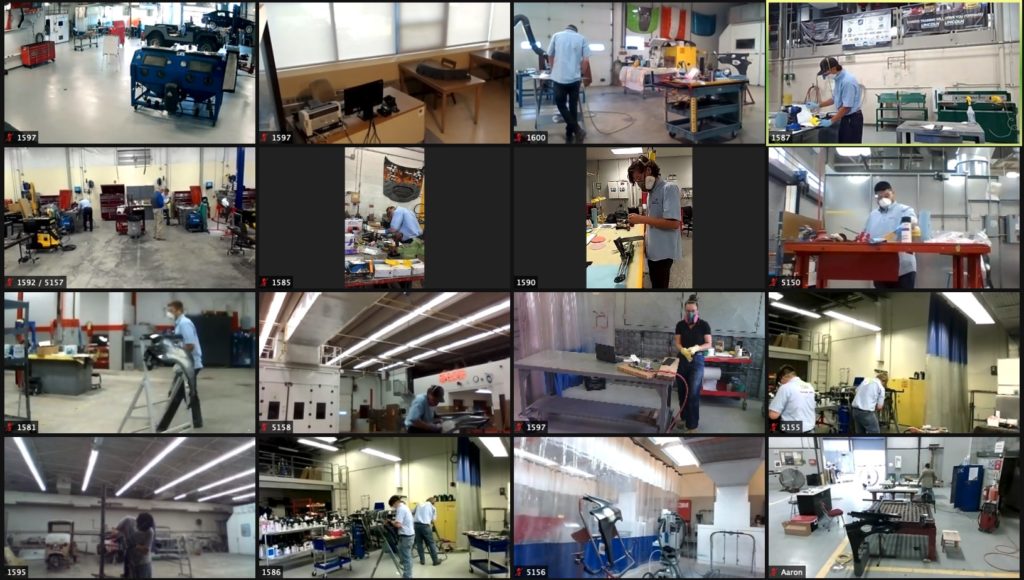 “I-CAR stepped up big-time,” Bartanen said. Proctors brought the materials to the contest sites so students couldn’t see the items ahead of time. The proctors also photographed the students’ outputs for judging purposes and checked the students used proper safety techniques.

The actual events mostly occurred at students’ schools and were carried live over Zoom.

He said the sheet metal competition included 11 specific photos, while the plastic repair and structural rail attachment work needed about 4-5 images each. We asked if it was hard to judge the physical work based off photos alone.

Applying guide coat when a student declared they were finished with the dent work allowed judges to see high and low spots and score the work based on photos alone, according to Bartanen. Measurements helped judge the welding in the attachment methods course, he said.

He said his employer Collision Hub has already had success evaluating welding virtually, and that experience helped him sell SkillsUSA on the idea of a virtual collision repair competition.

All that said, Bartanen backed the idea of a return to a traditional SkillsUSA instead of the virtual format. “I don’t want to do it again,” Bartanen said. 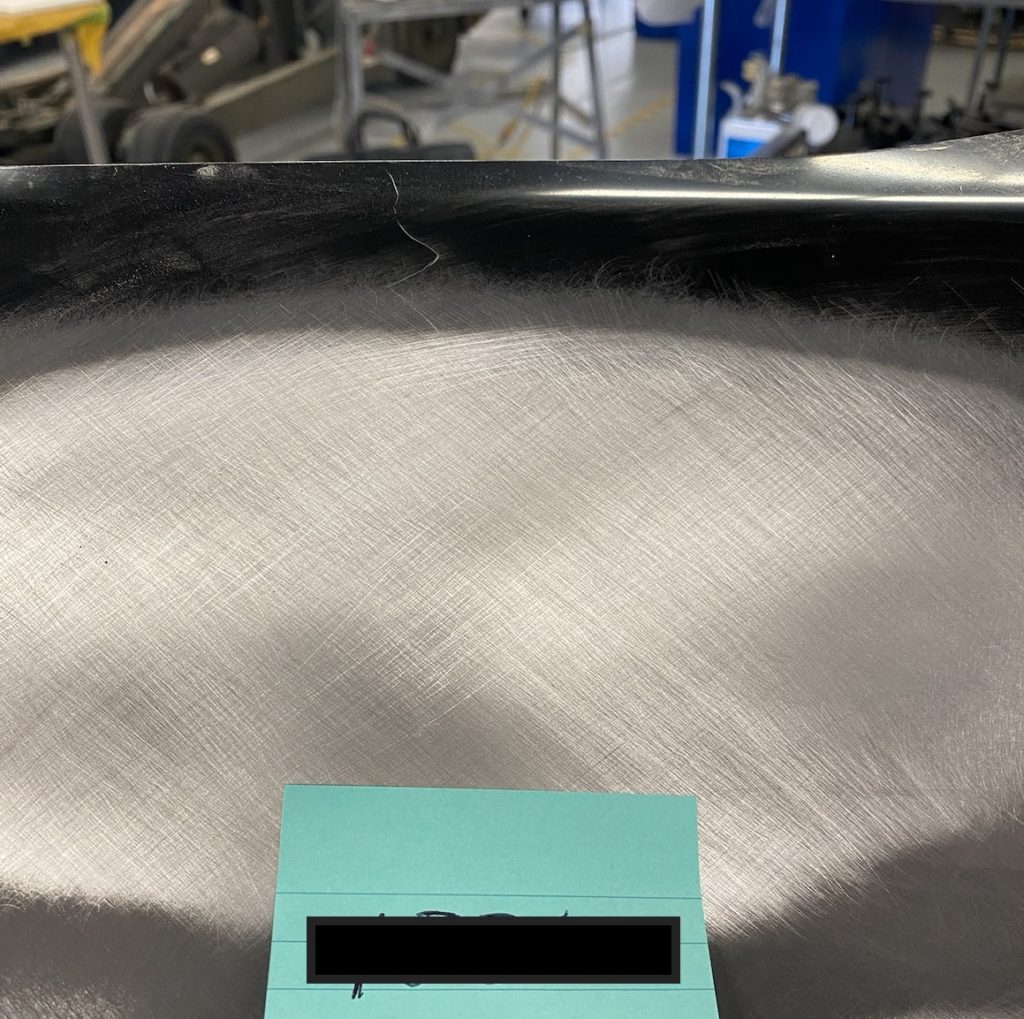 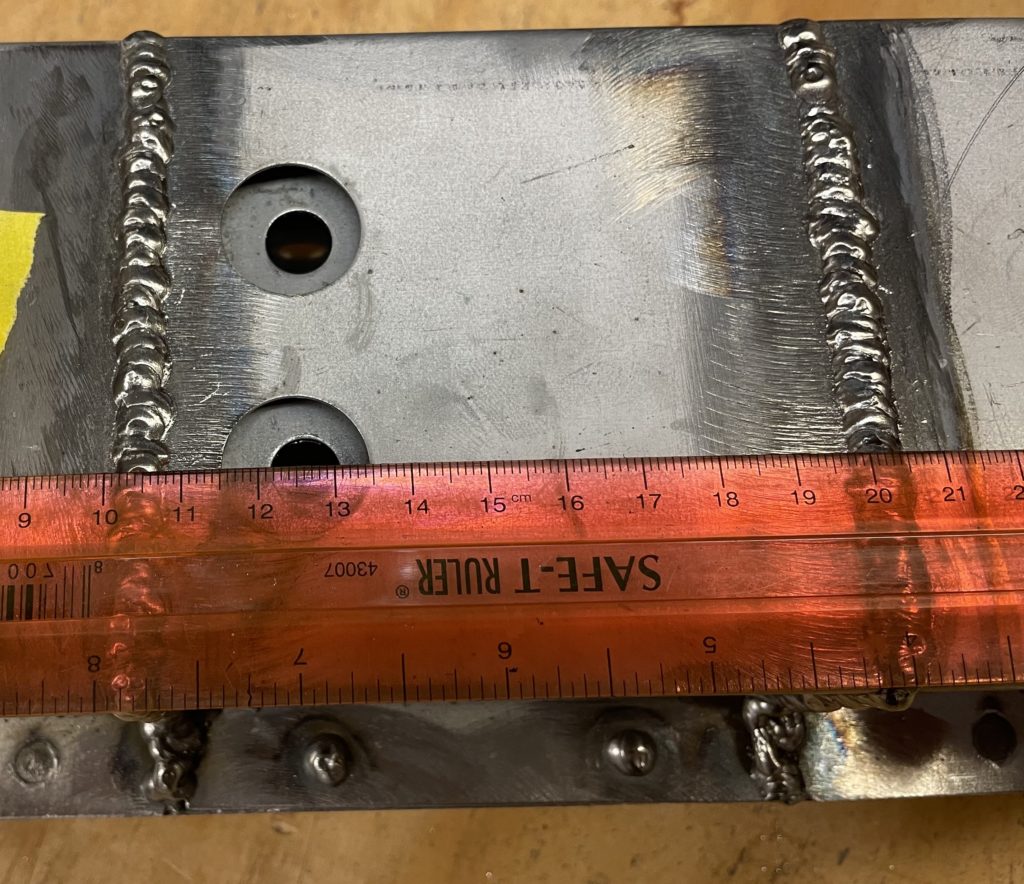 Collision Damage Estimating might have presented the easiest virtual adaptation of the three competitions.

Insurers were able to shift to a remote footing during the pandemic and adopt artificial intelligence and photo estimating to make initial estimates of many customer vehicles. Body shops adopted similar technology as well.

A new stage of the SkillsUSA competition this year even addresses documenting damage with photos.

But body shop estimators and adjusters still are called upon to examine physical damage in person. Typically, SkillsUSA would see competitors doing so as well, Evans said.

Evans said organizers were still able to convert all segments to a virtual footing “really without too much challenge,” he said.

Rather than damaged vehicles, competitors were confronted with a variety of photos related to the total loss and quarter panel estimating segments, Evans said.

“We had them live on Zoom,” Evans said. He said the idea was to simulate the feel of the live competition. He said SkillsUSA itself did an excellent job with the infrastructure, including a portal able to activate at the moment of competition and lock down when the time elapsed.

Similar to the other events, the competitors were asked to leave their cameras on the whole time to ensure the integrity of the competition, Evans said.

Organizers gave the students a CCC One assignment carrying all of the pre- and post-teardown images of the subject vehicles and PDFs of OEM repair procedures.

Evans said the switch to a virtual format didn’t lead to the 2021 competitors delivering a diminished performance compared to the fields inspecting physical vehicles in past SkillsUSAs.

“Our experience was similar to previous years,” Evans said.

Some competitors were “outstanding,” he said — one of them even caught judges’ eyes as someone they’d hire. Others weren’t as strong.

“We had a pretty big range,” he said.

Rather than testing students’ photography abilities on a physical vehicle, this year’s new photo documentation competition relied instead on curriculum prepared by committee member Roger Cada’s firm Accountable Estimating, according to Evans. (The company’s services include a course on collision damage photography.) Students would review the materials and be quizzed on it, he said.

Other aspects of the competition saw less of a modification. Evans noted Zoom was invaluable in that it permitted judges to still scrutinize factors like eye contact and proper attire during interviews which previously were conducted in person. The customer interaction segment had to eliminate an element involving the competitor taking the “customer” (a judge) to the vehicle and discussing the estimate there, Evans said. Instead, it was “over the phone, if you will.” But It still tested core job skills like explaining and selling the repair and demonstrating empathy.

Collision Damage Estimating is in its third year as a SkillsUSA event. The first year, it drew a little more than a dozen as well — but doubled for its second year, according to Evans. Organizers had hoped it would double again to near all 50 states represented, but then COVID-19 struck, he said.

“We did have fewer competitors this year, unfortunately,” Evans said. He said sixteen registered, and a few dropped out for various reasons. Ultimately, a little more than a dozen challengers attempted the relatively new event. But organizers hope to see a “big jump next year.”

A video from the virtual 2021 SkillsUSA Automotive Refinishing Technology event is shown. (Provided by Dan-Am)

A photograph of body work from the virtual 2021 SkillsUSA Collision Repair Technology event. Guide coat was used so judges could evaluate the work without being physically present at the part. (Provided by Collision Hub)