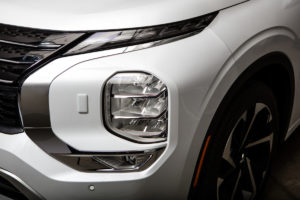 Repairers will want to follow updated instructions on the aiming of headlights on the 2022 Mitsubishi Outlander to maintain the performance that won the vehicle a Top Safety Pick+ from the Insurance Institute for Highway Safety (IIHS), the automaker said.

According to a Mitsubishi spokesman, in the specific case surrounding the IIHS testing, “the earlier production vehicles’ headlights were aimed a little too high at the factory, causing glare in oncoming drivers’ eyes, and the change on the line was solely to the aiming.  We have provided material to our dealer partners so that they may re-aim customers’ vehicles’ headlights if customers request it.”

Mitsubishi service manuals are available to the public on a subscription basis at https://mitsubishitechinfo.com/epacarb/. A TSB will be also available on that site once it has been released. At this time, Mitsubishi is referring to the service manual for the headlight aiming procedure, but expects that the TSB will be more specific on aiming. 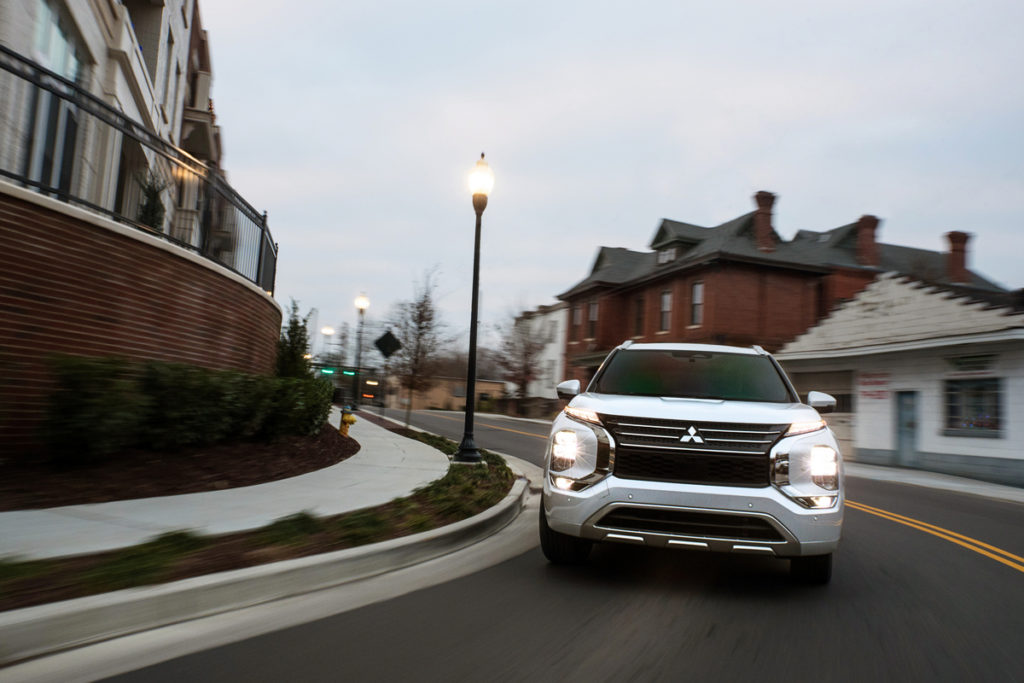 To qualify as a Top Safety Pick+, the higher of the IIHS’s two awards, a vehicle must come with good or acceptable headlights across all trims. The Outlander’s standard LED reflector headlights, previously rated as poor, have earned a good rating with the new adjustment, IIHS said.

IIHS testing continues to stress the importance of properly aiming customers’ headlights. The organization altered the way it evaluates headlights in 2016, aiming to balance the need for optimal visibility against the prevention of the kind of glare that can hurt other drivers’ visibility.

Since the change implemented this fall, the Institute is using a system of demerits to account for glare, just like it does for visibility. The number of demerits depends on the number of test scenarios (curves and straightaway) that show excessive glare as well as the extent to which the glare threshold is exceeded.

The change means that a vehicle with good visibility that exceeds the glare threshold by only a small amount on a single curve could still earn a good rating. By the same token, some vehicles that create a lot more glare than the threshold or in multiple situations will be penalized more heavily under the new system.

IIHS evaluates headlights by measuring their illumination from a moving vehicle, which takes into account mounting height and aim. 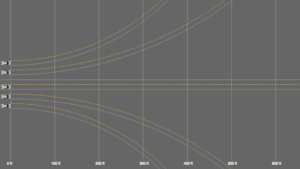 An update of headlight standards, which IIHS has long been advocating, was included in the $1 billion infrastructure bill now under consideration in Congress. The update would allow the use of adaptive driving beams, which, instead of switching high beams on and off, create a shadow around oncoming vehicles.

IIHS maintains that many headlights on modern vehicles do not provide adequate visibility, and that drivers do not use their high beams often enough.

The Outlander offers an array of standard and optional advanced driver assistance systems. Among these are MI-PILOT Assist integrates Adaptive Cruise Control (ACC), Lane Keep Assist (LKA) and Traffic Sign Recognition to maintain appropriate speed and following distance and keep the vehicle in the center of the lane.

Information on the 2022 Mitsubishi Outlander: