Two Georgia plaintiffs are asking a federal judge to reconsider his denial of class action certification to more than 600,000 State Farm insurance policy holders over what the two say are years of lowball diminished value settlements.

In their civil suit against State Farm Mutual Automobile Insurance Co. in the U.S. District Court for the Middle District of Georgia, Rashad Baker and Zelma Stovall argue that the formula used to determine diminished value in their cases is flawed, and resulted in a too-small settlement.

Arguing that every one of the thousands of other claimants like them was also a victim of the same flawed formula, they asked Judge Clay D. Land to certify their case as a class action lawsuit, and to include “All persons issued a Georgia vehicle insurance policy by State Farm who — based on loss dates between December 7, 2017, and the date of certification [of class action status] — made physical damage claims under their policies ….”

Land, in a Sept. 2 ruling, found that the plaintiffs had not proven their “bold assessment that the formula underestimates diminished value every time” [emphasis Land’s], and noted that, in the plaintiffs’ case, the remedy was a jury trial to determine to weigh their specific claims — not a broad solution that would apply to everyone in a certified class.

“In summary, Plaintiffs have not established that [State Farm’s] formula is wrong for all claims across the spectrum of vehicle makes, model years, mileage, severity levels, and repair costs. Thus, they have not demonstrated that every putative class member was injured by application of [State Farm’s] formula. Uninjured plaintiffs, of course, do not have standing to bring an action,” Land wrote.

Generally, diminished value is the difference between the value of the vehicle if there had never been damage, and its value after repairs have been completed. 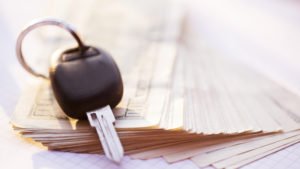 The case centers around a 20-year-old ruling in State Farm Mutual Insurance Co. v. Mabry, which established how State Farm is to calculate diminished value for its Georgia customers. Finding that State Farm had no appropriate methodology for calculating DV, the trial court gave State Farm a number of options, including something called the “17 (c) formula” used by other major insurers operating in Georgia. State Farm adopted 17 (c), and, as Land noted, is still bound to use the formula today, under threat of contempt.

In his ruling, Land offers this description of how State Farm employs 17 (c):

“First, State Farm calculates the ‘base loss of value,’ which is ten percent of the vehicle’s pre-loss retail value as determined using the National Automobile Dealers Association website, which considers variables like year, make, model, series, body style, options, trim packages, and mileage. Second, State Farm assigns a ‘damage severity modifier’ ranging from 0.0 (“No structural damage and replaced panels”) to 1.0 (“Severe damage to the structure of the vehicle”)…. Third, State Farm calculates a ‘mileage modifier,’ which is calculated by using the following formula: (Maximum Miles for Retail Sale – Actual Miles)/Maximum Miles for Retail Sale. Under State Farm’s formula, the maximum miles for retail sale is generally 100,000 miles, but for some vehicles it can be adjusted to 150,000 miles. Finally, State Farm calculates the diminished value by multiplying base loss of value by the damage severity modifier and the mileage modifier. If there was prior damage not attributable to the loss being adjusted, it is taken into account by performing a second 17(c) calculation.”

If the claimant disputes the DV assessment, the claim is transferred to a special unit that double-checks to make sure the formula was applied correctly, and invites the claimant to present evidence regarding the DV.

Baker and Stovall, the plaintiffs, hired appraisers to conduct DV appraisals, and “both appraisers opined that the diminished value was significantly more than the value State Farm calculated using the 17 (c) formula,” Land wrote in his order. State Farm, he added, hired its own expert, who found the same thing, he added. 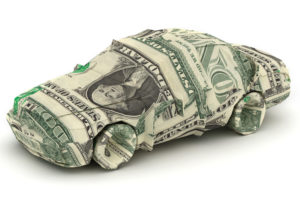 “Plaintiffs assert breach of contract claims, contending that the 17 (c) formula is flawed and that as a result Plaintiffs and similarly situated insureds were not fully paid for diminished value,” Land wrote. Yet, he added, the plaintiffs “recognize that calculating damage using a traditional approach, such as case-by-case diminished value appraisals like the ones Plaintiffs commissioned, would result in individual issues predominating over common issues and make class certification inappropriate.”

For that reason, he said, the plaintiffs have asked the court to “require State Farm to reassess diminished value using a new formula that has not yet been developed but could be formulated after additional discovery.”

Baker and Stovall rely on the expert opinion of Richard Hixenbaugh, an experienced vehicle appraiser who contends that State Farm’s use of 17 (c) results in under-assessment of diminished value 100% of the time. Hixenbaugh pointed to three flaws in the formula: DV is capped at 10% of a vehicle’s pre-loss value, though DV losses can run up to 25%; mileage is double-counted, both in estimating pre-loss value and again as part of the mileage modifier; and vehicles over a certain mileage — either 100,000 or 150,000, depending on the vehicle — are incorrectly assumed to have no retail sale value.

Hixenbaugh analyzed 51 State Farm DV cases, in which he was hired to help challenge the insurer’s assessment. In each case, he found, an appraiser’s figure exceeded the 17 (c) assessment.

Land was critical of Hixenbaugh’s findings, agreeing with an assertion by State Farm’s expert, Michael Salve, that the sample size was too small, and was not representative of a cross-section of the insurer’s DV cases.

According to Land, Salve found that the average repair value for a claim in Hixenbaugh’s sample was $11,866, versus $4,442 for the proposed class, and that his sample over-represented low-mileage, late-model, premium vehicles. For those reasons, Salve argued, Hixenbaugh’s analysis “cannot be relied upon for the purposes of extrapolating to the claims associated with the alleged class as a whole.”

In their motion for reconsideration, filed Sept. 14, Baker and Stovall, joined by Rachael Leonard, said that Land had misunderstood their claim, and was under a wrong impression about Hixenbaugh’s expert opinions.

They said their suit was based not on State Farm’s failure to “pay” DV, but “solely on State Farm’s breach of the duty to assess for DV,” which, they said, made their claim relevant.

“[D]ifferent common evidence is relevant to a failure to assess,” they argue. “Indeed, Plaintiffs do not need to show that 17 (c) invariably resulted in an underpayment of DV, but rather that the formula was so inherently flawed that the very application of it was a breach of the duty to assess.”

“Indeed,” they wrote, “when dealing with a failure to assess claim — as opposed to a failure to pay claim — it is not necessary to prove that DV exists” (emphasis the plaintiffs’). “There is substantial common evidence in the record that the 17 (c) formula is so inherently flawed that it constitutes a breach of the duty to assess.”

Baker, Stovall and Leonard noted that experts hired by State Farm “found DV was $0 in less than 1% of the cases, while 17(c) assessed DV at 0% more than 50% of the time…. Meanwhile, the average DV loss appraised by experts was $3,237, while State Farm paid an average of $190” (emphasis the plaintiffs’).

Addressing Hixenbaugh’s opinions, the plaintiffs contend that the appraiser’s words were based not only on the sample cases that he provided, but on “his own experience (and the knowledge he gained from that experience) appraising thousands of varied vehicles for DV (both for individuals and insurance companies), including ‘virtually every make and model,’ ‘newer, more valuable vehicles or vehicles that have incurred significant repair damage or both,’ as well as ‘older, less expensive vehicles or vehicles with minor damage.'”

“The court acknowledged the flaws in the 17 (c) formula but concluded they did not impact all proposed class members,” the plaintiffs write. “Plaintiffs respectfully disagree but, at the very least, the Court should allow Plaintiffs to renew their motion with a narrowed class definition to ensure those injured by the formula can obtain the good faith assessment they bargained for.”

Motion for reconsideration and memorandum of law in support

A car key and dollars are shown. (Xesai/iStockphoto)

A car made from dollar bills is shown. (kh_art/iStockphoto)