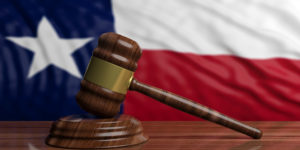 A federal judge has granted class action status for a lawsuit accusing GEICO of having systematically underpaid damage claims.

In the suit, the plaintiffs say that GEICO violated Texas law by failing to include associated costs in settling its customers’ total loss claims. Under state law, actual cash value (ACV) must include sales tax and fees for title transfer, registration, inspection and emissions.

The class includes anyone insured under a GEICO Texas policy who made a first-party auto property damage claim during the past four years, and who received a total loss payment for less than the adjusted vehicle value plus associated taxes and fees.

An attorney for the plaintiffs asserted that the insurer owes its customers tens of millions of dollars.

Attorneys for the plaintiffs — Philip Angell, Steven Brown, Tonnie Beck, Tammy Morris and Dawn Burnham, all Texas residents — estimated that the class includes tens of thousands of motorists, all of whom had similar agreements with the insurer.

“GEICO has been well aware for many years now that its standard insurance policy requires it to the pay the transaction costs associated with replacing a vehicle that is a total loss.  This includes tax, title, and registration fees,” attorney Richard Daly of Daly & Black, P.C., representing the plaintiffs, said in a statement.

“Texans lost between 300,000 and 500,000 vehicles in Hurricane Harvey, alone in 2017.  GEICO saved tens of millions on those claims by knowingly refusing to reimburse Texans those incurred costs.  GEICO will now be responsible for paying those costs plus interest and attorneys’ fees,” Daly said.

Judge Keith P. Ellison heard arguments and approved the motion to certify the class against GEICO on Oct. 28 in the Southern District of Texas, Houston Division. Policyholders who qualify will automatically join the class action against GEICO unless they specifically opt out.

The plaintiffs accused GEICO of failing to include Texas’ 6.25 percent sales tax in its settlement of claims for leased vehicles, even though Texas law does not distinguish between whether a vehicle is leased or owned.

GEICO responded that sales tax is paid by a vehicle’s owner, which in the case of a lease is the leasing company, though it did acknowledge that lessors are not prevented from passing the sales tax along to the lessee.

GEICO also noted that “a consumer may be entitled to a registration fee refund” in the event of a total loss.

Featured image: A gavel rests in front of a Texas state flag. (Rawf8/iStockphoto)