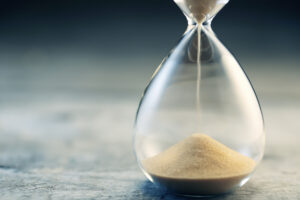 The proponent of Massachusetts’ voter-approved Right to Repair Act is calling for the prompt resolution of a legal challenge to the law filed 18 months ago by an organization representing automakers.

In a brief filed Thursday afternoon, the Massachusetts Right to Repair Committee calls a prompt resolution of the data access law’s legality “imperative in light of current industry trends and developments,” and alleges that delays in implementing the law benefit OEMs at a cost to consumers.

The committee claims that the Right to Repair Act is “a crucial piece of legislation that has implications not only in Massachusetts but nationwide.

“The issues at stake concern the ongoing viability of independent repair shops and the livelihoods of their employees, as well as the rights of consumers to access crucial data that they own and that is contained in their vehicles, and get their car repaired wherever they choose.”

The committee is not a party to the suit, but petitioned to file an amicus brief, also referred to as a “friend of the court” brief, offered in support of one side or another on the legal issue at hand.

The Alliance for Automotive Innovation (AAI), representing automakers, filed suit in November 2020 to halt enforcement of the law, which requires any OEM that sells a vehicle in Massachusetts that utilizes a telematics system “to equip such vehicles with an inter-operable, standardized and open access platform across all of the manufacturer’s makes and models.” The legislation became effective with the 2022 model year.

AAI has claimed that, among other things, the deadline was impossible to meet, and that OEMs could not comply with the law without violating federal safety and environmental laws.

Arguments in the case concluded in June 2021, but delays, including the post-trial discovery that Subaru of America and Kia of America had disabled their telematics systems in model year 2022 vehicles sold in Massachusetts in response to the law, have caused U.S. District Court Judge Douglas Woodlock to repeatedly postpone issuing his opinion.

Woodlock has most recently said that he expects to resolve the case by July 1.

In the brief, the committee makes an argument also made during trial: that independent shops do not have access to information needed to repair their customers’ vehicles. The AAI has disputed that claim, pointing out that access to all repair and maintenance information has been protected by a national memorandum of understanding (MOU) signed by vehicle manufacturers in 2014.

Although Attorney General Maura Healey has agreed to put off enforcement of the law until the case has been resolved, the committee argues that it could still be enforced through civil action.

“At the outset of this litigation, the Court indicated that this case should be resolved promptly, and implemented an expedited discovery and trial schedule. The Committee appreciated that approach and was pleased that the trial was able to be conducted in June of last year,” the brief states.

“At this juncture, in light of the passing of nearly one year since the trial of this matter, and one and a half years since the Act was approved by the voters, this brief is offered for the purpose of presenting considerations regarding the effect of further delaying the enforcement of the Act’s provisions.”

The committee accuses the OEMs of a strategy of using delays that are “frustrating the ongoing efforts of consumers and independent repair shops to obtain fair and equitable access to vehicle diagnostic data needed to maintain and repair vehicles.”

However, it does not mention that a significant delay in the case was caused by Healey, in defending the law, when she persuaded the judge to reopen evidence in light of the Subaru and Kia revelations.

The brief argues that many of the 2022 vehicles on the road are transmitting data that repair shops and vehicle owners cannot access and that repairers have been prevented from servicing certain makes of vehicles due to OBD port access issues addressed in the law.

The lack of OBD access, the committee argues, forces independent shops to send their customers to competing dealerships or authorized repair facilities that have access. “This situation is precisely what the Act was intended to address,” the brief claims.

The brief does not offer any specific examples of such cases. Attorneys representing the committee did not respond to an email from Repairer Driven News before the publication deadline.

“The use of telematics in vehicles is not a hypothetical concept projected to occur in the future but is the current reality,” the committee argues. “The transition to using telematics systems to communicate vehicle data required for diagnosis and repair of automobiles has accelerated during the pendency of this case. Likewise, the OBD port access issues are presently impacting the aftermarket industry.

“Contrary to the clearly-expressed desires of the Massachusetts electorate, manufacturers are successfully controlling access to vehicle data, excluding independent repair shops and vehicle owners and limiting this crucial data to their own franchised dealers,” the brief states.

The AAI did not respond to RDN’s request for comment before the publication deadline.

The brief was filed on behalf of the Right to Repair Committee by Edward V. Colbert III and David Koha of the Boston law firm Casner & Edwards. The committee is a coalition of 4,000 Massachusetts independent auto repair shops, local auto part stores, consumers, and drivers.