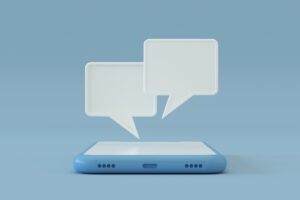 New research conducted by Hi Marley found that insurance adjusters who engage with customers quickly at the start of the claim are more likely to take an empathetic approach, provide timely service and sustain excellent communication throughout the claims process.

That conclusion was the result of analyzing more than 2,500 customer satisfaction survey responses as well as real-time data and analytics from 100 high caseload adjusters to determine the length of time it takes for them to get back to claimants who opt-in for text messaging about their claims process. Hi Marley enables policyholders to opt into texting as a way to more easily connect with insurance carriers.

“A three-day reduction in cycle time is significant. Take an auto claim, for example. An average daily loss of use rental rate associated with most auto insurance policies is approximately $45 per day. A three-day delay for 10,000 claims at an average of $45 per rental day can cost a carrier $1,350,000 per year.”

At 80th percentile of first contact times, which Hi Marley found to be what is “generally considered an adjusters’ mode of operation,” HPCAs
responded, on average, five days faster than LPCAs.

Hi Marley also found — based on the new research, a separate analysis released in March, and a survey by EY on “Claims in A Digital Era” — that five-star experiences matter most to policyholders during their claims process. EY found that 87% of policyholders say the claims experience impacts their decision to remain with insurers.

“Policyholders want the ability to reach their carriers when they need them,” Hi Marley wrote. “In Hi Marley’s survey, the majority of consumers said speed of response is the most important expectation when texting with an insurance provider, followed by 24/7 availability.”

“In my years of claims leadership, I saw how, more often than not, excellent initial and ongoing responsiveness by adjusters positively impacted customer experience and ultimately impacted policyholder retention,” said Hi Marley Principal Consultant Mark Snyder, who is the whitepaper’s co-author. “Carriers have so much data at their fingertips, it’s hard to know what metrics to track. Our research confirmed that time to first contact is a key indicator of how well an adjuster will serve customers and handle a claim throughout the lifecycle. By measuring and improving this one metric, carriers can drive tangible business outcomes, including increased customer satisfaction and cost savings beginning with just a simple text message.”

Since the research seemingly points to carriers valuing their control over first notice of loss (FNOL), Repairer Driven News asked Hi Marley for their thoughts, in general, on why insurers want to maintain that control.

Snyder said it’s important for carriers to maintain FNOL control because positive first impressions by customers after a loss “is one of the most important aspects of the entire claim handling process.”

“If possible, carriers should insource FNOL because it represents that critical first claims customer service moment of truth interaction. Bottom line, never outsource customer service if it can be avoided.”

Insourcing, he added, allows a much higher probability that the claim process for each policyholder is carried out according to the insurer’s “best practice handling and timeliness expectations,” including the correct claims going to the correct employees, and “provides a fertile training ground for the adjusters of the future.” It also creates a career path for entry-level associates, Snyder said.

Hi Marley Solutions Consulting Director Ujjval Patel told RDN it’s best to have all of the relevant data at FNOL so the payout can be completed the same day.

“The biggest predictor of success in claim outcome is largely based on how much evidence and data you can collect about the loss and how quickly you can resolve the claim,” he said, adding that insourcing is critical to that happening successfully. “Carriers that have not insourced FNOL will not be able to effectively use data and analytics to drive outcomes. Period.“

And Hi Marley’s new research shows consumers want to be able to choose how they communicate on their claims with their preference being texting.

“HPCA and LPCA demonstrate opposite behaviors throughout the claims lifecycle; survey responses showed that the LPCA leveraged phone calls with policyholders that opted into texting, whereas this behavior is not noted in survey responses for the top performers,” Hi Marley’s whitepaper states.