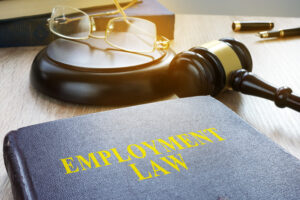 A recent U.S. Department of Labor case that resulted in a Utah auto body shop paying more than $47,000 in back wages over violations of the Fair Labor Standards Act (FLSA) serves as an example of why it’s important for shop owners to be cognizant of federal, as well as state, employee laws.

The department’s Wage and Hour Division found that Sandpiper Autobody in Pleasant Grove misclassified 13 technicians as independent contractors and failed to pay them overtime wages as required by the FLSA’s overtime provisions, according to a DOL news release. DOL spokesperson Juan Rodriguez told Repairer Driven News the employer also failed to track all hours worked for some employees and did not record all cash payments made to the employees.

“Illegally paying an employee as an independent contractor strips them of the worker protections and benefits they are due,” said Salt Lake City DOL Wage and Hour Division District Director Kevin Hunt, in the release. “By doing so, the employer reduces a misclassified worker’s pay and denies the worker’s health insurance, worker’s compensation, and unemployment insurance. The employee is also burdened by the responsibility of paying employer tax. And in the long run, misclassification may reduce the Social Security benefit the employee receives in retirement.”

According to the DOL, the U.S. Supreme Court has ruled more than once that there is no single rule or test under the FLSA for determining whether a person is an independent contractor or an employee.

“The Court has held that it is the total activity or situation which controls. Among the factors which the Court has considered significant are:

If you’re not sure whether to classify your worker as an independent contractor or a regular employee, the DOL says to keep the following in mind to distinguish contractors: they run their own business; they’re paid after they complete a project; they provide their own materials, tools, and equipment; they work with multiple clients; the professional relationship only exists while a project is underway; they decide when and how they’ll work; and/or they decide what work they’ll do.

California-based attorney Cory King told Repairer Driven News that while the misclassification of employees as independent contractors is rarely ever done intentionally, it likely won’t be seen that way by attorneys for workers who file lawsuits, the Department of Labor, or the enforcement agency for the state in which the issue is taken to court.

A lot of state legislation has been the result, King added. “Many state legislatures and many courts… are moving towards their own, more tightly defined independent contractor statutes.”

New Jersey, California, and many other states, for example, have established a version of what is known as the “ABC Test.” The test is used to determine if employees are independent contractors based on employer control of their workers and is a simplified version of the other tests that have been applied by courts and government agencies for years.

Rodriguez clarified to RDN that “when a state law is in direct conflict with federal law, the federal law prevails.”

“A state law can afford more rights to its residents than federal law, but is not meant to reduce or restrict the rights of a U.S. citizen,” he said.

A list of state labor laws can be found here.

“My best advice for anyone who is running a shop who is considering using an independent contractor model is three-fold: (1) research which test applies in your state, (2) talk to competent legal counsel who can step you through that test as it applies you your situation to make sure you’re on the right side of the line and make sure that counsel understands your industry because the collision industry has a lot of unique issues, and (3) If it’s hard to confidently say a worker is an independent contractor, don’t take the risk, because it could be a ‘lose-your-shop-level mistake,'” King said.

“…[I]f you’re close to that line and you get sued or you get a claim for time and labor against you, the only decision that is going to count is going to be the decision of the labor commissioner or the judge and the only way you’re going to get to that decision is after you’ve spent a few hundred thousand dollars defending yourself. And then, even if you win you spent a bunch of money fighting it and if you lose, you spent the money fighting it and have to pay a whole bunch of back wages and penalties.”

“These tests generally focus on the amount of control that the employer has over the worker — that’s what’s going to be the standard in satisfying the test,” King said.

And if the agreement isn’t accurate to the reality of the actual working relationship, it could actually be used as evidence against the business owner, he said.

When RDN asked the DOL for tips for shops to meet FLSA standards, Rodriguez said employers should familiarize themselves with the Wage and Hour Division’s laws and to call the department for assistance at 1-866-4US-WAGE (1-866-487-9243).