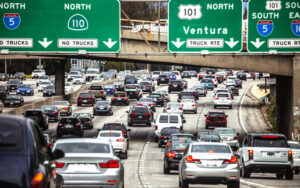 The California Department of Insurance (CDI) has brought legal action against Mercury Insurance, accusing the carrier of “steering” good drivers toward its higher-priced auto insurance policies in violation of state law.

“Failing to sell good drivers the lowest priced policy for which they qualify is illegal, and my Department will act on behalf of consumers and pursue the maximum penalties against Mercury for acting in bad faith,” Insurance Commissioner Ricardo Lara said in a statement. “My message to Mercury and other insurance companies that try to evade the law is clear: unfair and illegal practices will not be tolerated and I will fight to ensure consumers get the discounts they are entitled to under the law.”

The department accused Mercury of using a variety of methods to trick good drivers into choosing the higher-priced plan. Among these were:

CDI also accused Mercury of subjecting good drivers without prior coverage to different terms and conditions than other drivers, which is prohibited by state law.

In all, CDI’s Notice of Non-Compliance includes 34 allegations.

A Mercury spokesperson told Repairer Driven News that the company “strongly disagrees” with the allegations made by CDI.

“The company has been working in good faith with the CDI to address their concerns, and despite the Company’s belief that it has not violated any laws, the Company has implemented numerous operational changes at the request of the CDI,” the spokesperson said. “Mercury Insurance will continue to work with the CDI in order to resolve any outstanding issues and settle the matter, but if that is not possible it will defend itself through the judicial process.”

In a statement, the nonprofit Consumer Watchdog asked Lara to revoke Mercury’s license to do business in California, citing what it called a long history of noncompliance with the law.

“Today’s enforcement action by the Insurance Commissioner is the first step in finally holding this recidivist company accountable for its deliberate law-breaking,” Consumer Watchdog said. “Much is at stake here, beginning with thievery of premiums and discriminatory practices that have hurt many Californians. Next is the damage done to competition in California’s insurance marketplace. Mercury’s refusal to obey the rules gives it an unfair advantage and undermines competition. Finally, Mercury’s brazen, decades-long defiance undermines the rule of law.”

Consumer Watchdog focused on the carrier’s alleged failure to offer lower-priced insurance to good drivers who did not have prior insurance. It said Mercury is well aware of the law on that point, having unsuccessfully tried to change it for two decades.

In 2010, CDI published Market Conduct Exams showing that Mercury had been using prior insurance, “along with a litany of other discriminatory insurance practices,” since at least 2001, Consumer Watchdog said.

The CDI’s action comes three years after Mercury paid a $27.6 million fine, the largest levied against a property and casualty (P&C) insurer in the department’s history, for charging consumers “unapproved and unfairly discriminatory rates.” The fine was upheld by the California Supreme Court.

“Like that case, the Department’s latest legal action against Mercury also alleges numerous violations of Proposition 103, passed by the voters in 1988 to allow the Insurance Commissioner to protect consumers from excessive and unfairly discriminatory rates,” CDI said.