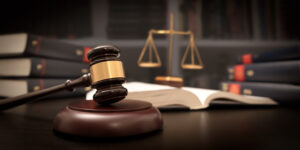 Federal legislation passed last week by Congress has the potential to threaten small and family-owned businesses, according to the S Corporation Association.

Promising to cover a myriad of inflation-curbing, tax, climate, and healthcare issues, the federal “Inflation Reduction Act of 2022” passed the Senate with a tie-break vote by Vice President Kamala Harris. It was then approved by the House. President Joe Biden is expected to sign the act sometime this week, according to the White House.

The act “will make a historic down payment on deficit reduction to fight inflation, invest in domestic energy production and manufacturing, and reduce carbon emissions by roughly 40 percent by 2030,” according to the Senate Democratic Majority.

However, more than 70 organizations, including the Society of Collision Repair Specialists (SCRS) and the National Independent Automobile Dealers Association (NIADA), signed a letter penned by the S Corporation Association in opposition to the bill.

Addressed to U.S. House and Senate leaders the letter states, “Inflation is at 40-year highs, we have had two consecutive quarters of negative economic growth, and we are witnessing a shrinking small business sector, yet the Inflation Reduction Act does nothing to address these immediate issues even as it increases the burden of the tax code shouldered by America’s small and family-owned businesses.”

“Our assessment is it’s not going to do anything to stem inflation. The savings are all backloaded. The spending is in the front so if anything, at best, it’s going to be neutral on inflation. Studies by Penn-Wharton and the Tax Foundation and CBO [Congressional Budget Office] actually suggest it might increase it a little bit in the short term. It’s not addressing the concern that most of my members have, the primary concern, which is inflation.”

The bill would allocate $80 billion in funding to the IRS with more than half of it earmarked to fund hiring thousands of IRS agents to conduct millions of additional audits, according to the letter, which Reardon said will be “a long-term challenge for pass-through businesses.”

“When you look at who they think is in need of additional audits, it’s private businesses — the owners of S corporations and partnerships. …There’s this misconception or the portrayal that, ‘If you’re not cheating on your taxes, you don’t need to worry about it.’ Well, anybody who’s gone through an audit knows that’s just not the case. …There are legitimate disagreements and oftentimes those go to court and oftentimes the IRS loses. Just because an auditor says you owe something doesn’t mean you actually owe it. That’s the problem that we face here with… all these new auditors. I think that the cost of compliance is going to go dramatic.”

He noted that former National Taxpayer Advocate Nina Olson said the danger of increasing compliance costs and hassles is the reduction in compliance because people start to feel like the whole system’s rigged and is unfair. “There’s the danger that that’s going to happen here. They need to focus more on helping taxpayers and let them function.”

The IRS plans to target small businesses, based on their own testimony, because of the tax gap, Reardon said. “We support reasonable means of addressing the tax gap but just simply hiring tens of thousands of auditors is not what we consider reasonable. …They think that that’s where much of the unpaid revenue will be typically restored. We disagree. …We have one of the highest compliance rates in the world with our capita.”

“…the revenues it raises were used to offset the cost of exempting private equity investors from the fifteen-percent corporate minimum tax,” the letter states. “The cap on active pass-through loss deductions is bad policy at any time, but it is particularly harmful when the economy is weak and an increasing number of businesses are suffering losses. The timing of this amendment’s adoption could not have been worse.”

Reardon added that while the loss limitation rule extension isn’t effective until 2027 and 2028, “there’s going to be less revenue available in the future to help extend the 199 deduction, which is our priority.”

“That was a big setback — when they decided to adopt the Warner Amendment,” he said.

“The amendment extends for two years the Section 461(l) cap on losses a business owner is permitted to claim,” according to the letter. “This $52 billion tax hike on pass-through businesses was adopted with almost no consideration, and the revenues it raises were used to offset the cost of exempting private equity investors…”

Senate Majority Leader Chuck Schumer (D-NY) said in an Aug. 1 statement, prior to the Senate vote, that, “Like the creation of the EPA and the passage of the Clean Air Act half a century ago, this legislation will mark a turning point in our nation’s commitment to protect our planet for our children and our grandchildren.”

An analysis by nonpartisan “think tank” Energy Innovation: Policy and Technology on the environmental impacts of the act found it would “create millions of jobs, reduce premature deaths from air pollution, and at last put the US on a path to roughly 40 percent emission reductions by 2030,” Schumer said.

It would also make changes to tax credit availability for “clean vehicles,” which must have a certain percentage, depending on model year, of North American-extracted, processed, or recycled “critical minerals” in their batteries and the final assembly of which took place in North America to qualify. That portion of the bill, according to CBC, has “barely been part of the U.S. debate” and critics say it will be years before consumers see any benefit.

The bill is expected to pass in the Democrat-controlled House this week before heading to Biden for his signature, according to CBC. The measure was first passed by the House in November 2021 before the Senate’s current amended bill was written, which must now be voted on by the House.