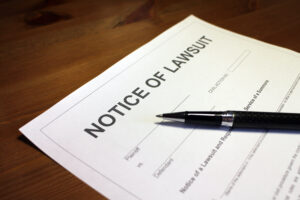 A class action lawsuit has been filed against CSAA, the Northern California AAA Auto Club affiliate, for allegedly overcharging its customers since 2020 when the COVID-19 pandemic began and, in doing so, violating state law as well as the Department of Insurance’s orders.

On March 4, 2020, Gov. Gavin Newsom declared a state of emergency in California followed by the issuance of a stay-at-home order on March 19 in response to the pandemic that wasn’t lifted until June 15, 2021. During that time the complaint states that CSAA “continued to charge premiums that were based on the pre-pandemic rates” even when “miles driven, vehicle crashes, and auto insurance claims plunged.”

“It overcharged its insureds at a time when many of them struggled to pay their bills,” the suit says.

Also during that time, California Insurance Commissioner Ricardo Lara issued four orders to carriers for them to provide partial refunds or other monetary relief, such as credits or dividends, to policyholders while the stay-at-home order was in effect “because of their lower loss exposures during the pandemic.”

“Each bulletin put CSAA and other auto insurance companies on notice that their then-current rates were excessive,” the suit says.

Repairer Driven News asked CSAA for comment on the suit and specific allegations contained within, including if the allegations that CSAA collected several hundred million dollars in excess premiums from its policyholders and only returned less than $100 million are true. A company spokesperson said CSAA “cannont comment on pending legal matters.”

The complaint claims CSAA owes refunds of more than $150 million to plaintiff Shavonda Early and the proposed suit class of over 170,000 policyholders in California. The figure was reached “using the methodology in Bulletin 2021-03 and the data that CSAA publicly filed with the CDI [California Department of Insurance].”

Lara, in October, called CSAA out as one of three carriers that didn’t adequately refund policyholders, according to the complaint. RDN asked CDI if an investigation or any recourse against CSAA is pending but didn’t receive a response by the publication deadline.

The plaintiff alleges CSAA is in violation of California Insurance Code Section 1861.05(a) and the state’s Unfair Competition Law through unlawful business practices as well as Proposition 103. Proposition 103 requires prior approval by the state’s DOI before carriers can implement property and casualty insurance rates, according to the CDI. The proposition prohibits rates that are “excessive, inadequate, unfairly discriminatory” or that violate the rates chapter.

An order for restitution of “the excessive premiums that CSAA retained” and pre- and post-judgment interest is sought.

“By issuing partial refunds to its policyholders, as inadequate as they were, CSAA acknowledged that it (a) could charge rates less than the approved rates pursuant to the Commissioner’s directives, and (b) could not continue to charge the previously approved rates because
they had become, and been declared by the Commissioner to be, excessive, and were therefore unlawful,” the suit states.

According to data in the lawsuit obtained from public records, CSAA’s auto insurance loss ratio for 2020 declined by more than 10
percentage points to 48.2% meaning that the carrier paid out 48.2 cents in claims out of every premium dollar it because of the pandemic.

“As a result, CSAA’s profits on its auto insurance business increased by 665% over their 2019 level, to $441.6 million in 2020. CSAA’s auto insurance loss ratio for 2021 was 55.9%, 2.6 points below its pre-pandemic level in 2019. On March 11, 2021, Commissioner Lara issued Bulletin 2021-03. Based on the data that insurance companies had submitted pursuant to the prior bulletins, he concluded that ‘the
premium relief that insurance companies provided to their policyholders was insufficient, leaving consumers paying inflated premiums while they continue to experience reduced risk of loss.'”

The bulletin also included the following bar charts that compare the refunds given by the top 10 insurers in the state versus what Lara calculated policyholders are owed, according to the complaint:

In Bulletin 2021-03, Commissioner Lara also ordered companies to ‘[d]o more to return additional premium relief from March 2020 forward, and report these additional premium returns to the Department, commensurate with continuing reductions in the exposure to loss for particular lines of insurance,'” the suit states. “CSAA ignored Commissioner Lara’s order in Bulletin 2021-03. It did not refund any more premiums to policyholders from March 2020 forward than it had already done, and it did not include the required supplemental report about its plans to return additional premium for the March through December 2020 period.”

Nonprofit public interest organization Consumer Watchdog is one of three prosecutors of the lawsuit and, in a news release, shared comments from attorneys about the case.

“The California Insurance Commissioner singled out CSAA as one of three companies that most flagrantly violated its orders to refund excessive premiums. Our pre-filing investigation shows that his identification of CSAA was fully justified,” said Jay Angoff of Mehri and Skalet.

David Borgen, of Goldstein, Borgen, Dardarian & Ho, added, “So many Californians suffered enormously from COVID and its economic fallout, and big insurance companies like CSAA should not be allowed to profiteer during this historic pandemic.”

Harvey Rosenfield, a Consumer Watchdog lawyer on the case and the author of Proposition 103 said, “California law requires insurance companies to maintain fair rates at all times. As a result of its pandemic profiteering, CSAA reaped an astounding financial windfall—money that belongs to its customers.”