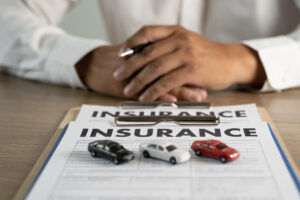 There have been recent legislative and nonprofit actions announced in California and Illinois regarding high auto insurance rates as news of June rate increases by GEICO and State Farm are just a couple of many that don’t seem to be going away any time soon.

The excerpt was also included in a petition filed by Consumer Watchdog with the California Department of Insurance (CDI).

Auto Club’s proposed overall 6.9% rate increase to more than 1 million policies would mean an average annual premium increase of $75 per insured vehicle and $140 per policy with the worst of the increase falling on low-income drivers who don’t have one of the professional occupations that Auto Club gives a premium discount for, according to Consumer Watchdog.

“This economy is tough as it is—Californians shouldn’t have to add price gouging by insurance companies to their growing list of financial concerns,” said Benjamin Powell, Consumer Watchdog staff attorney, in the release. “These discounts for high-paying professional jobs leave low-income drivers to pick up the slack, simply because of their job titles.”

Powell added that a 2019 investigation by Lara found that Auto Club creates “wide socioeconomic disparities.” The investigation was launched after Consumer Watchdog and 10 community and civil rights organizations brought allegations to CDI of carriers’ illegal and discriminatory rate-setting practices. In December 2019, CDI proposed regulations to address this unfair discrimination but, almost three years later, those rules haven’t been implemented, according to Consumer Watchdog.

Occupation has never been approved by regulation as a lawful rating factor under voter-enacted Proposition 103, according to Consumer Watchdog. Proposition 103, passed by California voters in November 1988, requires prior approval by the state’s DOI before carriers can implement property and casualty insurance rates, according to the CDI. The proposition prohibits rates that are “excessive, inadequate, unfairly discriminatory” or that violate the rates chapter.

When Repairer Driven News asked CDI for comment on Consumer Watchdog’s news release and petition, they didn’t provide a direct comment but said Proposition 103 has “saved drivers billions of dollars.”

“The California Department of Insurance has not approved any auto insurance rate increases since the beginning of the pandemic in March 2020,” Sanchez said. “Instead, Commissioner Lara’s priority is that insurance premiums during the COVID pandemic accurately reflect consumers’ driving behavior and risk of loss. By ordering premium returns and holding the line on auto rate increases, his actions so far have saved $2.4 billion for drivers. The Department of Insurance also is proposing new regulations that would expand the number of discounts available to working families and protect legitimate group discounts.”

The proposed regulations will allow “organized groups such as teachers, firefighters, veterans, and seniors can continue to benefit from these auto insurance discounts,” Sanchez added.

“But the regulations would prohibit auto insurance companies simply giving discounts based on a person’s educational level or occupation – which prevents many Californians from otherwise accessing these discounts.”

Consumer Watchdog’s petition also alleges that Auto Club overcharged policyholders during the COVID-19 lockdowns — when accident claims were down — and, as a result, may owe hundreds of millions in additional refunds.

Regarding pandemic rates, legislation is slated to be introduced during the fall veto session by Sen. Jacqueline Collins (D-Chicago) “to give the Illinois Department of Insurance more power over how much insurers can charge,” according to the Chicago Sun-Times.

The Sun-Times reports that Collins’ goal is for the department to have the authority to mandate refunds when premiums are too high and prohibit the use of “discriminatory” non-driving characteristics in setting prices.

“People are already hurting,” Collins told the Sun-Times. “We are a state that requires consumers to purchase insurance.”

She added that she views California’s insurance regulation as a model that Illinois could follow, which requires DOI approval of all proposed rate increases before they can take effect.

During the Collision Industry Conference (CIC)’s July 21 meeting, CSAA Insurance Group APD business consultant Dan Tessadri outlined how carriers develop premium filings and said that a premium increase could take two years to come to fruition. However, that’s state specific. For example, in Illinois, “auto insurers can set whatever rates they want and report them to the state after they’ve already begun charging customers more,” according to the Sun-Times.

The four largest carriers in Illinois by market share – State Farm, GEICO, Progressive, and Allstate – charged customers $280 million more than needed to maintain their 2019 profitability during the pandemic, according to a recent analysis by Illinois PIRG Education Fund and the Consumer Federation of America (CFA). And that was after taking into account the $220 million the four insurers cumulatively provided in customer refunds in 2020, the organization said.

In March, the Illinois DOI directed auto insurers to disclose detailed information about the profits they made during the 12 months of the COVID-19 pandemic lockdown and said that the information would be made available to the public by June 30. The request followed a letter sent by 16 state senators and nine advocacy organizations in January urging the department to look into windfall profits made by the carriers. Auto insurers have challenged the DOI’s legal authority to require profits disclosures.

State Farm elected to raise its auto insurance premiums in Illinois by 3% in May, just two weeks after a 5% increase took effect, according to Crain’s Chicago Business. The publication reported that filings with the Illinois DOI show the average premium was set to increase by $60 a year with the two rate increases.

An S&P Global Market Intelligence analysis, released at the end of July, found that State Farm “continued its trend of increasing private auto rates by securing 17 rate hikes in June, which could increase the group’s total premiums by $377.8 million” and that GEICO “could see the largest aggregate increase in private auto premiums from rate hikes approved in June.”

“GEICO subsidiaries received regulatory approvals for 27 rate hikes across seven states during the month, which could boost the group’s total premiums by $418.7 million,” S&P concluded. “More than half of that increase is expected to come from Virginia, where regulators signed off on six increases altogether, with two of them making the list of the most impactful changes. Both new rates went into effect on June 16 for new business and have an expected implementation date of Aug. 14 for renewal business.”

CIC: Possible solutions for shops to consider when tackling costs from inflationary pressures