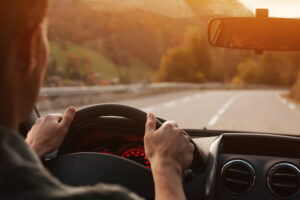 AAA says dropping gas prices aren’t causing drivers to travel more, rather, Americans are “changing their driving habits to cope with higher pump prices.” And other habits, like texting while driving or using a phone at all while behind the wheel, are being affected by a variety of state laws, according to the Insurance Institute for Highway Safety (IIHS).

According to new data from the Energy Information Administration (EIA), gas demand recently dropped from 9.25 million barrels per day (b/d) to 8.54 million b/d. Compared to last year, that’s a decrease of 1.24 million b/d and is in line with demand at the end of July 2020 when COVID-19 restrictions were in place and fewer drivers were on the road, AAA says. The national average for a gallon of gas fell below $4 on Aug. 11.

“Moreover, according to the EIA, the total domestic gasoline supply rose slightly by 200,000 bbl to 225.3 million bbl,” AAA said in a news release. “If gas demand remains low and the supply continues to increase alongside falling oil prices, drivers will likely continue to see pump prices drop.”

Other driving habits are also changing with the commonplace use of phones behind the wheel. With “varied interpretations” of when and how it’s OK to use a cell phone behind the wheel, IIHS Senior Research Scientist Ian Reagan says a possible solution to technology “moving much faster than the laws” is to make laws broader.

IIHS’ research into whether broader laws are the answer centered on police-reported rear-end crashes since collisions caused by distracted driving are underreported and rear collisions are ” associated with a much larger increase in the odds of those crashes than any other type.”

Monthly crash rates per 100,000 people dropped substantially in Oregon and Washington after both states adopted laws in 2017 that banned holding a phone while driving and allowed only hand-free interaction but California failed to achieve the same gains after putting the a similar law on the books the same year. Researchers compared rates from 2015-2019 with two control states, Colorado and Idaho, which already had texting bans in place but did not change their laws to prohibit other cellphone use, according to IIHS.

“The mixed results suggest that broader cellphone laws can work, but the specific wording and other factors like the severity of the penalties seem to make a difference,” Reagan said, in the release.

The laws differed in that Oregon and Washington banned holding a phone even while vehicles are stopped in traffic or at stoplights, whereas California’s law didn’t.

IIHS found that crash rates, when compared with Colorado and Idaho, dropped 9% in Oregon and 11% in Washington while California showed an increase of 2%.

The “greater clarity” of laws in Oregon and Washington, especially with regard to temporary stops, could, at least partially, explain the difference, according to Reagan. The research assumes that doing so results in not only better compliance but also enforcement, IIHS found.

“In California, where the broader law went into effect in January 2017, distracted driving convictions increased by 19 percent that year and rose another 20 percent in 2018, but convictions fell slightly the following year.”

While IIHS noted those aren’t direct comparisons varying fine amounts and other differences in the penalties, such as convictions versus citations, associated with the three laws could have influenced how crash rates were affected. Fines are higher in Washington and Oregon and the latter also gives six months in jail for the third offense in addition to a fine.

“Our findings suggest that other states could benefit from adopting broader laws against cellphone use while driving, but more research is needed to determine the combination of wording and penalties that is most effective,” Reagan said.