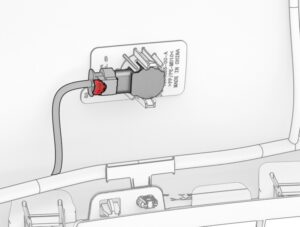 Tesla has announced that it will stop building its vehicles with ultrasonic sensors (USS) and rely entirely on its camera-based Tesla Vision technology for its Autopilot driver assistance system.

In an update posted to its website, Tesla said said it will carry out the rollout with Model 3 and Model Y over the next few months, followed by Model S and Model X in 2023.

Vehicles with USS have a total of 12 sensors — with six in the front bumper cover, and six in the rear. The OEM said it has no intention of deactivating the sensors in vehicles so equipped.

For a short period of time during the transition, the OEM said, Tesla Vision vehicles that are not equipped with USS will be delivered with some features temporarily limited or inactive, including:

It said the features will be restored via a series of over-the-air (OTA) software updates, once their performance is equal to that of the USS-supported system’s.

“All other available Autopilot, Enhanced Autopilot and Full Self-Driving capability features will be active at delivery, depending on order configuration,” Tesla said.

Ultrasonic sensors are typically used to support anti-collision systems, helping to detect objects in near proximity, and to assist with parking. Tesla, which previously removed radar from its new vehicles with no decline in their active safety ratings, said it is confident that the removal of the sensors will not affect its customers’ safety.

“Given the incremental improvements already achieved with Tesla Vision, and our roadmap of future Autopilot improvements and abilities, we are confident that this is the best strategy for the future of Autopilot and the safety of our customers,” the automaker said.

Simultaneous with the removal of USS has been the launch of the company’s “vision based occupancy network,” currently used in the Full Self-Driving Beta system. Tesla said the improved software gives Autopilot “high-definition spatial positioning, longer range visibility and ability to identify and differentiate between objects.”