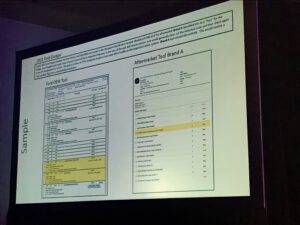 A field study by Repairify has shown that not all aftermarket scan tools perform like OEM tools on every year, make, model, and trim (YMMT) vehicle, and there’s no way for a technician to know which do and which don’t, Chris Chesney, the company’s vice president of training and organizational development, told an audience at an OEM Collision Repair Technology Summit session on Thursday.

During the summit, part of the Repairer Driven Education agenda offered by the Society of Collision Repair Specialists (SCRS) during the SEMA show, Chesney revealed some of the findings of Repairify’s research into aftermarket tools.

Repairify’s teams gathered information by conducting a field study of more than 70,000 model year 2014-2022 vehicles located in a dozen Copart yards. The study connected multiple aftermarket tools to thousands of different YMMT vehicles and compiled a comparative analysis of the scan results, Diagnostic Trouble Codes (DTCs), and the ability to clear DTCs in the same manner as the factory tool.

Chesney did not provide full details of the results, saying that Repairify invested millions of dollars in creating the database to help identify for its customers when an aftermarket tool might be an appropriate choice. But he did present five use cases that identified some troubling failures by aftermarket tools.

“At the end of the day, aren’t [the tools] all the same? Well, no, they aren’t. And so what’s the difference? Well, the difference is completeness and accuracy. And it’s not just saying that, well, this brand C tool is really good on Asian vehicles, but not so good on Euro and domestic. You can’t be that broad. And we didn’t look at it that way.”

He emphasized that the OEM tool is “the gold standard — always is, always will be, that will never change. That is the foundation.” But he suggested that an aftermarket tool that functions like an OEM tool for a specific YMMT vehicle might present an acceptable, and less costly, option for a body shop. 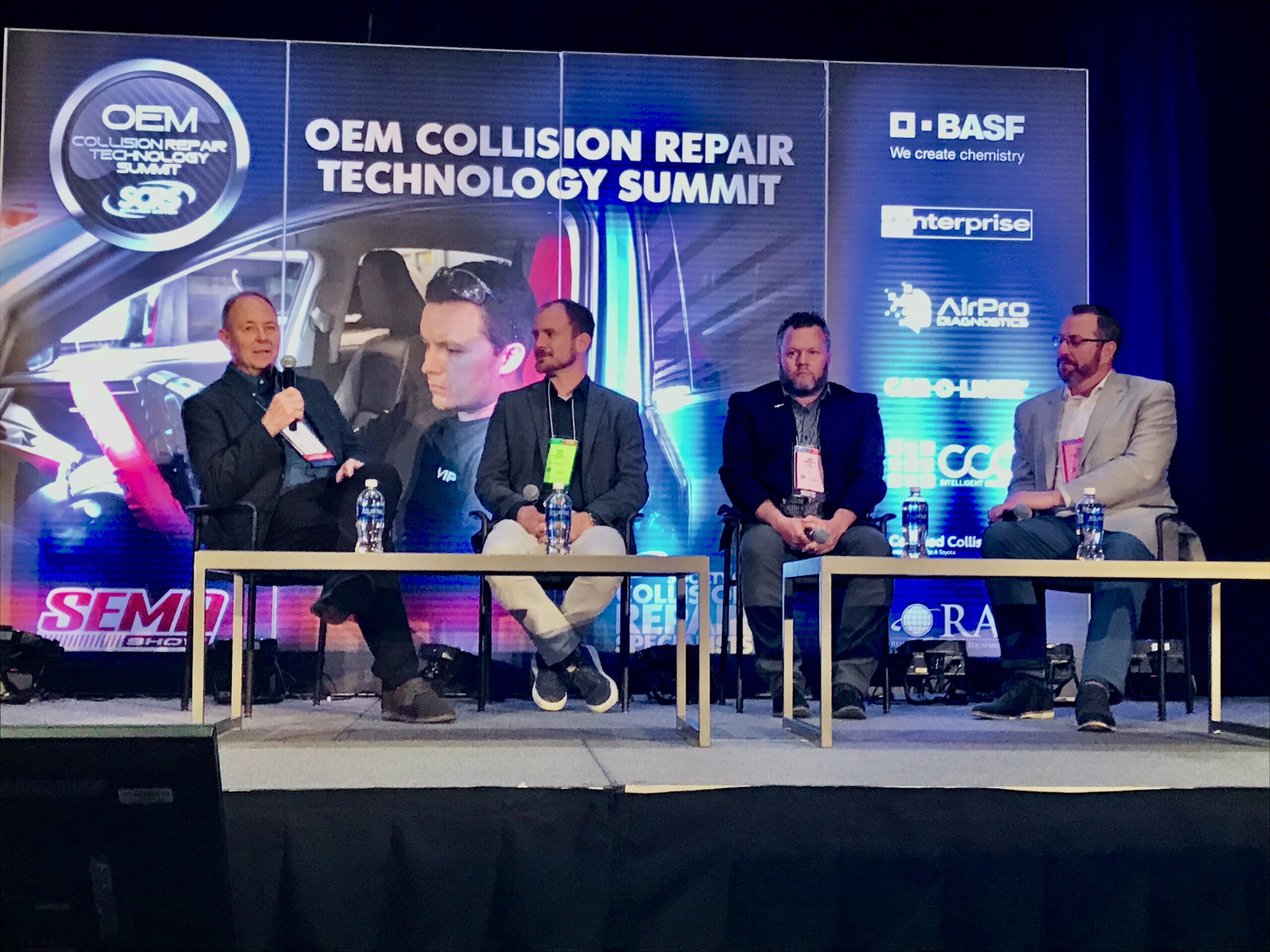 Chesney said his assumption that aftermarket tools might be made more accurate over time by their manufacturers turned out to be false. “I will tell you that the aftermarket scan tool manufacturers, when they release a tool to you, have other things to do besides updating their software every year to make sure it covers more vehicles,” he said. “They will listen to their hotline and they will react and when they react they’ll fix the problem and they’ll wait for the phone to ring again.

“They don’t have enough people. Consider they’re trying to consolidate 26 manufacturers into one box. They’re making concessions to begin with. But some of the content, some of the software that they’re providing works well. So the idea of this is to try to find where those cases are and expose those to you so you can make a decision.”

Customers will be able to set their criteria for tool selection through Repairify’s patented rules engine, Chesney said. Those aftermarket tools that did not perform like an OEM tool for a particular YMMT will be flagged as “not verified,” but can still be chosen by customers at their own risk.

Rodenroth explained that Lucid is not typical, since its vehicles do not have OBD-II ports, relying on an Ethernet cable to connect the vehicle. But he said the OEM is committed to protecting its vehicles from hackers anytime they’re connected to the internet.

Chesney raised the issue of payment, and those shops that have reported difficulty in getting insurers to pay for scans. “Is the data that we have presented at the beginning of this, where we talked about our testing of thousands of vehicles and the 100,000 diagnostic sessions and a data set that identifies the opportunity where on this VIN, with this tool, that it will return the same result as the factory tool, if that system is used and the documentation is applied, do you think that helps support the collision center in the way of getting paid?”

Both Wilcox and Dent said their primary concern is that repairs are being done properly, and that they can help repairers substantiate why they should be paid for following OEM recommendations.

“One thing I note in all the seminars I’m part of, I’m not here to argue nickels and dimes,” Wilcox said. “I’m here to make sure that the work that needs to be done to our vehicles is being done. I can help explain the why, I can help qualify the why… I’m here to support the shops, regardless of if you’re on our network or not.”

He cited a recent discussion he had, justifying Subaru’s requirement for a “lengthy, invasive” visual inspection to be done after one of its vehicles is in a collision. The inspection is necessary because it may turn up problems, such as a frayed wire or an incorrectly installed airbag component, that a pre- or post-scan will not find.

“So back to the question of nickels and dimes, that’s not really my place to be. But when a question is asked, I can help with the substantiating information to get that payment,” he said.

“We’re gonna throw a blanket over the top of it and say it has to be our scan tool,” he said. “It’s the gold standard… We don’t test 30 alternative brands out there, we don’t know what they do or how bad it’s gonna mess it up or if they’re gonna mess it up at all. But we’re not going to take that risk.

“We’re invested in you, as shop owners, shop operators, just as much as we want you guys to do the right thing,” he said.

Rodenroth said it’s important that shops understand the whys behind the OEM procedures. For instance, he said, refilling a Lucid’s cooling system requires seven gallons of coolant, unlike most gas-engine vehicles, which typically require about two gallons.

An insurer is likely to balk at paying for so much coolant because they don’t understand how a Lucid differs from other vehicles. “What they don’t realize is that we have a water-cooled control unit in the car that is the autonomous driving unit. And if you starve that unit of coolant to keep it cool, it will actually burn the most expensive computer in the car.

“As repairers, we have to continue that product knowledge, and the three of us can give it to you all day. But the reality is, you’ve got to want it.”

Featured image: Reports on a 2021 Ford Escape made by using an OEM scan tool, left, and an unidentified aftermarket tool. The OEM identified two DTCs in the occupant classification system module (OCSM), while the aftermarket tool gave it a pass. (Dave LaChance/Repairer Driven News)