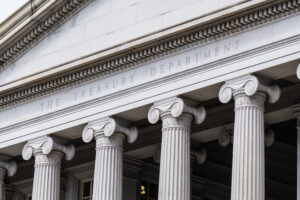 A small business lobbying group has challenged the constitutionality of the Treasury Department’s upcoming requirement that more than 30 million small businesses provide details on their owners and others who benefit from them as part of an effort to prevent the criminal abuse of anonymous shell companies.

In a suit filed on Nov. 15 in U.S. District Court for the Northern District of Alabama, the National Small Business Association (NSBA) asserts that the regulation is unduly burdensome on small companies, violates privacy and free speech protections, and infringes on states’ powers to govern businesses.

Named as defendants were the Treasury Department, Treasury Secretary Janet Yellen, and Himamauli Das, the acting director of the Financial Crimes Enforcement Network.

Treasury officials have said that the database is needed to uncover sources of criminal activity, especially as the U.S. attempts to sanction Russian oligarchs and wealthy friends of Russian President Vladimir Putin since the start of his invasion of Ukraine.

“This rule will make it harder for criminals, organized crime rings, and other illicit actors to hide their identities and launder their money through the financial system,” Yellen said in a statement.

But NSBA argues that federal rules already in place on reporting the transfer of money make the new regulation an unnecessary and intrusive burden for small businesses.

“Money laundering and terrorism funding are important U.S. national security problems, but the logical cure is to establish laws that follow the money, not to build a Big-Brother database of predominantly U.S. citizens and permanent residents who are simply engaging in lawful activities,” the group says in its suit.

In a news conference, Todd McCracken, president of the small business group, said small business owners are “hugely concerned” about sharing their “sensitive information” with the government.

The regulations require most American businesses with fewer than 20 employees, or with less than $5 million in annual receipts or sales, to register with the government, providing the government with details on their owners and others who benefit from them. The reporting requirements take effect on Jan. 1, 2024 for newly-formed businesses and Jan. 1, 2025 for existing businesses.

In its complaint, NSBA points out that the estimated 32.6 million companies that would come under the regulation include “mom-and-pop businesses, franchisees, manufacturers, on-line retailers, plumbers, restaurateurs, electricians, mechanics, lawyers, architects, dentists, doctors, fitness studios, landscapers,” and any other business fitting the guidelines.

But the CTA “also covers entities that are not engaged in any commercial activity at all, including not-for-profit entities that do not have a federal 501(c) tax-exempt designation, entities formed by U.S. persons solely to hold private property in the State (e.g., a family residence), and local, private social clubs that have formed entities with no intent to apply for federal 501(c) tax-exempt status,” the suit argues.

It calls the CTA “a law enforcement dragnet of sweeping proportions imposed by Congress on law-abiding U.S. citizens and permanent residents who own or control small businesses in the United States (as well as upon non-business entities), where neither Congress nor any other branch of the federal government has established any legal or regulatory predicate to justify this demand for personal information.”

The regulation also steps on states’ “sovereign powers” to charter and regulate businesses under state law, NSBA says. “The federal government does not have the constitutional authority to impose additional requirements on the formation of entities under State laws nor to prescribe the conditions under which an entity charter may be granted under State laws.”

Under the CTA, a “beneficial owner” is defined as:

“(A) IN GENERAL.—Except as provided in subparagraph (B), the term ‘beneficial owner’ means a natural person who, directly or indirectly, through any contract, arrangement, understanding, relationship, or otherwise—

“(i) exercises substantial control over a corporation or limited liability company;

“(ii) owns 25 percent or more of the equity interests of a corporation or limited liability company; or

“(iii) receives substantial economic benefits from the assets of a corporation or limited liability company.

“(B) EXCEPTIONS.—The term ‘beneficial owner’ shall not include—

“(i) a minor child, as defined in the State or Indian Tribe in which the entity is formed;

“(ii) a person acting as a nominee, intermediary, custodian, or agent on behalf of another person;

“(iv) a person whose only interest in a corporation or limited liability company is through a right of inheritance; or

“(v) a creditor of a corporation or limited liability company, unless the creditor also meets the requirements of subparagraph (A).”

“(i) IN GENERAL.—For purposes of subparagraph (A)(ii), a natural person receives substantial economic benefits from the assets of a corporation or limited liability company if the person has an entitlement to more than a specified percentage of the funds or assets of the corporation or limited liability company, which the Secretary of the Treasury shall, by rule, establish.”