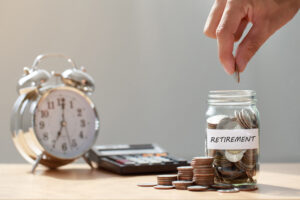 The “Securing a Strong Retirement Act of 2021 (SECURE 2.0). is again making its way through Congress as part of the government’s 2023 spending bill. The bill promises to ensure better retirement stability for employees across the U.S.

Under the bill, companies would automatically enroll workers in a 401(k) retirement plan, deducting at least 3%, but not more than 10% of an employee’s pretax earnings to be deposited into their 401(k) account, as soon as they become eligible. That amount would then be increased annually by 1% until it reaches at least 10%, but not more than 15%. The employee has the ability to opt out of the automatic deduction.

Businesses that employ 10 or less people and companies that have been in business for less than three years would be excluded from the mandate.

SECURE 2.0 isn’t actually a bill by itself yet but is instead part of three that builds off of a bill passed in 2019. Employees aren’t currently required to enroll in a 401(k) plan under federal law.

Bloomberg Law reports that the two Senate versions of the bill, which have only made it out of committee, don’t have exact versions of the automatic enrollment provision, and “there’s at least some concern from employer groups that it’s a bit too close to an employer savings mandate.”

“That’s got Senate Republicans on edge in a narrowly divided chamber,” Bloomberg says. “What’s more, the expansion of a worker retirement savings tax credit has some lawmakers concerned about the cost of the total access package.”

A June Society for Human Resource Management (SHRM) survey found that 51% of organizations said they automatically enroll new or existing employees in their company’s retirement plan, which “has held steady since the onset of the COVID-19 pandemic,” according to SHRM. Most employers said they offer some type of retirement savings plan to their employees — 94% offer a traditional 401(k) and 68% offer a Roth 401(k), according to the survey results.

The results of a recent AARP survey, released in July, show that nearly 57 million people, or 48% of American private sector employees ages 18 to 64, work for an employer that doesn’t offer either a traditional pension or a retirement savings plan.

SECURE 2.0 would provide tax incentives for small businesses if they offer 401(k) plans by increasing the tax write-offs available to them. It would also require automatic enrollment in 403(b) and SIMPLE plans as soon as employees become eligible. Employees would have the option to opt out of a plan. The bill doesn’t apply to businesses that are less than three years old and/or have 10 or fewer employees.

“It will deliver billions in additional retirement savings and help to ease the insecurity and anxiety that workers and retirees are feeling about having enough savings to provide them with the income they need to sustain them through retirement years,” Insured Retirement Institute Chief Government and Political Affairs Officer Paul Richman told NBC News.

In fact, Bloomberg Law predicts the bill could add $83.6 billion to the retirement savings marketplace and “create an entirely new class of workplace savers.”

The new federal bill builds on the Secure Act that was passed in 2019 with an effective date of Jan. 1, 2020. The law changed the minimum distribution age to 72 from 70 1/2, removed the IRA contribution age limit, mandates that inherited retirement account distributions must be taken within 10 years, allows new parents to take penalty-free withdrawals, and opens up eligibility for 401(k)s to long-term part-time employees. SECURE 2.0 would raise the required minimum distribution age to 75 and would allow for enrollment in other retirement plans rather than just 401(k)s.

Perhaps a good option for collision repair industry businesses to go ahead and consider now before federal mandates is the 401(k) Multiple Employer Plan (MEP) offered by the Society of Collision Repair Specialists. SCRS 401(k) plan advisors have already completed the legwork of interviewing plan providers, coming up with a plan, and spending time to reach law compliance.

A perk of the SCRS plan is several companies are in one plan so the total plan balance and number of employees are higher, according to plan advisor Coley Eckenrode. And it’s already been negotiated that as certain benchmarks are met, such as the number of dollars or participants, employees will see price reductions.

The vision of the plan is to help participating businesses and employees save expenses relevant to their 401k balances, reduce administrative responsibilities for companies, and provide fiduciary support, according to SCRS.

Under the plan, employers will:

Also, an Executive Committee within SCRS conducts a quarterly review of the plan and investments.