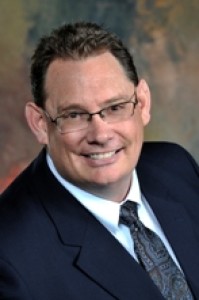 “The job of Insurance Commissioner is to regulate the insurance marketplace in Wyoming, and that covers a lot of ground – health, auto, life and other types of insurance,” Mead said in a statement. “Tom has a wealth of skills and experience that makes him a good choice for this position.”

Unlike outgoing Commissioner Tom C. Hirsig, who has owned both an Allstate and independent insurance agency, Glause appears to be an outsider to the industry. The Board of Equalization hears disputes between taxpayers and Wyoming or its counties.

Glause holds a bachelor’s in accounting and a law degree from the University of Wyoming. He has worked as a Weston County, Wyo., prosecutor and as a Rock Springs, Wyo., judge and sits on the Cheyenne Frontier Days rodeo board.

“I would like to thank Governor Mead and I am excited for this opportunity to serve the State of Wyoming,” Glause said in a statement.

Wyoming is above-average in the number of insured drivers, a 2014 Insurance Research Council study found, but it also has the highest traffic death rate in the U.S., the Wyoming Tribune Eagle reported.