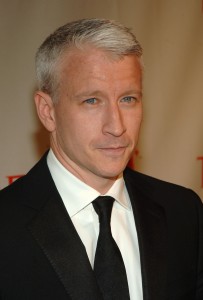 6:42 p.m. update: Autobody News, citing a source affiliated with CNN, has reported on its website and on Twitter that the “Anderson Cooper 360” piece on collision repair has been postponed.

CNN’s undercover documentary revealing the struggle between body shops and insurance companies has been POSTPONED AGAIN till Feb. 11

Calls and an email earlier today seeking to confirm whether or not the piece would were not returned by CNN. We’ll continue to keep you posted.

Senior producer Scott Bronstein gave few other details about the segment in an email confirmation late Monday evening. Repairer Driven News is attempting to follow up with him and CNN “AC360” spokeswoman Shimrit Sheetrit today for more information.

Email and phone messages left about noon were unreturned as of about 5 p.m.

Body shop staff described interactions with the show in interviews with other industry media.

“They interviewed the owner of the vehicle at our shop and myself as well,” he told the magazine. “They saw and got a good understanding of what’s happening as a result of the direct repair programs and the effect these programs are having on consumer safety. As you well know, this problem is an industry-wide problem, and shops are as much to blame as the insurance industry. This would all stop if shops refused to participate in any program or repair that doesn’t benefit the consumer.

“They wanted to assign a fatality that was the result of using second hand, reconditioned, or recycled parts from non-branded companies,” he told the magazine. “I said that they were missing the point, and that part of the problem is how shops utilize improper repair procedures. These shops don’t follow OEM guidelines and just don’t have the knowledge to make repairs according to the SOPs outlined by the OEM manufacturers.”

“So PLEASE PLEASE PLEASE after the showing or even during go to the CNN website and TELL CNN you want them to continue this series and get all the way to the bottom of this insurance greed that is placing all consumer at risk, causing loss of vehicle value, and steering consumers to repair shops that will just cut corners for them to stay on the top of the ‘preferred list,'” the association wrote.

Cooper took on the insurance industry’s “delay, deny and defend” policies in 2007 for their handling of medical claims after an auto accident. Read more here and here.