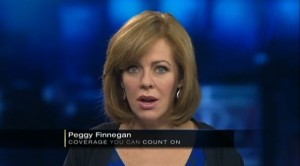 “If you’ve ever had your car repaired by a major insurance company, you’ll want to pay attention to this next story,” WPXI’s Peggy Finnegan says in the introduction to the report.

Though CNN obviously reaches a national — and worldwide — audience, exposure in a major American market is going to draw attention too and likely reach viewers who haven’t seen the “AC360” episode.

We couldn’t easily determine how many people had viewed the “AC360” segment last week by Drew Griffin and Scott Bronstein, the “print” coverage of it, or the video posted on CNN and the show’s website.

But the official CNN video on YouTube had nearly 3,900 views shortly after 10 a.m. Tuesday, and a version posted by Mark’s Body Shop had more than 1,800 views.

Read our coverage of the report, including responses from representatives from different industries, here. Here’s the original “AC360” segment if you missed it:

The coverage and the related CNN article have also been used “as-is” as part of the wire service content on other news venues.