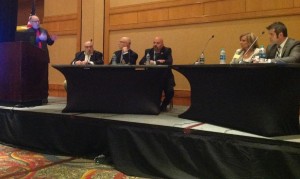 Though some panelists worried the classification could become too complicated to manage with any semblance of accuracy, a rough poll of the Collision Industry Conference audience Wednesday supported a stricter definition of what a Class A shop means.

The question is a familiar one for collision repair; a few revisions dating back to the late 1990s can be found online.

The CIC audience — about 30 percent collision repairers — voted informally on three questions, though the survey had obvious flaws. Here’s what the audience and panelists thought.

Should Class A be split into three categories? These would be defined as collision repairers qualified to handle nonstructural repairs (dents and dings or other cosmetic issues), those capable of repairing structural steel (presumably high-strength and beyond) and those who can handle both structural steel and aluminum.

Originally, the audience split 69 percent to 30 percent in favor, a revote produced a more dramatic 80-19 split supporting the three Class As.

CIC was new to this polling system and repeated polls, apparently when felt not all the in case the audience didn’t react in time. Other participants reported being unable to log in.

It is also worth pointing out former CIC Chairman George Avery estimated one question saw fewer than 75 people actually voting out of a conference attended by a CIC-estimated more than 300. Avery said that a past response when a series of keypads was used for voting was at least 140.

And so, it is not surprising that panelists and audience members at the mic were mixed on the idea.

Clark pointed out the absurdity of a “recommended requirement” from an unofficial body like CIC as well as the wide variety of processes coming from different automakers. Trying to make a shop qualified to fix everything could become impossibly complex.

“Who else is going to do this?” Fix Auto Canada Chairman Guy Bessette said from the floor, saying that the document should describe “the best of the best.”

Jerry Seida, owner of Riverdale Body Shop, said Class A should mean “can we work with you, can we trust you, and what are you certified to repair?

Dorn threw out the idea of throwing out the existing Class A concept, which he said had “great intentions” but “as products advance, this document needs to advance along with it.”

If it isn’t going to change with the industry and now refers to a “mediocre shop at best,” it should be scrapped, he said. That somewhat echoed Amberson, who pointed out that a shop meeting existing Class A requirements wasn’t that impressive.

Amberson, like Clark, questioned if the question would bog down with details, but observed that there might be value in simply calling Class A shops those with OEM certification as insurers are sending vehicles to uncertified shops now. 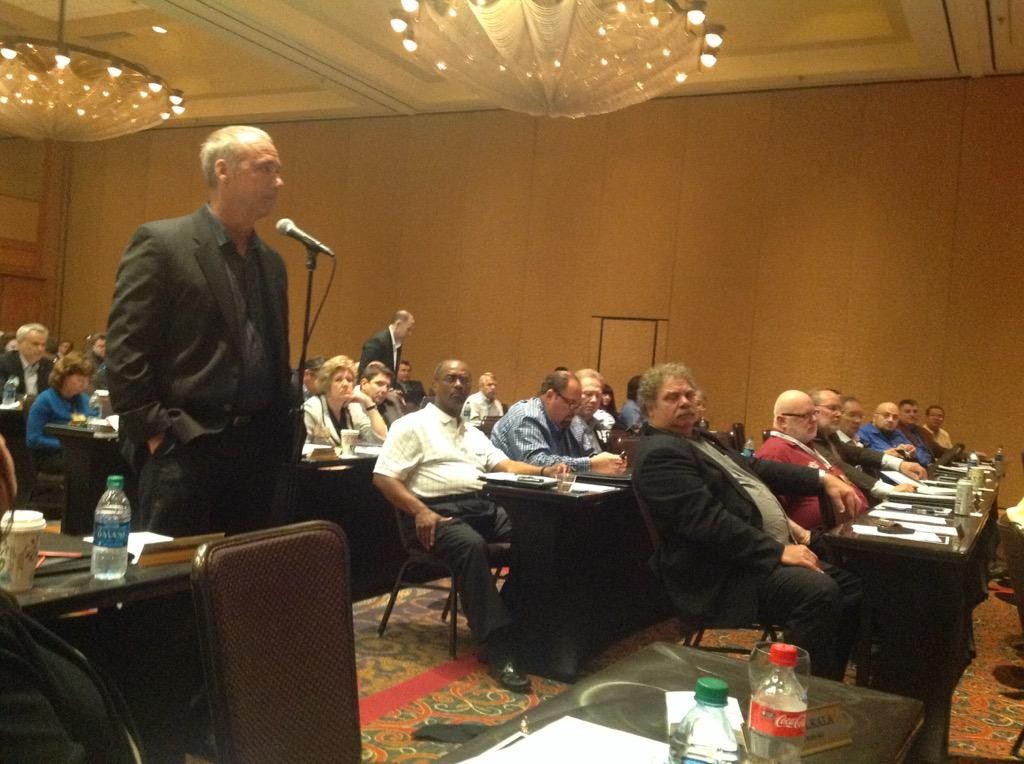 Should Class A shops be required to have certain equipment necessary to work on the advanced-materials vehicles of today (aluminum, for example, or even high-strength steel) — where brands are not defined, only specifications?

The first round of polling supported this move, 86 percent to 13 percent. A redo brought it to 82-17.

Ledoux said specifications should be included but frequently updated, but Amberson suggested just indicating that it should just declare equipment in compliance with OEM certifications. Otherwise, he and Clark both said, it would be too difficult to keep updating the document.

Society of Collision Repair Specialists Executive Director Aaron Schulenburg asked if perhaps OEMs should just define Class A separately, though Amberson observed that some sort of language had to accommodate manufacturers who don’t certify and Ledoux said there were some items that all Class A shops ought to have.

“I can see a living document here, that’s for sure,” Ledoux said.

Northwest regional manager Gene Lopez of I-CAR reminded everyone present not to forget state regulations, giving the example of Nevada actually having a top shop classification and California’s rule that a welder should produce at least 210 amps.

On this point, Clark suggested a caveat where state, local or OEM requirements should take priority over whatever CIC’s document ultimately says. 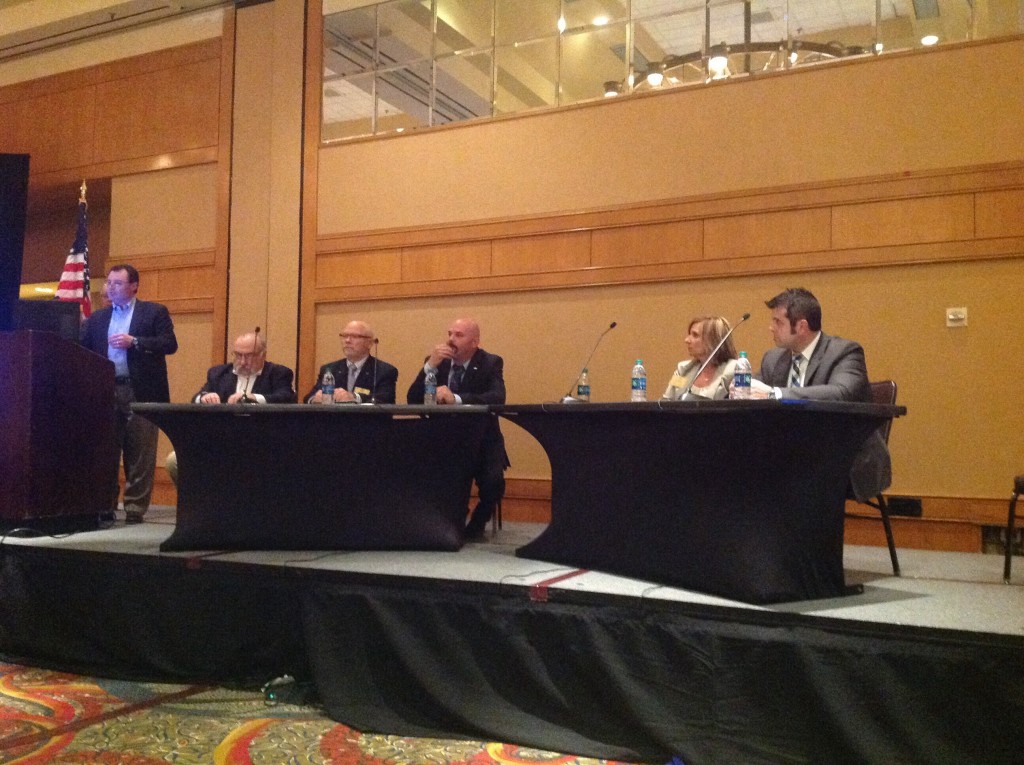 Should Class A shops prove a certain standard of training and continuing education — from a specific organization or organizations?

This ended on a close vote — 60 percent in favor, and 40 percent opposed. This showed the most interesting discrepancy between the final vote and original poll, which ran 78-21.

Now, there are two possibly explanations for the variation besides the obvious “They changed their minds.” One was confusion over what everyone was initially voting for; the poll question was posted during the discussion over equipment. The other — and more intriguing — was that the requirement of specific training organizations soured participants. Going from the mere training specifications implied in the earlier version of the question (like the tool poll) to actual brands in the final poll might have been a deal-breaker.

Either way, like the other two distinctions, change could be coming on this front for a shop that wants to preserve Class A status.

Requiring only a “nationally recognized” teacher, as was suggested by Lopez, might be the way to go and was echoed by one panelists.

“We need to outline training requirements and continuing education requirements,” Lindorfer said during the panel. She’d argued against the idea of putting a specific training program into the document in favor of general abilities a collision repairer had to learn.

Other industries required continuing education, she said, so why not CIC?

Allen said that while the document could resemble the old joke of a rhino being a horse designed by a committee, CIC should have the courage to release something.

Of course, some of these points seem implied by the existing Class A recommendations. For example, a shop is supposed to be following OEM standards now and have evidence of “evidence of current and ongoing employee technical training and certification programs” and management training. But there is certainly wiggle room.

He also gave the example of a past DRP measuring system requirement that was so generic that a tape measurer and a level could have satisfied it.

CIC should also be prepared to deal with the fallout from collision repairers upset about not achieving Class A.

Correction: An earlier version of this story incorrectly listed Sandee Lindorfer as an employee of State Farm. Lindorfer works for Allstate.

A panel at the Collision Industry Conference in Atlanta Wednesday discussed what Class A should mean for CIC. (John Huetter/Repairer Driven News)

A panel at the Collision Industry Conference in Atlanta Wednesday discussed what Class A should mean for CIC. (John Huetter/Repairer Driven News)