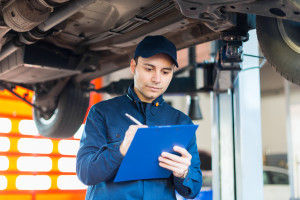 Collision repairers are giving customers service without even attempting to bill insurers for it — even though at least one insurer might have been actually willing to pay the estimate item.

Those results were part of the National AutoBody Research’s VRS Procedures & Practices Survey, launched last month across the country and whose “stunning” early findings from April were announced Monday.

The study, which included about 150 April responses from collision repairers in 34 states, found that while shops deliver service far beyond what they’re getting paid to do or even putting on the bill, insurers remain tepid about 12 additional line items that repairers deem necessary. Those procedures ranged from corrosion protection to pre-fitting non-OEM parts to washing the car before giving it back.

“For some time, we’ve heard stories from shops about performing work but not getting paid for it,”NABR President Sam Valenzuela said in a statement. “This research helps put real data and documentation around those stories, which we find to be largely true.

“Soon, with this data and documentation built into the Variable Rate System, the VRS will help pull back the curtain on what is really happening in the industry–how shops bill for procedures and which insurers pay for what.  It will help level the playing field for all shops across the country, enabling them to get paid for the work they do.”

However, shops who bother to invoice the work still have a better than 50-50 shot of payment from at least one insurer, NABR found.

“That was interesting, especially given a lot of the conversations that we have with people,” Valenzuela said in an interview Monday. “… It was good to see that you do have good odds of getting paid by somebody.”

The results released only involved 150 shops and was meant as a “snapshot,” rather than something publishable in a statistics journal. However, Valenzuela was confident that the findings would be “probably pretty close” in a larger study, based on NABR’s experiences with ongoing labor rate surveys.

That project found high correlation between results in pools of 30-50 respondents in smaller states and the country as a whole.

What shops are doing

When you allow for shops who say they “usually” perform that kind of work, the average of those doing it rises to 84 percent for all 12 procedures.

The most common procedure done is corrosion protection, with 99 percent of repairers doing it always or usually; the least common work was pre-fitting non-OEM parts, at 70 percent — and 15 percent said they never do it. Whether that’s because those shops receive higher-quality stuff from suppliers, don’t use many non-OEM parts or just don’t do it is unclear.

Though they were doing the 12 procedures on the whole, it often didn’t appear in their estimates. Test drives were least likely to appear on an estimate, with only 19 percent always or usually including it on an estimate. It displayed the largest gap — 58 percentage points — between the shops who did the work and those who made it a line item. Typically, the gap was 33 percentage points.

Insurers were graded by repairers on a 0-10 scale from never repaid or always paid.

“With scores ranging from 3.3 to 4.8, insurers frequency of paying for the twelve procedures surveyed can best be described as only ‘sometimes,'” NABR observed.

Despite all the lawsuits accusing No. 1 State Farm of driving the entire insurance industry towards greater stinginess, it actually was the most likely to pay for a procedure in general according to weighted results — though the score was only 4.8.

“It’s like the best of the worst,” Valenzuela said. “… It barely registers above the sometimes score.”

The worst was American Family at 3.3, and while their its market share was hovering around 2 percent in March, NABR’s results weren’t “overly distorted” by a situation where only a single shop or two out of the 150 was reporting information about the insurer, according to Valenzuela.

In a follow-up email Monday night, he said that 60 percent of the shops had worked with American Family.

“The survey sample was really good,” he wrote then. “The vast majority of shops had experience with all 10 of the insurers.”

“Sometimes” was considered a 4 on the scale, but “usually” was an 8; possibly leaving the scores open to charges of being too forgiving or too strict on insurers.

“It’s not a pure science for sure,” Valenzuela agreed. He said that while they followed statistics’ 80/20 Pareto Principle to define “usually” at the 80 percent level, calling 20 percent “sometimes” seemed too low, and so researchers between split the difference between 0 and 80 to define “sometimes” as 4.

“It was really a judgement call,” he said.

So insurers can be cheapskates, and NABR takes them to task for the industry’s inconsistent payments.

“Insurers do in fact pay some shops for non-included procedures, yet they do so inconsistently, paying one shop for a procedure but not paying another shop for the same work, even if both shops are in the same market,” NABR says. “The insurers’ major opportunity for improvement is in paying shops for work that is truly performed and paying shops more consistently.”

But it turns out insurers are more willing to pay for the work than shops think. Most repairers weren’t including the procedures on estimates “often because they don’t believe they will get paid,” according to NABR.

On average, the 12 procedures were paid 64 percent of the time by at least one insurer — which means the odds are in favor of a repairer who wants to charge for them.

Even the least likely work to be reimbursed — test drives (only 20 percent chance), pre-fitting non-OEM parts (31 percent) and washing the car (36 percent) — still offer between a 1 in 5 and 1 in 3 chance of getting paid by at least one insurer.

Valenzuela said that while the survey also asked about the 10 major insurers’ payment likelihood, the reference to “at least one insurer” didn’t necessarily mean it was one of those 10.

“That could have been anybody,” he said.

The “one insurer” wasn’t always the same company — there’s not a magical generous underwriter that will OK anything you’ve argued with the rest of the industry over.

“We were hoping to see something like that come out,” Valenzuela said.

“For starters, we encourage shops to write all the work they do on their estimate, as much as possible,” NABR wrote. “Worst case, if they cannot win the argument to get paid for the work, then they are no worse off than they are today. But if they can successfully insist on getting paid for all or some of the work, that could represent tens of thousands of dollars in profit over the year.

“Remember, if other shops are getting paid for performing the same procedures as your shop (and they already are), then your shop should get paid too.”

Featured image: Collision repairers are giving customers service without even attempting to bill insurers for it — even though some insurers might have been actually willing to pay. (Minerva Studio/iStock/Thinkstock)