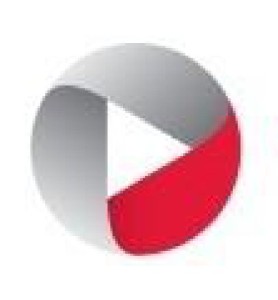 More American customers shopped for a different auto insurer in 2014 compared to 2013, but fewer switched, according to J.D. Power, which also recently found that Canadians are increasingly dissatisfied with how insurers handle everything except price.

The surveys were meant to study customer experience with insurers, but collision repairers might find some insight in it as well.

J.D. Power found that 39 percent of policyholders in the U.S. looked for another insurer in 2014, up from 32 percent in 2013, but only 29 percent of the shoppers switched carriers, down from 27 percent. The company attributed this to an average 2.1 percent premium increase nationwide.

About 53 percent of customers overall stayed with the insurer they had and reported the underwriter had the lowest price, up from 43 percent. Only 29 percent found a better deal and left, down from 41 percent.

“Customers are being pushed into the market due to rate increases, but unless they can find a policy that will save them money, they’re not switching providers,” J.D. Power insurance practice Director Valerie Monet said in a statement. “In fact, many of those customers can’t find a better deal and ultimately don’t switch insurers.”

Customers who switched insurers reported a 12-point increase in satisfaction to 833 (on a 1,000-point scale), and 13 points of growth in the price satisfaction aspect drove overall satisfaction’s gains, J.D. Power said. Anyone who did switch actually got a better deal on average; premiums dropped $388 compared to $340, and price satisfaction grows an average of 25 points for every $50 knocked off of the bill.

Where does this fit in for collision repairers? Well, there’s the obvious concerns of insurance customers putting price above all else (and potentially skimping on adding collision and comprehensive because of it). But there’s also a chance for negative customer claim experience to cause them to defect.

“When looking exclusively at price, consumers may find the grass is not always greener,” Monet said in  statement. “Many customers are obtaining quotes and gathering information on insurer websites or through aggregators, but the day-to-day interactions they have with their insurer, especially if they have to file a claim, will be the ultimate moment of truth for the customer.”

Poor service experience — which could be any aspect of insurer customer service, not just claims — drove 16 percent of defectors, according to Monet.

Also interesting is that while service takes a back seat to price, it is more important to an insurer salesman to close a sale to a prospective customers.

More Canadians reported difficulties interacting with an insurer, and call center satisfaction dropped “a significant 20 index points” to 781, according to J.D. Power.

Price satisfaction did increase, though, up 4 points; J.D. Power noted that there weren’t as many price increases as the previous year.

While J.D. Power considered non-claim service more important than claims service, the drops in satisfaction in both factors indicate that collision repairers aren’t the only ones getting fed up with insurers.

“Insurers have done a great deal to improve customer sentiment regarding price, especially in Ontario, but the service experience hasn’t improved. In fact, it’s gotten worse,” Monet said in a statement. “Price is just one element of the experience, but the reality is that the interactions customers have while working with their insurer and an insurer’s ability to educate and manage customer expectations are equally important. Fast, efficient and personal service can’t be an afterthought to a competitive offering.”

“More Customers Are Shopping for New Auto Insurance, but Fewer Are Switching”