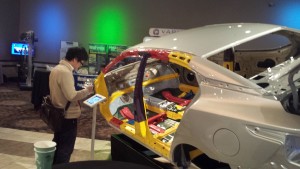 A Nissan executive said last week that the company used “a lot” of ultra-high-strength steel in the 2016 Maxima — and the company is planning to use more of the extremely hard, thin material in the future.

David Coakley, senior manager at the North America Nissan Technical Center, told the Great Designs in Steel conference that the eighth generation of the OEM’s “flagship” vehicle had 25 percent more rigidity and was heavy (actually, light) on 1,180-megapascal steel.

That’s at least four times stronger than the mild steel of the past and a whole new ballgame for repair — actually, you’ll probably just replace it, according to I-CAR (but check with the OEM before repairing anything).

Nissan will use even more of the material in the future, according to Coakley, who told the crowd of automaker and steel industry staffers that it didn’t seem to present any more challenges for manufacturers than 980-megapascal steel.

Elongation — which lets you make the steel part thinner — is higher with Nissan’s version of what the industry also likes to call “1.2-gigapascal steel,” and Zischke said that grade actually can be formed better than 980-MPa steel.

The car is 80 pounds lighter than the seventh-generation, according to Coakley, and Nissan’s Jonathan Zischke described a “significant amount of weight reduction” in some areas — as much as 4.4 pounds — lost while swapping out 980-MPa or weaker pieces on the roof rail, A-pillar and B-pillars with 1,180-MPa steel.

You can see in the images and diagrams below the kind of materials we’re talking about; 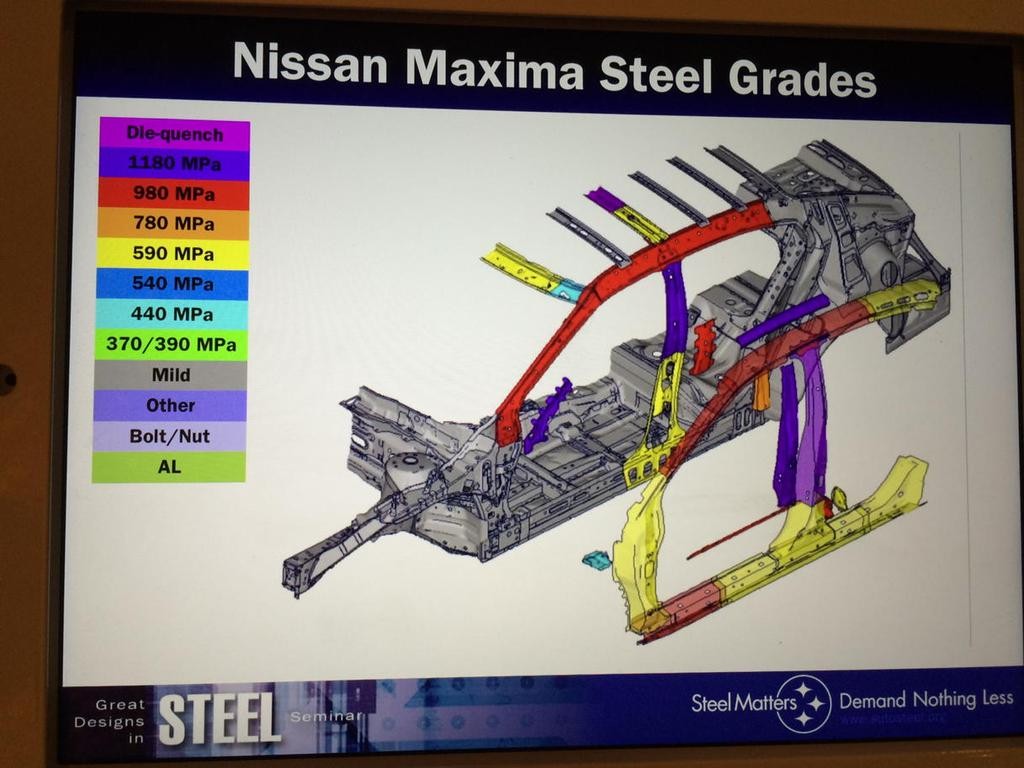 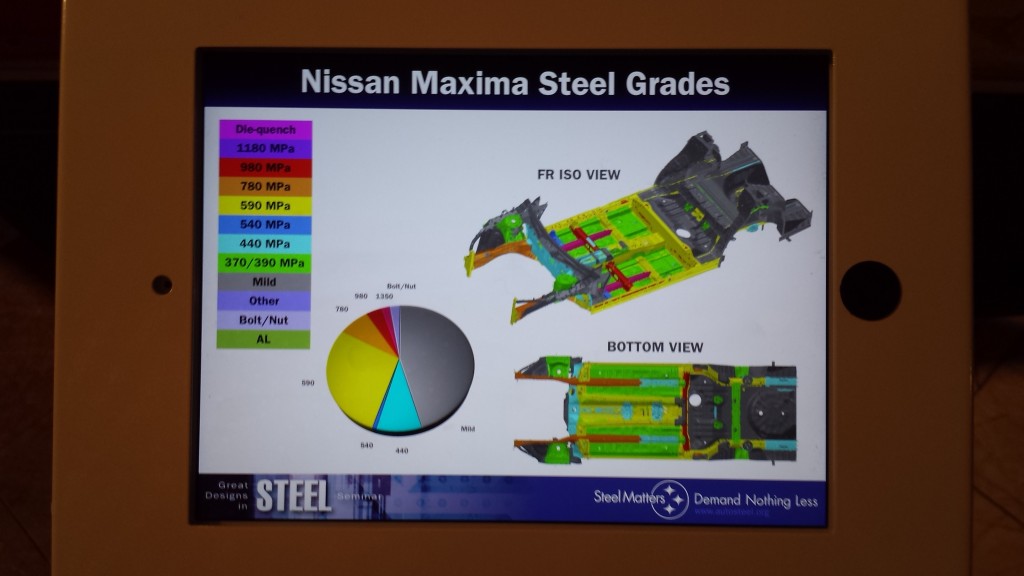 Data provided from Nissan is fascinating. On the upper body, only 55.5 percent of the car is mild steel — and that includes stuff some might not even call mild, like 370-390 MPa alloys. More than 15 percent of the structure is 980-MPa or higher steel, nearly matching the big chunk — 16.6 percent — of 590-MPa steel.

Nissan’s Maxima isn’t the Altima and sales were down 6.5 percent in 2014, but the company still sold more than 50,000 of them last year, according to GoodCarBadCar. How it builds this car will matter to repairers, and you’d better find out from Nissan how to and how not to repair its very strong body.

The presentation also gave some details about the load path — how energy will move through the car in a crash. These are worth noting for collision repairers; a recent Society of Collision Repair Specialists Repairer Roundtable pointed out that load pathing can result in areas of the vehicle nowhere near the point of impact being altered from it.

On a small-overlap crash, the idea is to push off the front structure’s barrier and send energy up through the A-Piller and backward through the sill. Other energy travels inward through the floor cross-members.

In an offset deformable barrier crash, energy travels through the side member (obviously) — which Nissan points out is more efficient at absorbing energy because of high-strength steel — and up through the A-pillar and back through the sill and floor cross-members as well as down below the A-pillar. 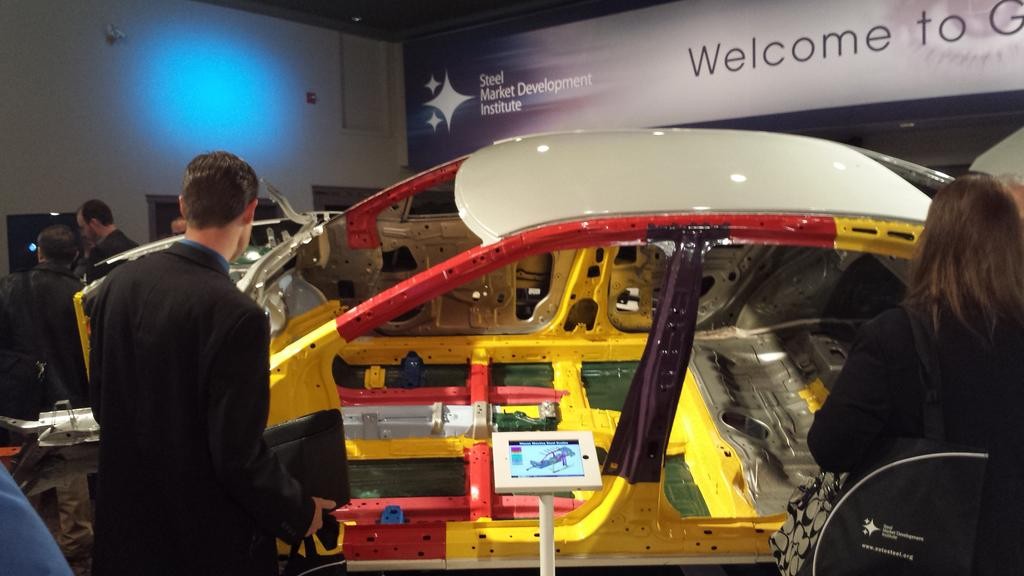 Correction: An earlier version of this story gave an incorrect model year for the Maxima discussed at the Great Designs in Steel event. The car is the 2016 Nissan Maxima.

A Nissan engineer said last week that the company used “a lot” of ultra-high-strength steel in the 2016 Maxima — and the company is planning to use more of the extremely hard, thin material in the future. The car’s body in white is shown here; warmer colors are high-strength steel; the dark purple B-pillar is 1,180-megapascal steel. (John Huetter/Repairer Driven News)

Steel grades on the 2016 Nissan Maxima. (Courtesy of I-CAR/original image provided by Nissan)

The bottom of the 2016 Nissan Maxima and its steel grades are shown. (John Huetter/Repairer Driven News; original image provided by Nissan)