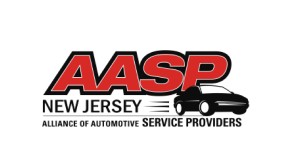 Editor’s note: Following Republican Gov. Chris Christie’s announcement that New Jersey Insurance Commissioner Ken Kobylowski will step down and corporate trial attorney Richard J. Badolato will be nominated to succeed him, we reached to the Alliance of Automotive Service Providers of New Jersey for comment. AASP-NJ Executive Director Charles Bryant released a lengthy response Thursday describing a discouraging pattern of agency-repairer interactions dating back before Kobylowski’s term. We have opted to run most of it, with minor edits, as a guest column: 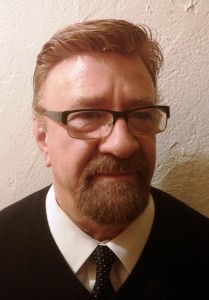 To be quite blunt, unlike, years in the past, the AASP/NJ has basically given up hope in making changes that would help the collision industry and the consumers we serve through the N.J. Department of Banking and Insurance. We have seen the Department take sides with insurers over New Jersey consumers with valid issues first-hand on too many occasions to ever think that we can rely on the Department to challenge the might of insurers.

As an example, we were responsible for the Department issuing Bulletin 07-20 back in 2007 pertaining to the use of a valid paint and material cost accounting program to determine the cost of paint and materials on auto property damage claims. It was a long and hard-fought battle to get the department to issue the bulletin, but eventually we provided so much information that proved our case, the department basically had no choice but to issue the bulletin.

In that Bulletin, the N.J. Department of Banking and Insurance stated that insurers are expected to provide repair allowances that are sufficient to restore damaged vehicles to their pre-accident condition and strongly recommended that insurers use one of the paint and material cost accounting programs available in the industry to calculate the cost of paint and materials. Bulletin 07-20 further warned insurers that the Department was monitoring insurer claim practices to confirm that allowances for all aspects of the repair process are sufficient. Bulletin 07-20 went on to state that, “As complaints are received by insurers and the Department, our Office of Consumer Protection Services will be conducting appropriate market analysis and market Conduct Examination process,” and concluded by stating that, “Insurers are expected to be prepared to justify their allowances.”

The fact is, insurers can absolutely not justify the traditional method of a dollar figure per paint-hour to determine the cost of paint and materials because of the variables involved like the difference in cost of colors such as red opposed to white, which can be hundreds of dollars. Yet, when insurers continued to use the dollar figure per paint-hour, the department made excuses for them and actually downplayed Bulletin 07-20 instead of enforcing it as written.  Obviously, the insurance industry used the same old Sky is Falling Tactics to convince the Department that enforcement of Bulletin 07-20 would result in raising the cost of insurance.  Plus, the Department never performed the Market Conduct Surveys as promised in the bulletin. By failing to provide the enforcement basically promised in the bulletin, the department allowed insurers to revert back to the same old practice of shortchanging insureds and claimants on claims for the cost of paint and materials.

In 2006, the AASP/NJ was instrumental in getting a regulation change that required insurers to provide insureds with the name and phone number of a “salvage facility” that would pick up a salvage vehicle and pay the amount deducted from a claim settlement for the salvage when an insured decided to retain the salvage and repair the vehicle because of economics. This change almost immediately resulted in insureds being treated much more fairly and salvage deductions being much less and much more realistic. However, within a fairly short period of time, the Department sanctioned a program insurers put together to allow Copart, who is a salvage auto auction, not a salvage facility as provided for in the regulation change, to provide unrealistic bids on salvage to substantiate the insurer’s unrealistic salvage deductions.  Now, insurers are right back making unrealistic salvage deductions that no salvage facility will actually pay for the salvage.

I could sit here and list our efforts to bring about fair-claim settlements for New Jersey consumers involved in collisions and collecting from an insurer for the loss like the situations referenced above where the Department of Banking and Insurance not only fail to support but played a part in overturning or interfering with in a way that supports insurers rather than support and protect insureds and claimants, but that is not productive for anyone. The bottom line is that every time something gets proposed that will result in protecting the insured or will result in an insurer having to act more fairly, the insurers convince the department that it is going to drive up the cost of insurance and the department takes a position against it.

In reality, we have a regulation in the State of New Jersey, like almost every other state, that has no teeth. Our regulation governing fair-claim settlement practices has a ridiculous clause that makes it basically worthless and certainly does little to protect insureds and claimants. Yes, the regulation actually covers almost every possible situation that could happen from the time a claim is reported to an insurer until the time that the claim is settled and closed. However, the clause that I am referring to stipulates that an insurer would have to violate the regulations enough to create a general business practice before the violation would be considered a valid violation. Although many may not be aware of this, the same provision is actually in the regulations governing fair claim practices in many or most other states around the country.

The best way to describe the effect of this provision in the regulations is comparing it to a law or rule making it illegal to run a red light. Then, telling a police officer that he or she must catch a person running the red light at least three or four times within a week, or enough to be considered a general practice before the police officer can give the party running the red light a ticket. What a joke!  The same goes for the regulations governing fair claim settlement practices. In reality, the only thing that the regulations governing fair claim settlement practices does for consumers in the State of New Jersey does is give consumers a warm and fuzzy feeling that there are a set of rules and regulations that insurers must follow during the claim settlement process. The truth is, the only way these regulations would be worth the paper they are written on is if a one-time violation were considered a valid violation and if there were a cause of action created that would allow the insured to sue the insurer when an insurer were to violate the regulation, even once.  This provision has been proposed many times in the State of New Jersey, but when it gets presented the insurance industry again goes to the department and makes the claim that such a provision would once again, drive up the cost of insurance, and then even the department takes a position against such a provision.

The bottom line is that we have lost confidence that we will ever be able to get the department to support changes that would really help resolve the many problems that consumers and the collision industry is faced with on a daily basis, no matter who the Insurance Commissioner is. However, with that said we will be reaching out to the new Commissioner once he is settled in and once again see if he is willing to listen and act on issues that we bring to the table. If so, we will be extremely pleased and provide any and all documentation to support our claims. If not, we are confident that these issues will ultimately be worked out through the courts. We are already seeing more and more issues get resolved through the courts by the use of the assignment of proceeds not only in New Jersey but across the nation. In the meantime, while waiting for the new Commissioner to take office we will remain positive.

Charles Bryant is the executive director of the Alliance of Automotive Service Providers of New Jersey.