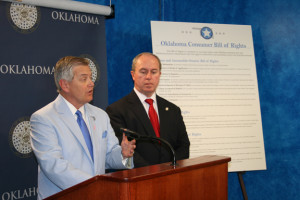 At least 21 of the state and District of Columbia insurance commissioners have direct ties to the insurance industry on their resumes, which while guaranteeing knowledge of their subject also raises the question of how impartially they can regulate their former employers.

The biographies, provided on the National Association of Insurers’ Commissioners website and compiled in this table by Repairer Driven News, show a variety of industry jobs. Some are distant links, like Nevada’s Scott Kipper having worked briefly as an agent before spending the rest of his career in government.

Others have attained high rank at insurers or have owned their own agency, such as Maryland’s Al Redmer, who recently sold his to avoid a conflict of interest. Still others have held a prominent role in an insurance organization, like Delaware’s Karen Weldin Stewart, the founder of the International Association of Insurance Receivers, or South Carolina’s Ray Farmer, a former vice president of the American Insurance Association.

We kept our tally conservative, not even counting those with indirect industry ties, such as the outgoing New Jersey Insurance Commissioner Ken Kobylowski and his potential successor, Richard J. Badolato, both of whom have been private practice attorneys representing insurers.

We can’t say whether a commissioner is elected or appointed matters in a former insurance company employee reaching the commissioner role. Only two out of the 21 sitting commissioners with such ties were elected, but as only about a fifth of the 51 commissioners overall are elected anyway, so it doesn’t seem appropriate to draw any conclusions based on the small sample size.

But, as judges must recuse themselves when regulating a company and body shop hopefuls running for the commissioner post make insurer donations to their opponents a campaign issue, we raised the question of if it is appropriate for an insurance commissioner to handle cases involving their former industry.

‘Every day as regulators, we walk a fine line’

For a neutral commissioner’s perspective, we contacted NAIC Vice President Sharon Clark, the commissioner of the Kentucky Department of Insurance. Clark has spent most of her career in state government, including serving as the first director of her agency’s Consumer Protection and Education Division.

“It’s not unlike other parts of state government,” she said, giving the example of her husband, a member of the state transportation cabinet who’s worked in that industry.

Clark said that familiarity with one’s industry can bring a “perspective that’s needed,” and there’s the potential that “you can be accused of being more strict” to compensate for the perceived bias. (Or, as a NAIC staffer observed, “The more you know about something, the more contempt you have for it.”)

She also pointed out that the ties might not be that deep: “Most commissioners were not the top echelon.”

However, Clark also said her department hadn’t suffered from her lack of direct insurance industry employment.

“I know what the caliber of the staff is here,” she said. “… My role as commissioner is to support the Kentucky staff to do their job.”

The potential for bias isn’t just something exclusive to commissioners with a reference from an insurance company, according to Clark.

“Every day as regulators, we walk a fine line,” she said; both insurers and consumers deserve protection.

While Clark hasn’t worked for an insurer, some of her staff has, and they bring a “very valid viewpoint.”

“I don’t penalize them,” she said, though the employee must put their insurance license into escrow. She said their backgrounds actually can help protect consumers — former claims adjustors know the tricks the industry tries to use to save money.

“It’s varied (the department’s staff), and I think that makes for a good mix,” she said.

Examiners can’t investigate their former employers and there’s other standards as well for the department, she said, calling it “a little more stringent” in Kentucky.

She said only one employee was investigated internally in eight years, and it turned out to be “something minor” — a premium tax applied incorrectly, and not intentionally.

“It would be very difficult for someone to really stack the deck,” she said.

‘There is no conflict of interest’

We’d attempted to get input from John Huff, Missouri insurance commissioner and NAIC president-elect, for a perspective on the topic from a NAIC leader who had worked for the insurance industry. However, our questions submitted to the department June 29 hadn’t been answered as of press time. (In Huff’s defense, a spokesman said the commissioner would have to try and fit them around a busy schedule.)

But we also put the question to Oklahoma Insurance Commissioner John Doak, a former Farmers agency owner and insurance executive — who has also released anti-steering public service announcement in December 2014 and in March challenged insurers’ “extraodinary denial rate” of Oklahoma earthquake claims, according to the Tulsa World.

Doak, a Republican elected to the post, wrote in an email that having worked for an insurer was a nonissue — particularly as Oklahoma law required commissioners to have spent time as an insurer or regulator.

“There is no conflict of interest,” he wrote. “I gave up my insurance licenses when I ran for office. I was elected by the people of Oklahoma to protect their interests and that’s what I aim to do every day. Oklahoma law requires that the Insurance Commissioner have at least 5 years of experience, either in the industry or in insurance regulation. So it’s what voters require and expect.”

He didn’t have any guidance for other commissioners who’ve worked for the industry before, arguing that there weren’t any conflicts.

“We’re here to help and protect consumers,” he wrote.

Doak gave a similar answer when asked about how he handles decisions about his former companies and colleagues or if he’s recused himself.

“Our Department treats every company the same way,” he wrote. “We conduct financial and market conduct exams and, if needed, step in to prevent insolvency or abuse of consumers, respectively. We expect insurers to treat policyholders fairly. If that doesn’t happen, they will definitely hear from me.”

Doak wrote that his past experience has “absolutely” helped with his current role.

“My background was especially helpful after the tornado outbreak in May 2013,” he wrote. “I know what it’s like to handle an avalanche of claims. Because of that, I was able to implement some processes to make things easier for those affected by the tornadoes.”

So far, there haven’t been any complaints from the industry, which “has always been receptive to our concerns,” according to Doak.

However, one collision repairer, Gary Wano Jr. of G.W. and Son Auto Body, was more skeptical of Doak’s performance.

Wano said that Doak had only done the anti-steering PSA after Republican state Attorney General Scott Pruitt raised the issue in November 2014 and wasn’t convinced steering was a legitimate problem. The video, according to Wano, was done to elicit consumer complaints to see if there even was an issue.

“He basically admitted that,” Wano said, describing Doaks’ position as “’You guys (body shops) are the only ones saying it’s happening.’”

Wano said that while “I realize that that office does a lot … our stuff seems pretty low on the totem pole.”

“We don’t have the consumer pushing the buttons,” he said.

“Despite the fact that my office has received very few consumer complaints about the steering issue, we have taken several actions to address their concerns,” Doak wrote.

In November 2012, the agency mailed out nearly 650 posters to body shops reminding consumers they had the right to get a car repaired anywhere they wanted.

“As for the television and radio PSA, it was recorded on October 21, 2014 and started airing on January 1, 2015. Attorney General Scott Pruitt’s news release on steering was released on November 6, 2014 more than two weeks AFTER we recorded the PSA at the Danny Myers Auto Body Shop,” Doak wrote. “Since the campaign began, the PSAs have run 14,871 times on 126 (television) and radio stations across the state for a total value of $258,811. I am very happy with that result since we do not buy air time for these spots. The stations choose if and when to run them. They don’t have to run our messages at all so I am pleased that they have chosen to run this message.”

Doak wrote that the agency was “doing all we can” for Wano’s concerns.

“When our Consumer Assistance Division receives complaints, we investigate,” he wrote. “If wrongdoing is discovered, we take action. We will continue to monitor the steering situation closely and if we determine it has occurred, we will take action against those responsible.”

Wano did agree that Doak has been much more responsive to repairer concerns than his predecessor.

“He has given us more audience,” Wano said, noting that Doak is willing to take repairer meetings and return phone calls, and the agency “did spend some money” on the steering PSA.

But Wano questioned the merit of having an insurance commissioner who has worked in the industry.

“I think there are relationships that are built,” he said.