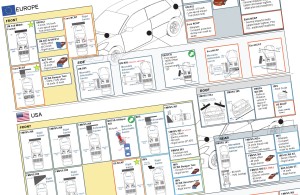 If you and your collision repair colleagues thought your repairs had to reach a high standard now, just take a look at what might be coming down the pike.

World Auto Steel on Thursday announced it had commissioned displays showing current and expected auto crash safety tests in the U.S., Europe, and other countries around the world.

Such tests if officially launched would likely stimulate even greater advances in vehicle design — if they haven’t already. That means auto body shops will probably have to contend with even more high-strength steel, aluminum, magnesium and carbon fiber as well as advanced safety systems built into the cars.

Possible future U.S. tests could include a National Highway Traffic Safety Administration oblique crash into a moveable, deformable barrier — such as another vehicle — at nearly 56 mph, according to the chart. They also could include a truly head-on New Car Assessment Program crash into a rigid barrier with a 50th-percentile-weight and 5th percentile dummy inside at nearly 35 mph.

Click on the image to download a free copy from World Auto Steel and see more about the different tests. The chart also features Asian countries. 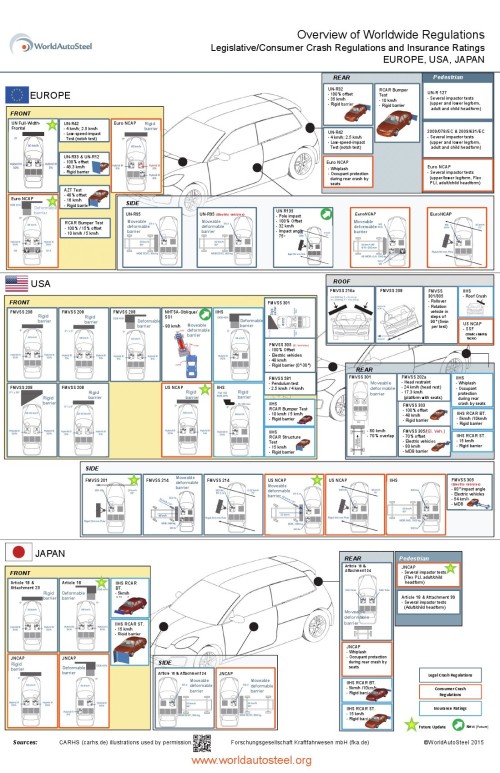 Featured images: World Auto Steel on Thursday announced it had commissioned displays showing current and expected auto crash safety tests in the U.S., Europe, and other countries around the world. (Provided by World Auto Steel)